The suspect escaped twice and allegedly fought police both times - even after being shot during one of the struggles. 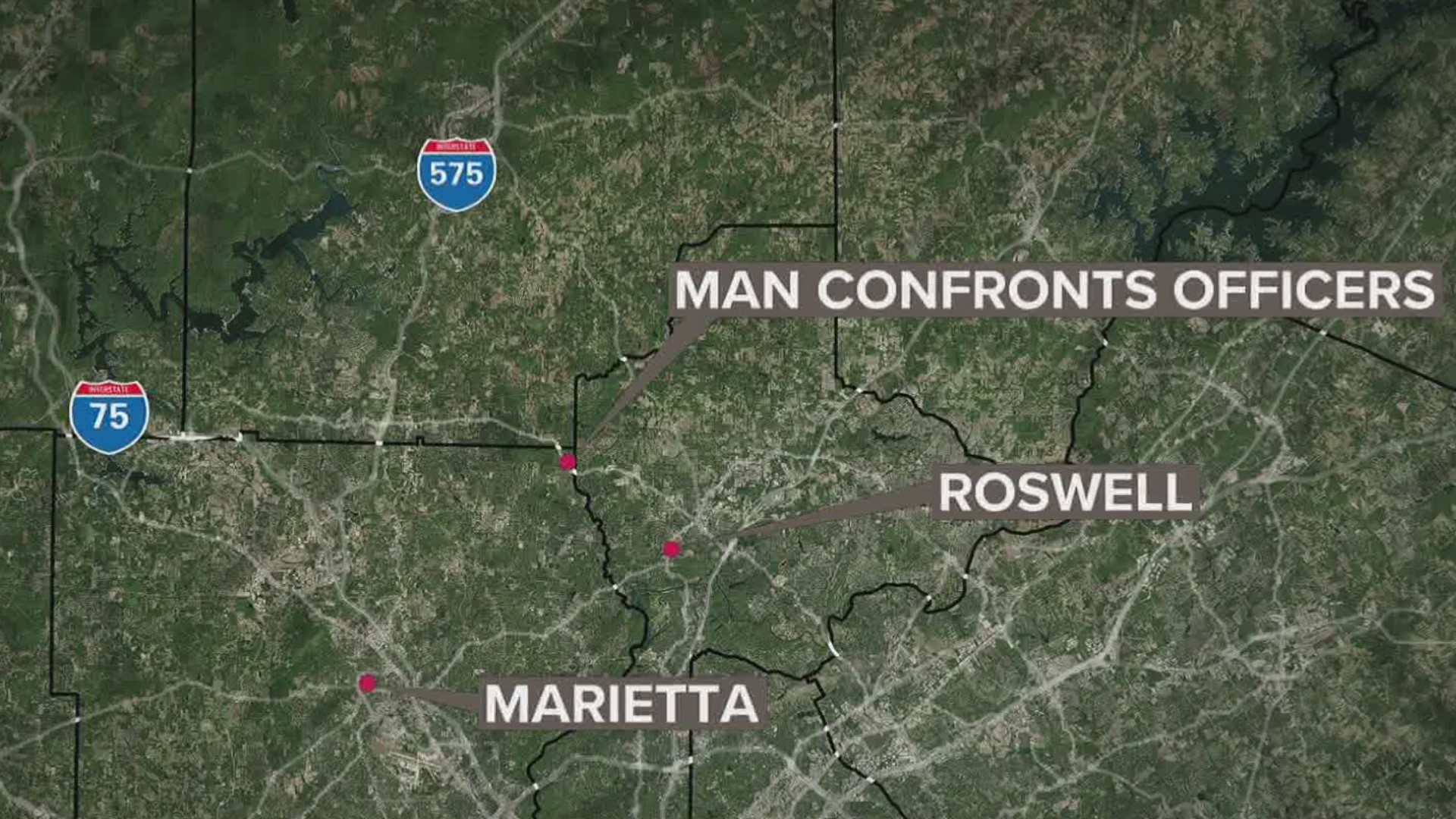 COBB COUNTY, Ga. — A Cobb County officer and a suspect are both in the hospital recovering after a man's alleged violence toward a business's employees turned to officers on Sunday morning.

Police said the suspect had left by the time officers arrived, but additional calls came from the area alleging he had continued to attack people in nearby parking lots. Officers eventually found him and he attacked them as well, causing a leg injury to one in the process.

He then ran but was found again in a nearby neighborhood. Once again, police said he attacked but was fired upon by one officer. Despite being injured, the suspect ran once again.

Following a coordination search between the Cherokee Sheriff's Office, Roswell Police, Georgia State Patrol, and officers from Cobb County, he was located once again and taken into custody. The suspect, who police haven't yet identified, was taken to Wellstar Kennestone Hospital with a gunshot wound to the waist. Police described it as "non-life-threatening" though his condition wasn't released.

The officer injured in the attack was also taken to Kennestone for treatment.

The case has since been turned over to the Georgia Bureau of Investigation for further investigation. A spokesperson for the agency said this is the 39th officer-involved shooting it has been requested to investigate since the beginning of 2020.