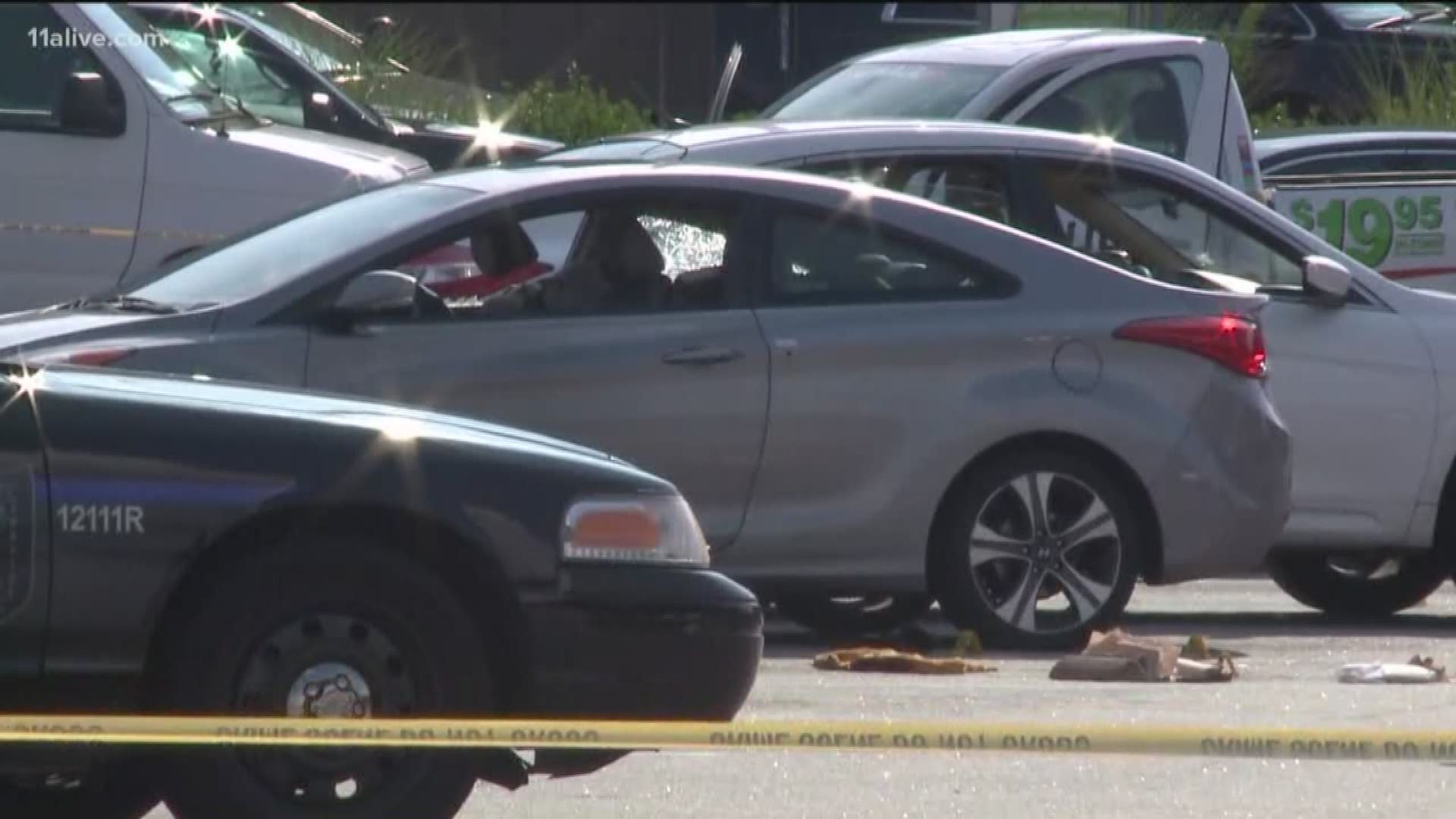 DECATUR, Ga. -- Police have released the names of two men charged in Friday afternoon's shooting inside a DeKalb County Kroger.

Andrew Banks, 23, and Austin Harris, 18, are both charged with two counts of aggravated assault and theft by taking.

Police said no other suspects are being sought.

According to police, multiple 911 calls came from the parking lot of the Kroger off Wesley Chapel and South Hairston roads at around 4:15 p.m. of shots being fired.

When police got there, they found two people who had been shot. They later got word of another injured person who had been taken to an area hospital.

On Saturday, DeKalb police said the third victim had been struck by a stray bullet and was not involved in the altercation.

There were no fatalities.

According to police, the couple was inside the store when a group of three began following them. The trio then followed the couple out of the store into the parking lot, where there was an exchange of "a large amount of gunfire," said police spokesperson Shiera Campbell.

Police believe the group targeted the couple, but don't believe the parties knew each other before the incident.

One of the suspects is in custody and another is in a hospital recovering from the shooting.

AND | 3 shot in parking lot of DeKalb County Kroger; 1 detained