Members of the community say they have no issue with the nightlife, but the massive parties punctuated by gun violence are out of hand. 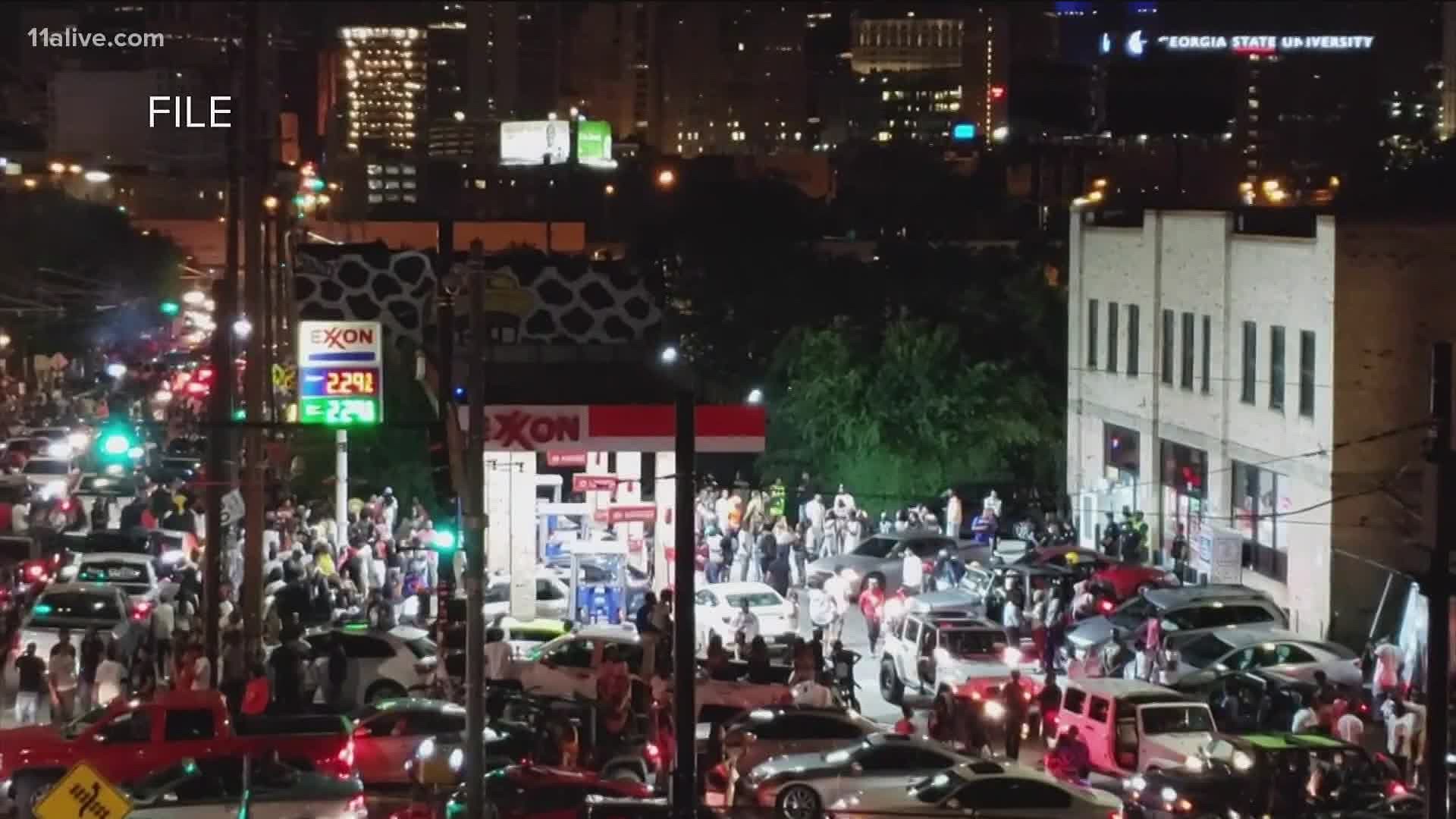 ATLANTA — Neighbors in the Sweet Auburn community say they are fed up after months of weekend crowds, noise, and more. Groups say it’s affected business and quality of life in the area.

And despite efforts all summer to calm things down, they said little has changed. The late-night weekend parties on Edgewood Avenue are still an issue that not only brings noise but, at times, gun violence.

He lives in the area and said he and his neighbors have tried to get help. That includes reaching out to the city council and police.

But he said they haven't gotten much of an answer. At this point, he said the partying on weekends is like clockwork.

Williams and his neighbor Martin Zavala agreed to speak only by phone without showing their faces because they fear for their safety.

At least three other neighbors reached out but declined to speak on the record.

“Safety is absolutely the number one. I have now, on two different occasions, have yelled at my girlfriend to get down because we didn't know where the gunshots were coming from,” Zavala said.

“Without really any agenda, I think we all just seek to find a peaceful solution so that everybody feels safe,” Williams added. “People can still come down here and have a good time because that's the reason we moved here.”

Earlier in the summer, businesses on Edgewood Avenue formed the "Sweet Auburn Coalition" telling 11alive in June that they're frustrated.

And, just about a month later on July 4 Weekend, 14 people were shot – and two of them died. Investigators said the violence stemmed from a car hitting someone in the crowds that night.

This situation has become an example of why neighbors say the chaos needs to end the chaos – not the fun.

“The people who live in this neighborhood, they want the nightlife here. We absolutely want people to have fun here,” Zavala said.

11Alive reached out to councilmembers and Atlanta Police but have not heard back.