Teen girl was driven around the state, sold for sex for six months, say officials

"She should be doing things like learning to drive. Maybe attending school dances, or thinking about going to college.” 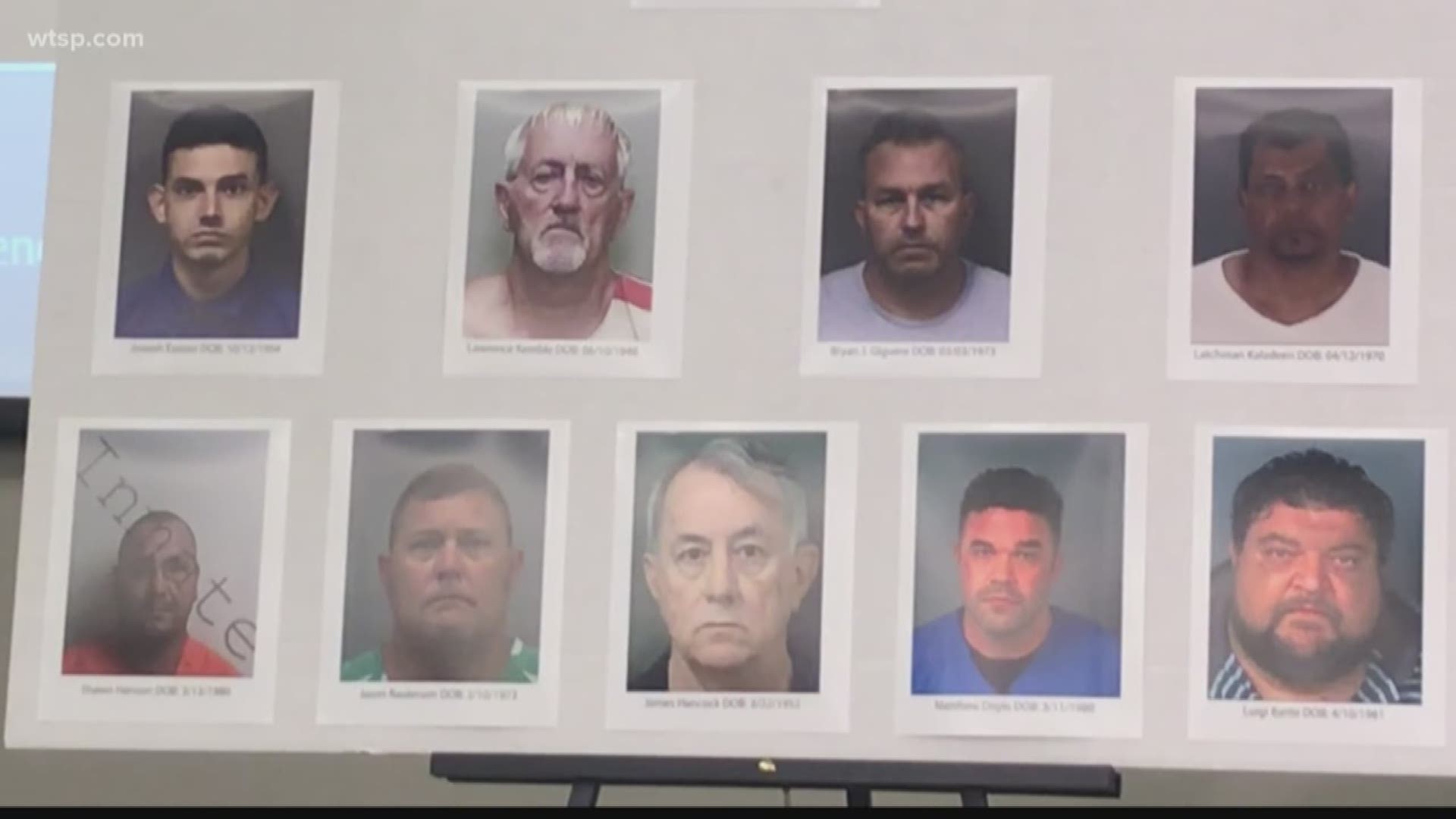 In Hernando County, officials have announced the results of a two-year human trafficking investigation.

Acting on a tip, investigators say it was two years ago to the day that they had rescued a girl who’d been sold into prostitution for at least six months.

“The victim, a middle-teenage girl,” said Hernando County Sheriff Al Nienhuis, “was not attending school. She should be doing things like learning to drive. Maybe attending school dances, or thinking about going to college.”

To protect the victim’s identity, officials wouldn’t say much about her or the person who had trafficked her.

But it was someone who should’ve been looking out for the girl’s best interest.

“Someone acting in a guardian, parental role,” said Florida Attorney General Ashley Moody. “What more horrifying situation can you imagine for a child?”

Officials say the girl was sold for sex on the now-defunct website Backpage.com. Her guardian had driven her around the state, they say, forcing her to meet with men who in some cases had sent the girl pictures of their own children.

“I do believe that there are other customers and that this is just the tip of the iceberg,” said Nienhuis.

RELATED: 10 charged in human trafficking bust out of Hernando County

Among the nine customers arrested was 39-year-old Matthew Doyle, a lieutenant with the East Lake Fire Department. He is now suspended pending the outcome of the investigation.

Doyle’s neighbors, who witnessed his arrest Thursday, say he has children of his own.

“I don’t necessarily feel that my children are in danger, that we are in danger,” said neighbor Ashley Clark, “But, you know the fact that the person across the street was arrested -- that in itself is disappointing.”

Also among those arrested was 38-year-old Luigi Barile. Investigators say he operates the popular Chefs of Napoli Italian restaurant in Spring Hill and the Villages.

She said news of the arrest had not only cost the restaurant her business on this day, “It’s cost them my business forever,” she said.

Several agencies were involved with the investigation and arrests, including the Hernando County Sheriff’s Office, the Florida Department of Law Enforcement, several sheriffs' offices and the Florida Attorney General’s Office.

The men arrested were charged with human trafficking, not merely prostitution, say officials, because it was clear that the victim they’d paid to have sex with was underage and being coerced, “That they knew, or recklessly disregarded that someone in this instance, juvenile, was being trafficked and they were part of the conspiracy,” said Moody.

The young victim in the case was placed in a much-safer, nurturing location, say officials. She is back in school, learning to play the piano, and considering a career as a social worker so she can help other people in similar circumstances to her own.

This case, they said, underscores a commitment to fighting Human Trafficking in Florida. Anyone who hears or sees something unusual is encouraged to contact the nationwide human trafficking hotline at 1 (888) 373-7888.