The victim was shot and killed in a room full of people when the suspect was playing a pistol. 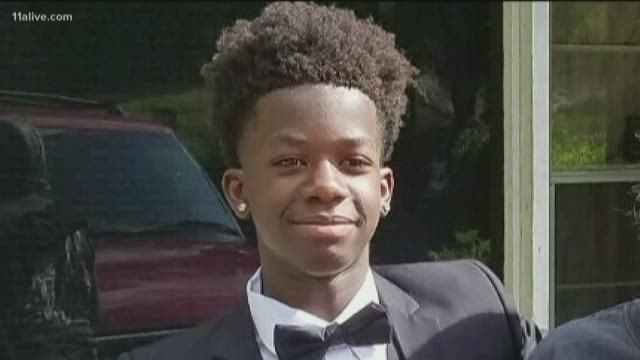 ATLANTA - A teenager has turned himself in for the shooting death of another teen, 15-year-old Carlos Davis II.

The shooting happened on Sunday, March 4, at a home in the 800 block of Mercury Drive, NW at around 7:00 p.m. Davis was transported to Grady hospital where he later died.

Jefferey Reeves, 17, arrived to the Atlanta Police Headquarters Monday morning with his mother and said the shooting was an accident.

Police said Reeves had been playing with the pistol in a room full of people, which included the victim, when the gun went off and shot Davis.

According to police, Reeves also turned over the weapon to investigators. He was arrested and charged with involuntary manslaughter. Reeves is being held at Fulton County Jail.

(Photo of Davis and family member)