The sheriff placed the sisters No. 2 on his top ten most wanted list. 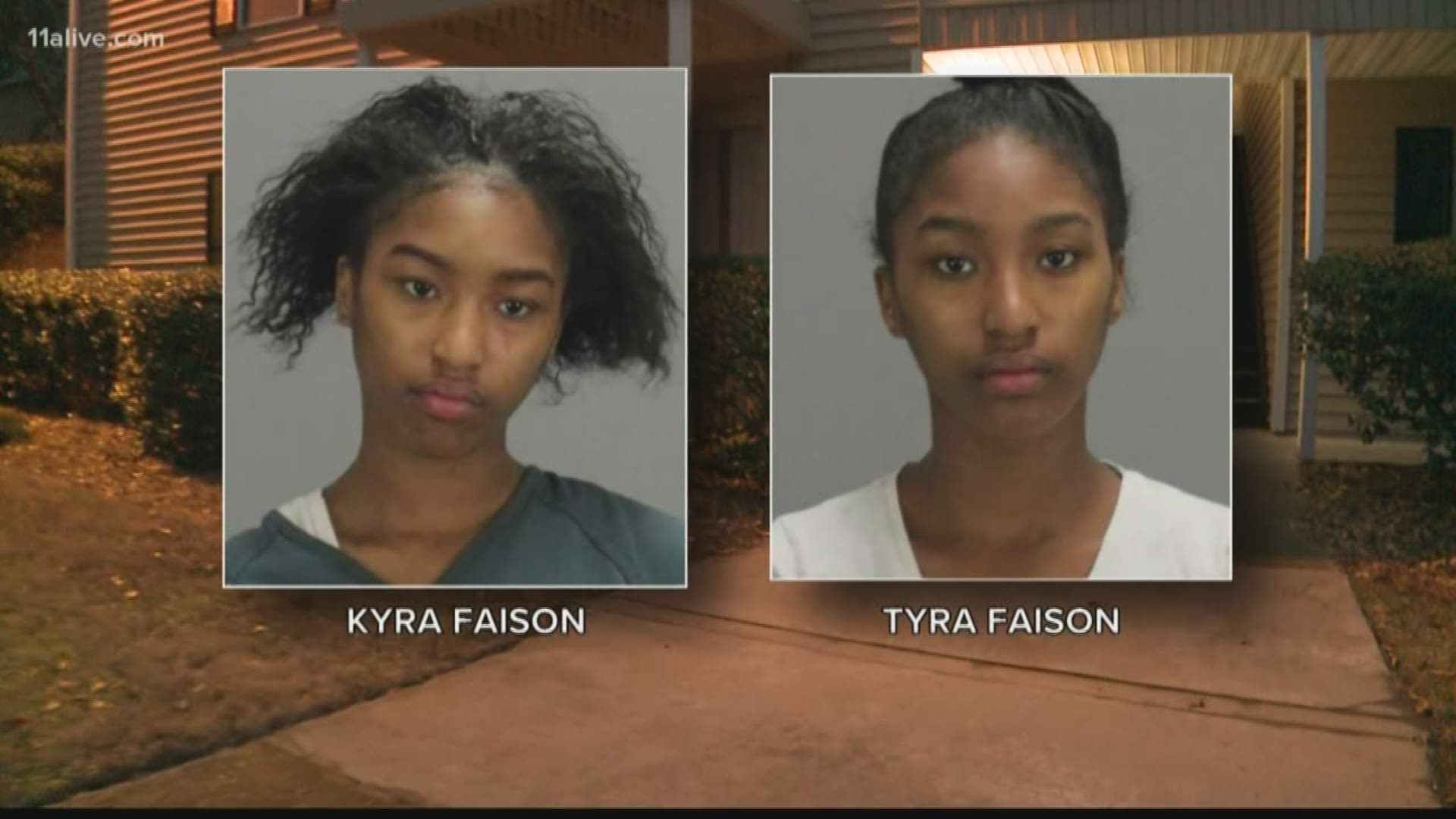 CLAYTON COUNTY, Ga. — Twin, 19 year old sisters who came into the world together - have now been placed on Sheriff Victor Hill's top 10 most-wanted list together.

Clayton County Sheriff Victor Hill said Monday that on Dec. 10 at about 2 a.m., Kyra and Tyra Faison left a woman, Lyiah Elskoe, 20, with serious injuries after they kicked open the door of an apartment where Elskoe was staying and beat her in the face with a frying pan.

The sheriff said the Faisons then dragged Elskoe out of the apartment and took her car keys and phone while hitting her with their fists.

Arrest warrants say Elskoe and the twins are acquaintances of each other.

An investigation into the incident by the Clayton County Police Department resulted in the warrants being issued for the Faison twins for aggravated assault with a deadly weapon, aggravated battery, robbery, burglary with intent to commit a felony in the first degree and criminal trespassing with damage to property.

Kyra Faison is also now wanted for failure to appear on the charges of reckless conduct, theft by receiving stolen property and discharging a firearm on the property of another. This charge is a result of her failure to appear in court to answer her original charges on Dec. 12 after the incident two days prior.

Kyra and Tyra Faison are described as black female identical twins with brown eyes and black hair. Both girls are 5'2" tall and weigh approximately 117 pounds.

Both should be considered armed and dangerous, according to the sheriff, and he said anyone who spots them should call 911 immediately. Anyone who has any information about the twins can contact the fugitive squad at 770-477-4479.