She was shot in the chest. 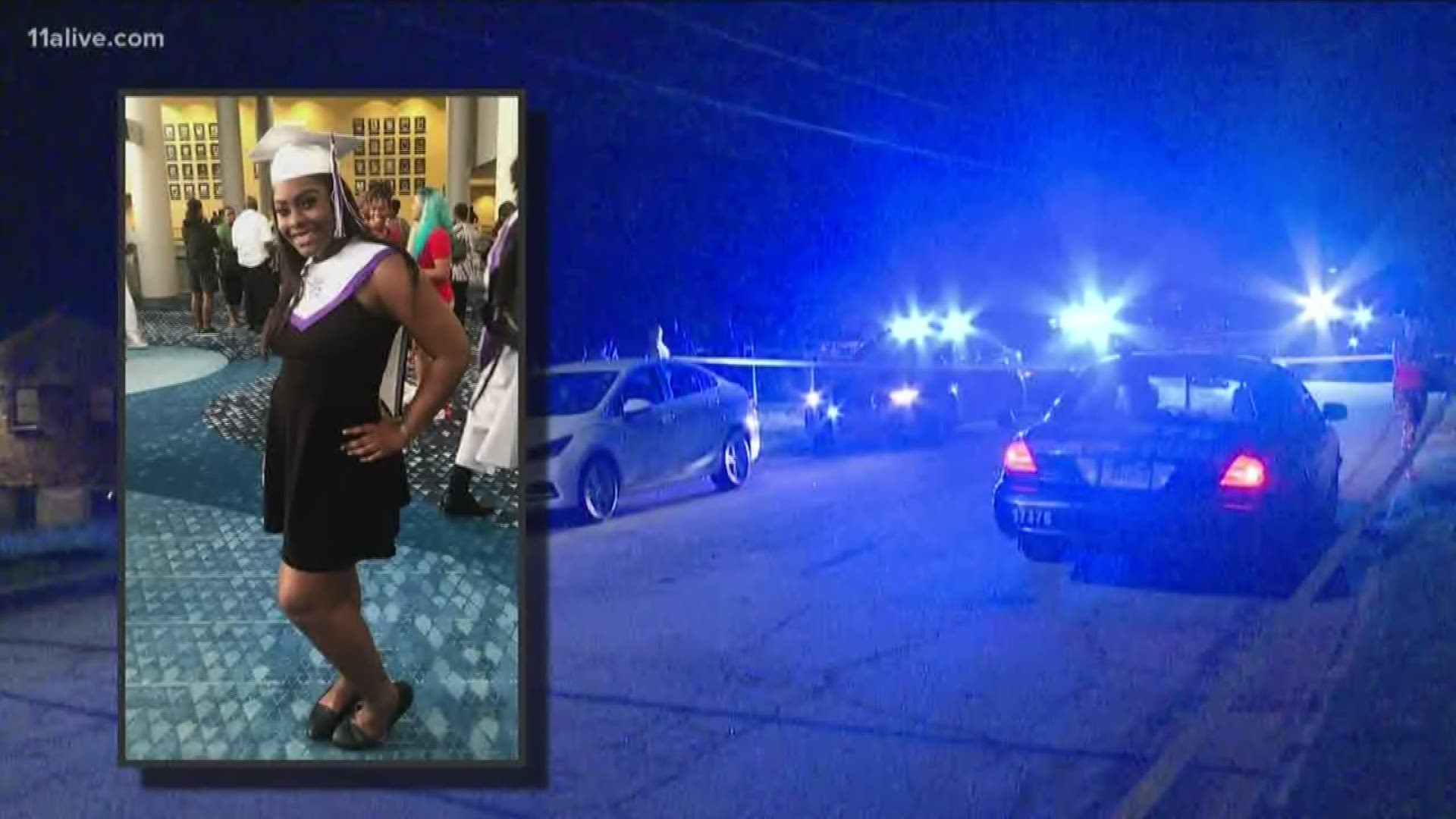 ATLANTA — A recent high school graduate's life was cut short after stray bullets went through her window and killed her. It happened off River Ridge Drive SW shortly after 5:30 a.m. on Thursday.

The family identified the victim as 18-year-old as Jessica Daniels.

Authorities believe there were at least two shooters who were shooting at each other when one of the bullets came through Daniels' window and killed her. Police are still trying to find out what type of gun was used to shoot this young woman in the chest.

At least three people were in the house at the time of the shooting: The victim, her mother, and grandmother. Police are still searching for the people responsible for taking this young woman's life. Neighbors said they heard the shooting going on in the street, but did not see who pulled the trigger.

At this time, authorities don't believe she was targeted. Her family told 11Alive's Neima Abdulahi that Daniels was scheduled to have a job interview on the morning of her death.

"18-year-old, on her way to college, today she's supposed to be going for a job interview, she did not make it, by a stray bullet, please, someone please help us." Daniels' aunt said through tears.

"I'm not going to rest until somebody let me know something," Daniels' grandfather said emotionally.

Daniels also was not the only young person inadvertently shot in the metro Wednesday: A 4-year-old girl was struck by a stray bullet inside her DeKalb County bedroom, as well.

Police said that girl was hit in the foot, and may need the foot amputated.

11Alive's Neima Abdulahi reported neighbors heard two men were shooting at each other outside of the apartment. A witness on the scene said that he heard at least four or five shots from what sounded like a semi-automatic weapon.

The incidents happened only about 10 miles apart.

Police are asking anyone with information on the shooting to contact the Atlanta Police Department or Crimestoppers at (404) 546-4235 or 404-577-TIPS (8477). A reward up to $2,000 is being offered for information leading to an arrest in the shooting.