The device's creators describe it as a tool for handling subjects in crisis, preventing them from harming themselves or others. 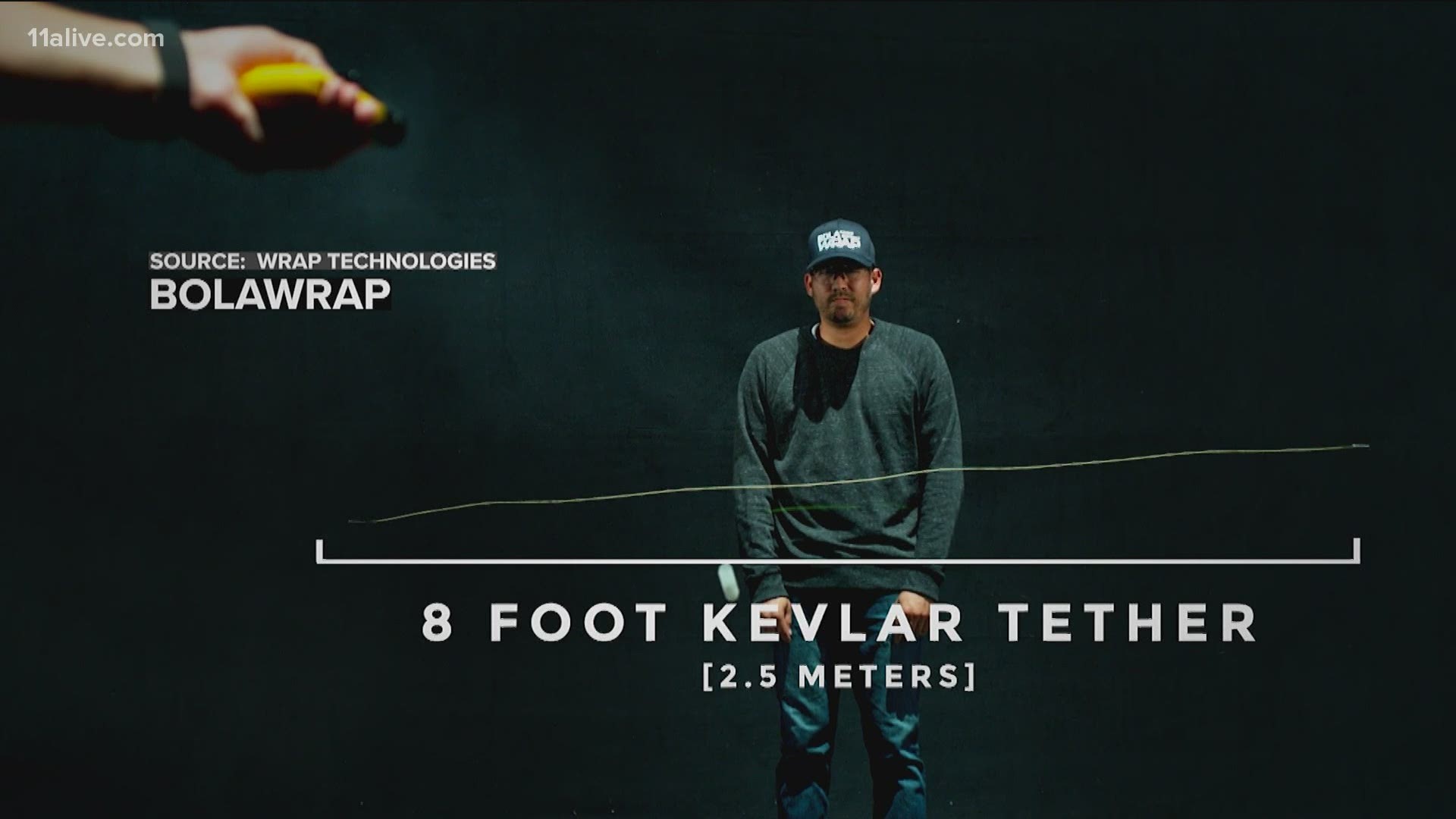 ATLANTA — Atlanta Police are testing out a special device aimed at restraining subjects from a distance - and limiting the chance for injury in the process.

A department spokesperson confirmed to 11Alive on Sunday that the department is "looking at the possibility" of using the BolaWrap technology designed by Wrap Technologies as a non-lethal means of "engaging with persons in crisis."

According to the company which designed the device, the BolaWrap allows an officer to fire a tether that wraps around the person allowing them to restrain someone from a range of 10 to 25 feet.

Videos shared by the company purporting to show a test by Atlanta officers show the device being used to wrap around the legs of a volunteer and the torso of a test dummy.

Another Georgia department shared their experience with the restraint technology in a 2018 11Alive interview. The department described how the device works using the power of a nine-millimeter cartridge and a fast-moving tether.

Lt. Eric Lore said that their department - one of roughly 100 agencies in the U.S. using the device at the time - saw it as a way to handle subjects who were threatening to harm themselves or might be armed with a knife.

The company behind the technology has held demonstrations around the United States with some success in bringing police departments aboard. However, according to a 2019 article from the Washington Post, there are some who are still skeptical of its effectiveness with the D.C. police chief, Peter Newsham, suggesting that he was unsure the device could truly stop someone "who is not trying to be taken down."

The article also points to a cost of between $1,000 and $1,300 per device at the time. This cost would be inclusive of equipment like holsters and cartridges. The company website does not provide a price on its website but allows potential customers to request a quote.

Some opponents to the price tag suggested that these funds should be put toward mental health resources to help prevent the situations where the device could be used.

Still, proponents suggest it's one more less-than-lethal tool to bring a peaceful end to these situations when they do arise.

As for Atlanta Police, the department hasn't provided any additional details on whether they intend to use the product or how far along in the evaluation process they are at this point.