The Georgia Bureau of Investigation released a clip of the deputy's body camera video Tuesday evening. 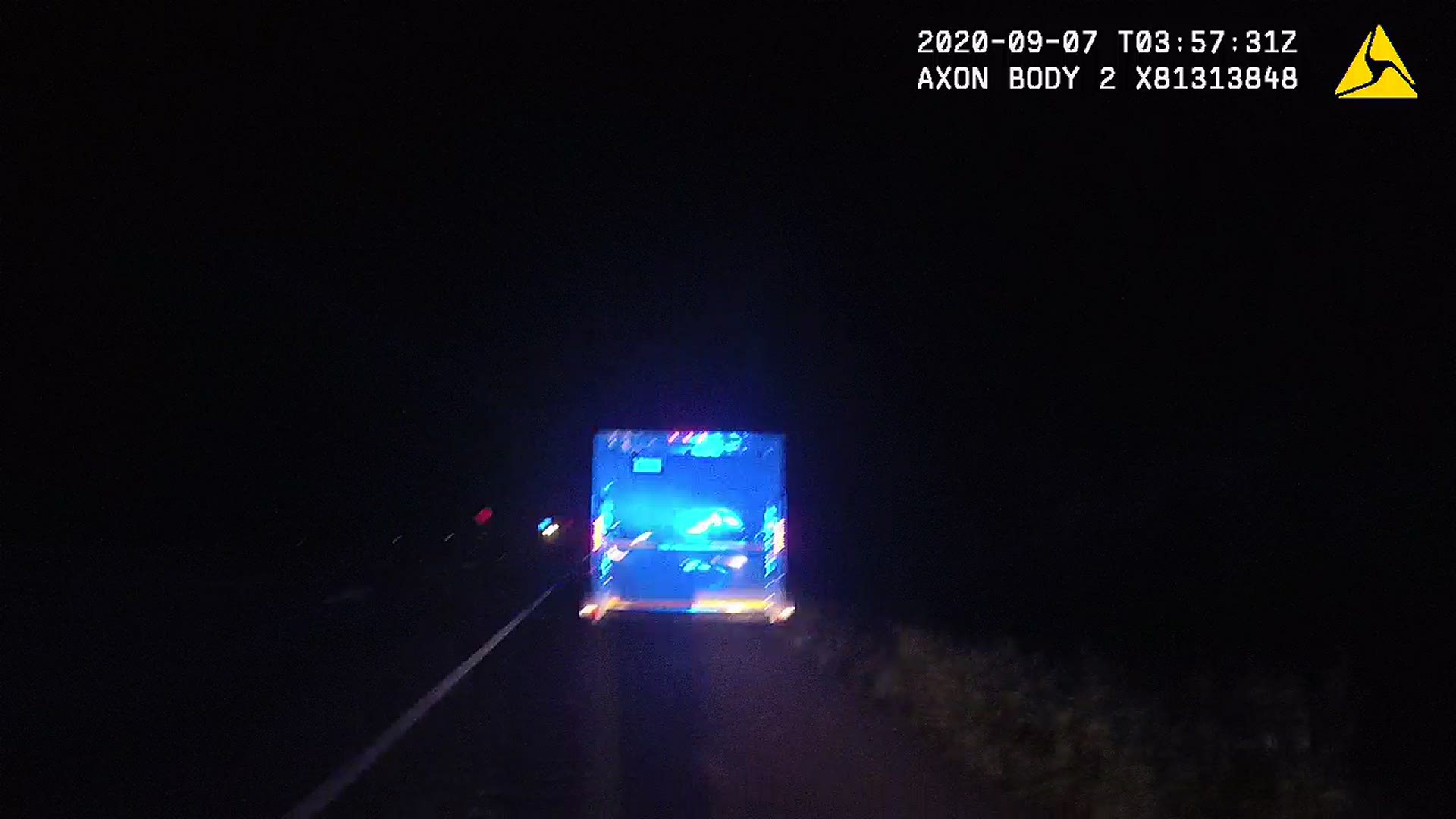 According to the GBI, Whitfield County Sheriff's deputy Darrell Hackney had pulled over a stolen trailer being driven by 29-year-old Dalton Potter - one of two wanted Texas fugitives - on I-75 Monday morning.

The deputy's body camera video shows him approaching the trailer on the drivers' side and walking up to the driver's window on the white Chevy SUV. The deputy only has enough time to announce he's with the Sheriff's Office before Potter is seen in the video pulling a gun on the deputy. It happens within the span of 22 seconds.

According to the GBI, Potter fired off several rounds at Hackney, who was hit, but saved thanks to his ballistic vest. The GBI said Hackney and another responding deputy returned fire, but Potter still managed to escape.

The GBI said Potter ultimately crashed the SUV and trailer on I-75 south near the Whitfield / Gordon County line, and escaped into the woods on foot. The GBI issued a "Blue Alert" - issued when a violent criminal has killed or seriously injured law enforcement officers and has not been apprehended and may be of serious threat to the public - for the 29-year-old; he's still on the run and is considered armed and dangerous. If anyone spots Potter, they're asked to contact the Whitfield County Sheriff's Office at 706-370-4900.

RELATED: One of two Texas fugitives taken into custody by Georgia authorities

Meanwhile, authorities arrested the second Texas fugitive, 47-year-old Jonathan Hosmer, Tuesday morning after he was seen on a home surveillance system in a subdivision near the location where the truck wrecked. His charges are still pending.