While the officer is being credited with stopping the robbery, he said it is a bank employee that is the real MVP. 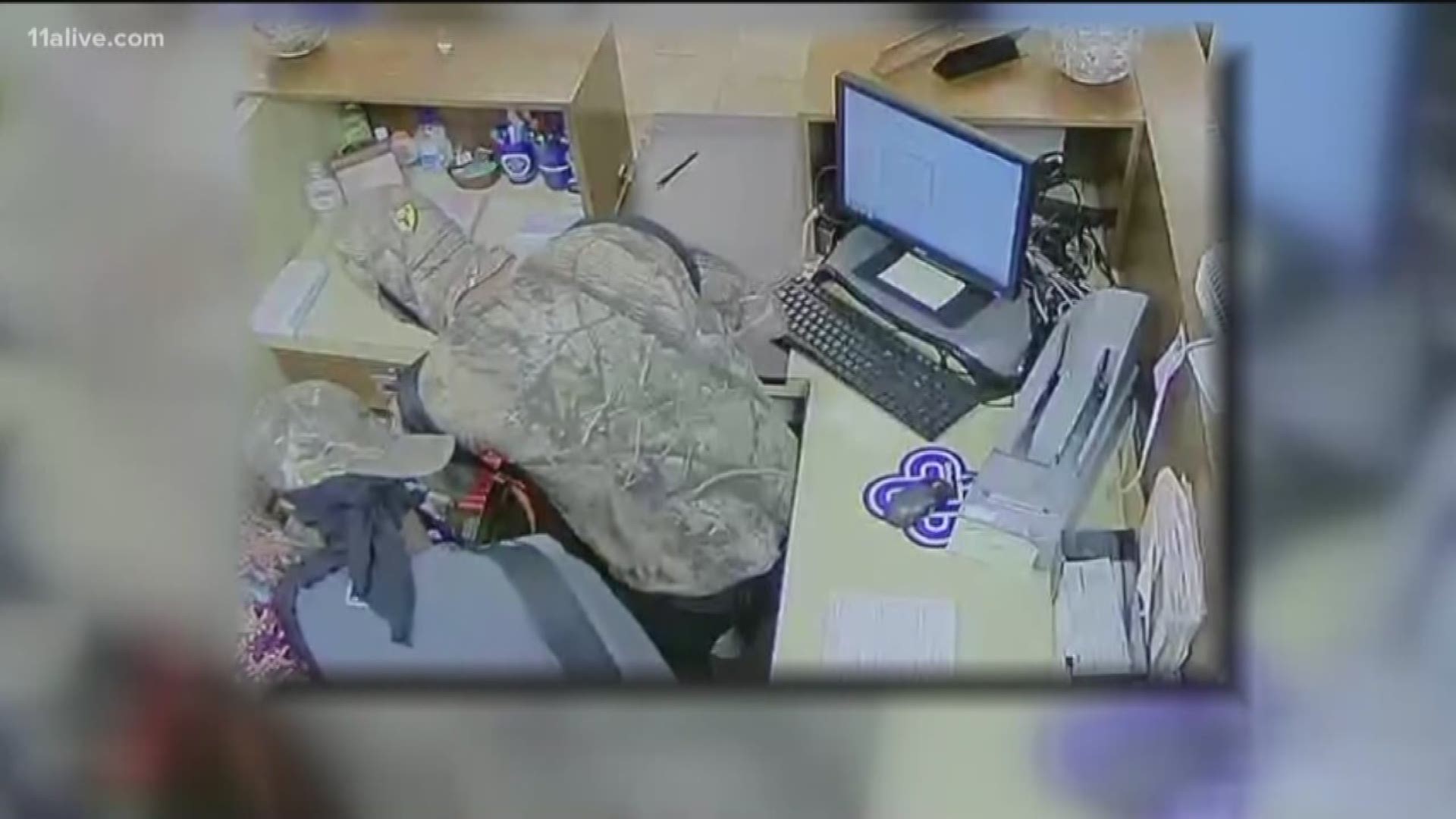 WOODBURY, Ga. - A rookie police officer in Meriwether County found himself staring down three bank robbers as they exited a bank Thursday afternoon.

Woodbury’s Chief of Police Sam Baity said Officer Arshiel Merchant’s actions are why two of the men are now in jail as the FBI continues to search for one more suspect and a getaway driver.

The robbery happened on June 28 at United Bank, the only back in the town of Woodbury, that is also only a few steps from the police department. The FBI reported the suspects held everyone in the bank at gunpoint as they grabbed an undisclosed amount of cash.

While Merchant is being credited with stopping the robbery, he said it is a bank employee that is the real MVP.

“I’m looking at the main door right there and I had my eyes on…my view for the side door,” Merchant said.

Officer Merchant completed his training and joined the Woodbury Police Department just last year. His first big call was the bank robbery and he was the first officer to arrive.

Merchant parked in front of the post office across the street from the bank. 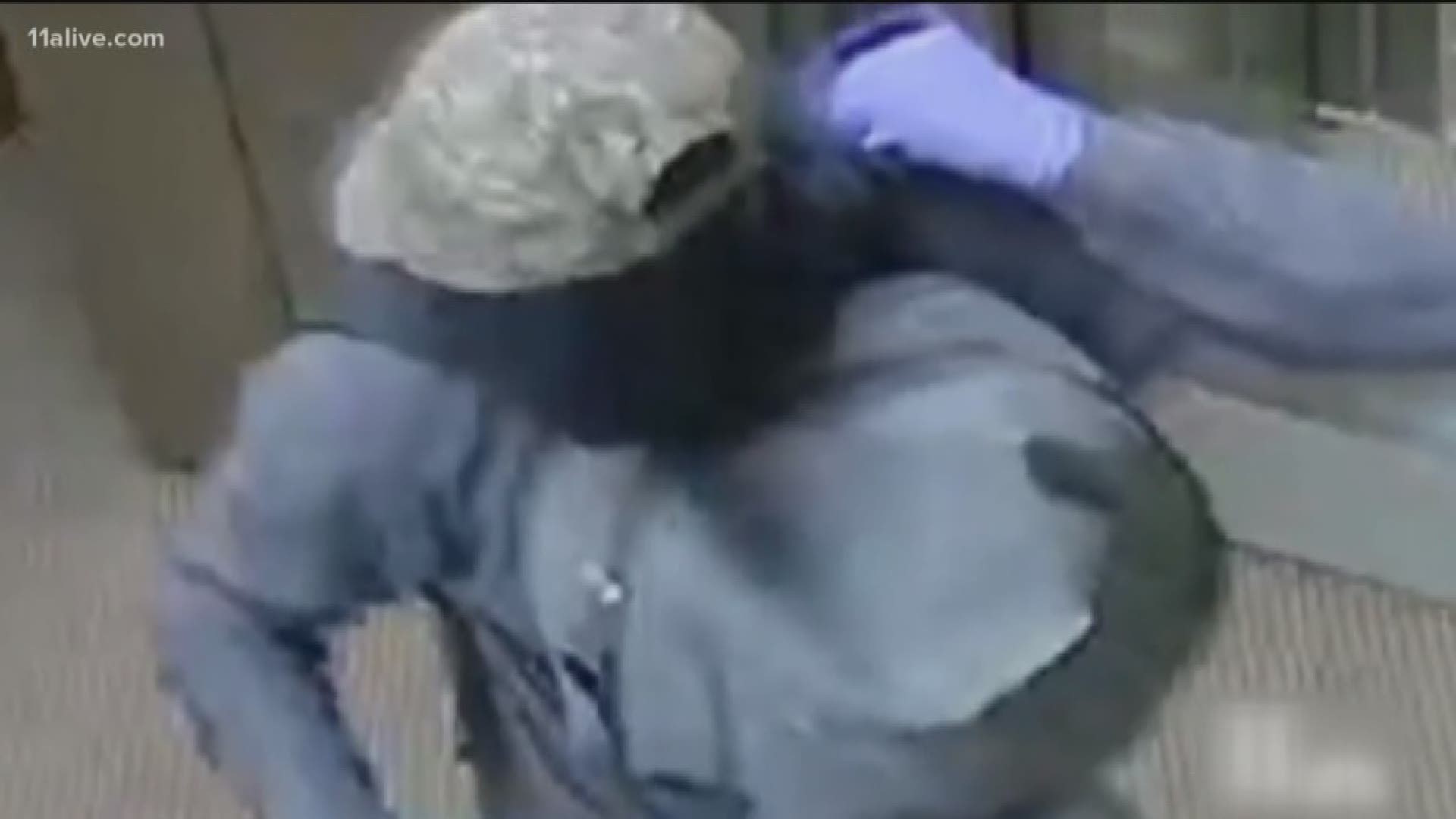 A FBI spokesman said inside the bank, three armed masked men forced everyone to the ground as they filled bags with cash. At the same time from under a desk in a bank office, a woman called 9-1-1 and gave a dispatcher’s valuable information.

Information that 9-1-1 passed along to merchant.

Dispatcher: “Okay, well try to whisper and I will see if I can hear you. Don’t speak any louder that you think you have to.”

The caller told 911 the robbers had guns and said when they were leaving. The three men then came out the side door Merchant was watching and he saw them holding their guns.

“When I saw that I fired the first round,” he said. “After that, they took off toward the back corner.”

Merchant missed but it startled the robbers. Two of the men dropped their guns and jumped over the fence in the back corner of the bank parking lot. The third robber and getaway car took off.

A short time later, 26-year-old Derrick Scott and 29-year-old Antavious Bray were arrested in a nearby home with most of the stolen money.

Chief Baity said if Merchant didn’t step in it is likely all three bank robbers would have sped off in their getaway car.

“I’ve just been here two or three weeks,” Baity said. “This was kind of a breaking in period for me as well, however, Officer Merchant’s actions on that day were instrumental in the quick resolution of this case.”

Merchant said he simply did the job he signed up for and the bank employee saved the day.

“I would say that lady is my hero because she was the one giving the dispatcher all the information that I needed to be given to do my job the right way,” Merchant said.

The case is still under investigation as the FBI searches for the third robbery suspect last seen wearing a camo ball cap, gray sweatshirt, and blue jeans. He wore a mask and carried a gray backpack.

The getaway car and its driver are also unaccounted for. The car is believed to be a 2010 to 2013 black Chevrolet Impala.

Anyone with information regarding the identity of the two suspects is asked to contact Crime Stoppers Atlanta at (404) 577-TIPS (8477). 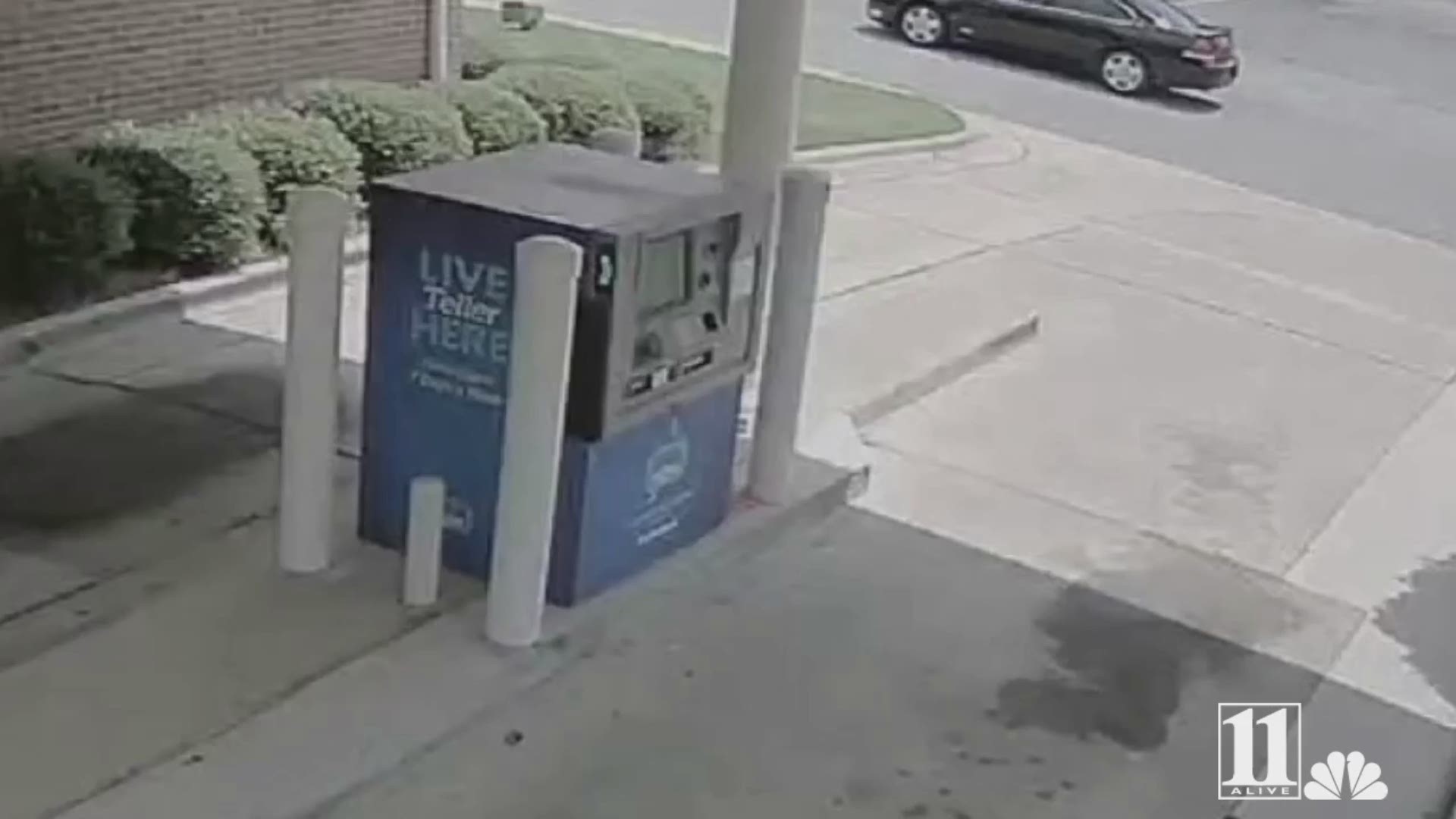