Protests, which initially started out peaceful, became chaotic and violent as they moved into the evening and, now, the early morning. 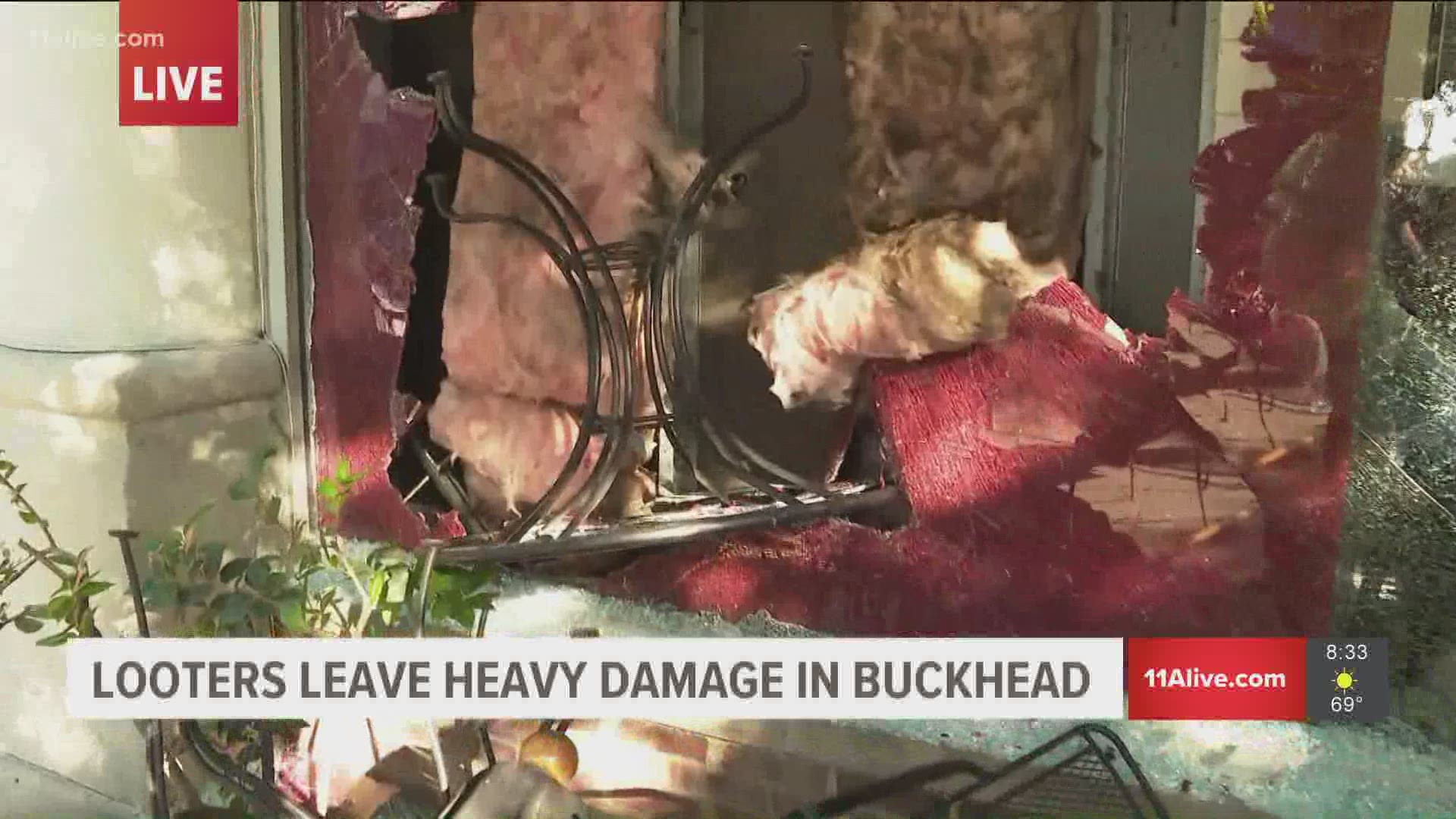 ATLANTA — Police have now confirmed multiple locations where protesters have looted and damaged businesses across different parts of the city.

In addition to the College Football Hall of Fame in Downtown Atlanta, police say several businesses and locations have been looted miles away in the city's Buckhead community.

Those include the AT&T store on Lenox Road, the FedEx store at Peachtree Street, the Starbucks at the same location, and Target at 3535 Peachtree Road. These were all in the area near Lenox Square.

Icebox Diamonds & Watches and Estate Jewelers, both located on Peachtree Road were broken into and robbed during the overnight hours, also.

The police department also said that some protesters had broken into and looted Phipps Plaza, a Buckhead mall containing several stores.

Video shown on social media showed people breaking into the Gucci store in Phipps Plaza. The store was reportedly robbed of an unknown amount of money.

Police suggest this is not an exhaustive list of businesses damaged or looted during the even and early morning protests which, unlike the ones held earlier in the day, have been chaotic and violent.

In the earlier parts of the more violent protests, some appeared to also be vandalizing and entering the CNN Center in Downtown Atlanta and a popular local restaurant, McCormick & Schmick's Seafood Restaurant in Atlanta at 190 Marietta Street not far away.

Since the damage began, Mayor Keisha Lance Bottoms has pleaded with the current protesters to go home.