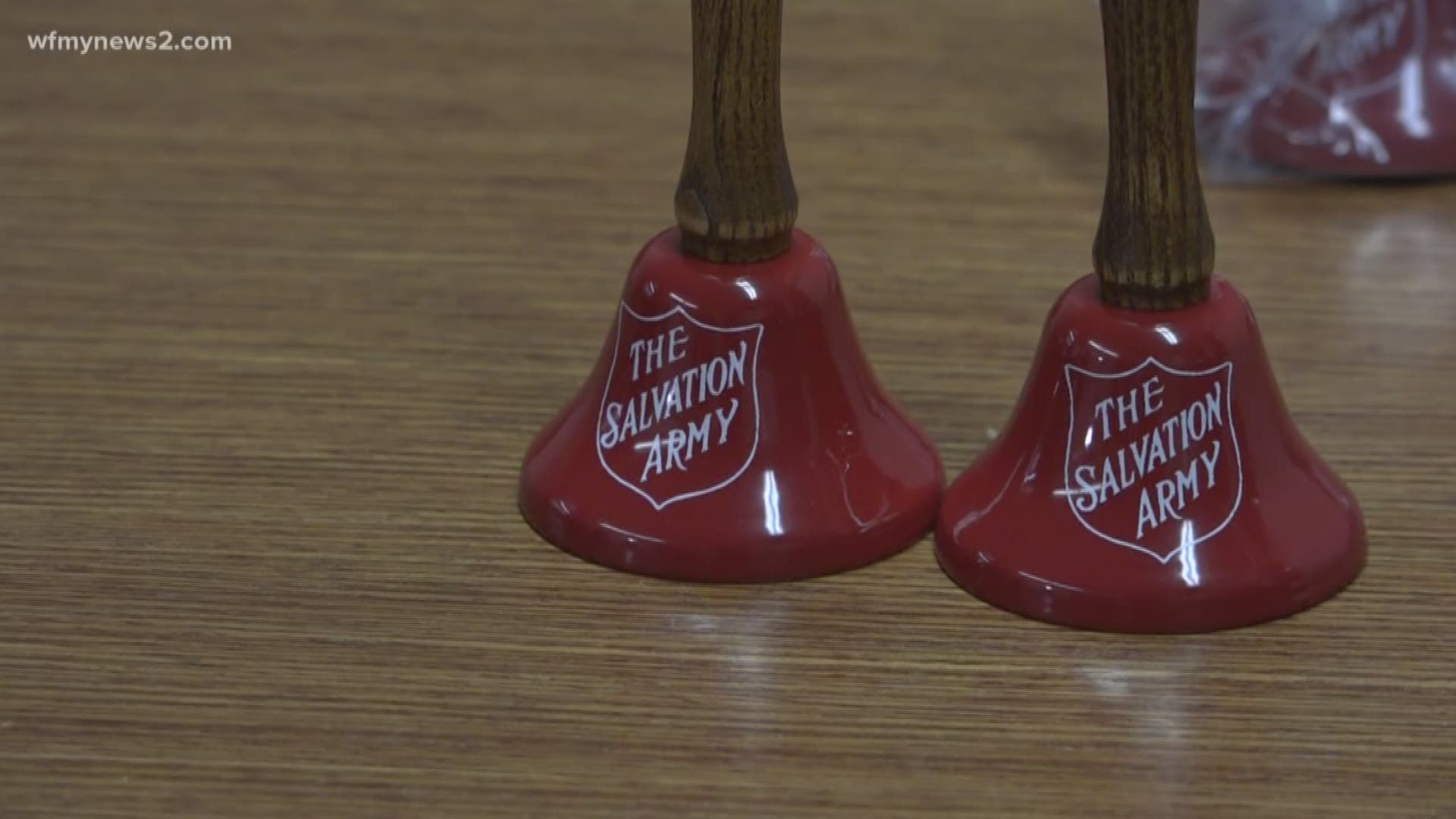 WINSTON-SALEM, N.C. — The Salvation Army is looking to track down whoever stole some of their red kettles.

Bob Campbell Director of Marketing and Public Relations said the kettles were taken Monday afternoon from a few places around town. A bell and apron were also stolen from each location.

Here are the locations hit: AC Moore on Silas Creek Parkway, Hobby Lobby on Hanes Mall Blvd, UPS store entrance and the Macy's lower level entrance at the Hanes Mall, and the Walmart on Peters Creek Parkway. Two sets were stolen there, one from each entrance.

"It's pretty disappointing and pretty weird," Maj. Jim Rickard, Salvation Army  Area Commander said. "I've never had that happened to me in all my years at the Salvation Army."

All locations still had the kettle stand and sign.

The fear now is whoever took the kettles may try to pose as actual bell ringers.

So the Salvation Army wants those with a giving heart to keep this in mind.

Maj. Rickard also aid actual bell ringers will be in front of a red tripod by big recognizable stores.

"If you see some guy standing at the exit ramp on the highway holding our bucket that's not us."

And look for one new addition.

"Our kettles will have the Salvation Army sticker on the kettle now. We started putting that on there now after this."

The Salvation Army wants to stress that the stickers will only be on red kettles at Winston-Salem locations.

But if you still have doubts, you can always give police a call.