This is what Atlanta police, locals have to say about 'scooter-based' crime

Police say that despite a handful of very public reports of crime on two small wheels, there's no real trending crime behind the trending rides. 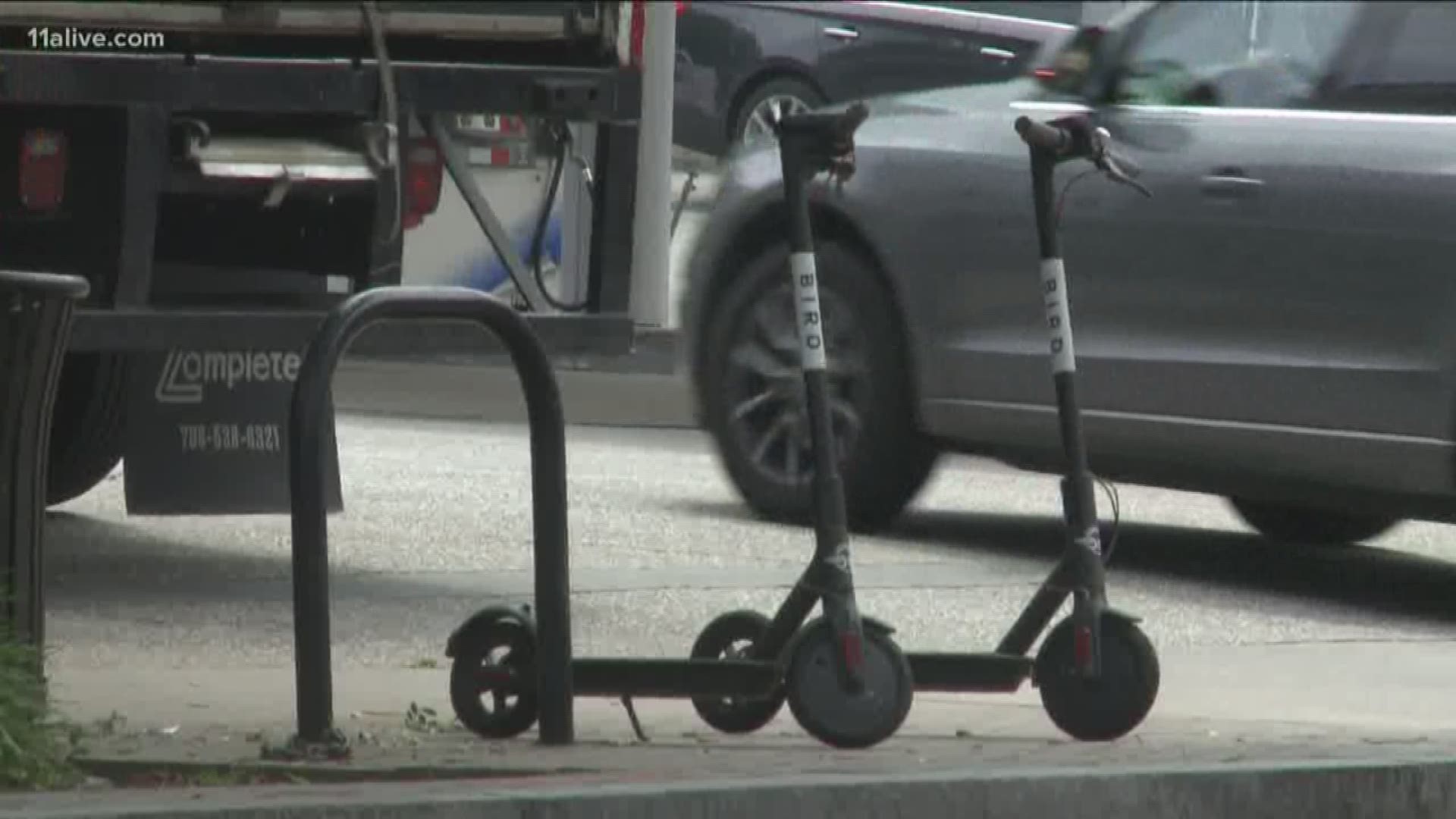 ATLANTA -- Tips abound of teens committing grab-and-go crimes using Bird scooters – but is it a real crime trend in metro Atlanta or just the overactive imagination of social media at work yet again.

Several electric scooter companies are in Atlanta like Bird and Lime. Now, the question is who is enforcing a safety policy and what’s being done to crack down on a few bad apples who might make the whole trend look bad.

“It’s probably the highlight of 2018,” Keno Macon, a scooter share fan, said. “This summer has been the most funnest summer because of the scooters.”

► Bird scooters come to Atlanta, but where can you ride them?

While some are excited to see the invasion, there are also concerns from frustrated people saying some electric scooter riders are “stealing phones, yelling at passersby, starting fights” in metro Atlanta.

And, in August, 11Alive reported on Bird scooters used during a fracas at the Buckhead Target department store.

11Alive reached out to Midtown Blue – a public safety force that patrols and monitors the Midtown area and we were not able to get a response. Some community members say there needs to be a policy on riding these scooters.

He added that having a helmet and requiring a class might make the paths safer for both riders and those around them.

11Alive reached out to Bird directly and have been told a response is on the way.

Fans like Macon say it’s the same with most popular trends.

“I mean, everything comes with a good and bad, you know,” he said.

And he believes it isn’t going anywhere. If anything, Macon thinks there will be more competition.

But when it comes to scooters used in crimes, Atlanta police said they believe the scooters aren’t the issue. It just presents a new mode of transportation.

In the meantime, city officials have been discussing possible regulations.