3 hit by stray bullets in 48 hours

A toddler, a teenager and a woman in her 40s were all struck by stray bullets in a 48 hour period. 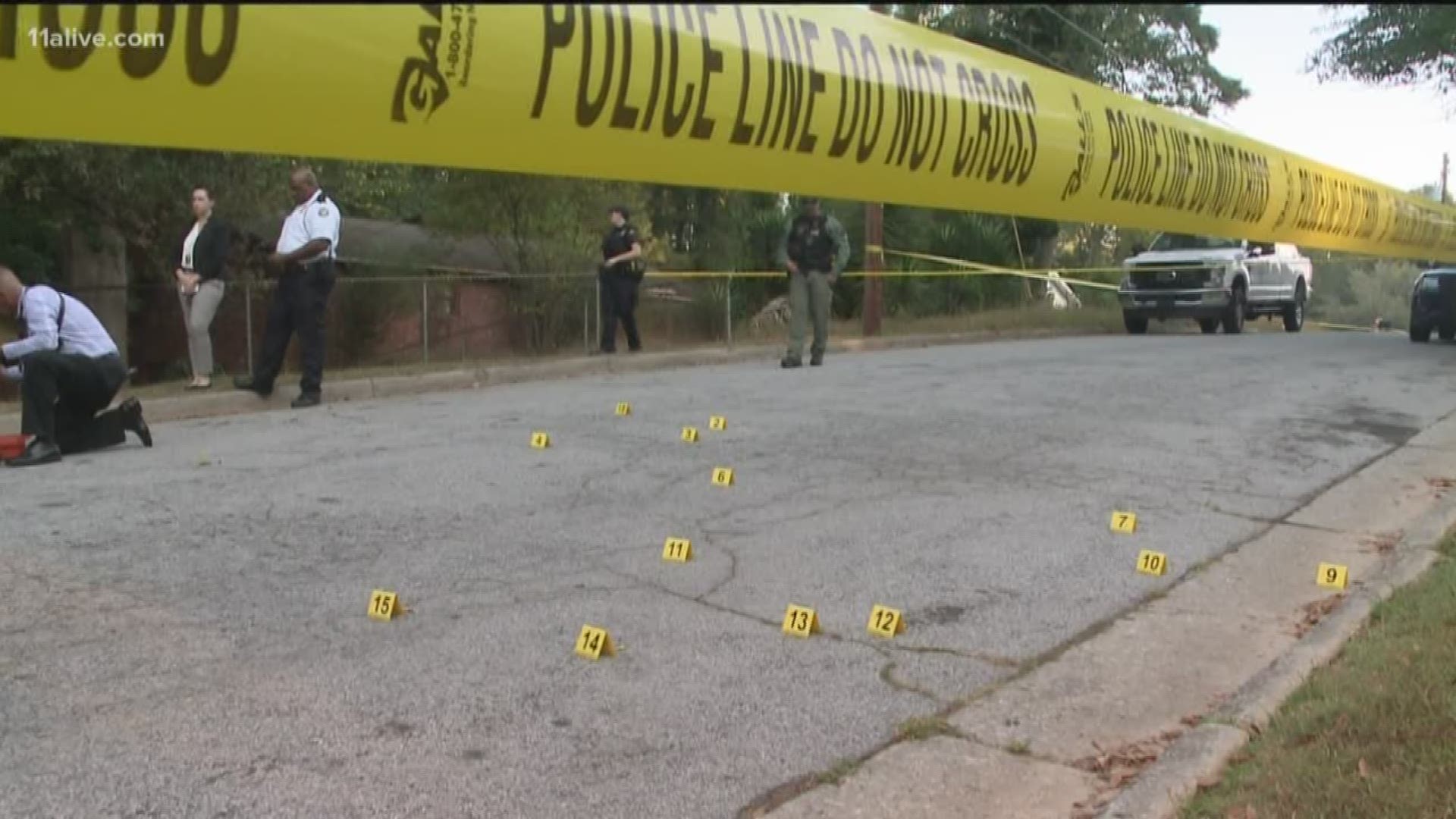 ATLANTA — Three innocent people were struck by stray bullets in a 48 hour period in the metro.

Two of them died.

A 4-year-old girl was shot while laying in her upstairs bedroom at a DeKalb County apartment complex Thursday morning. Police said a stray bullet went through a wall at the Eastwyck Apartments off Candler Road and hit the toddler in the foot.

"As a parent, it's very frightening," said one neighbor, who asked not to be identified due to fear of retribution.

Around the same time, about 10 miles away, 18-year-old Jessica Daniels was sleeping in her room when she was struck and killed by a stray bullet. The recent South Atlanta High School grad was supposed to go to a job interview on Thursday.

"I'd rather for it to be me than my granddaughter," said Sanders Love, her grandfather. "I'm not gonna rest until somebody lets me know something."

Atlanta Police say two gunmen were firing back-and-forth for several minutes outside the house on River Ridge Drive. There is currently a $10,000 reward for information leading to an arrest.

On Wednesday, 45-year-old Carlesa Reneau was sitting in her car on Columbia Drive, when police said two groups started shooting at each other. Reneau was struck and killed by a stray bullet.

No suspects have been arrested in that case.

Publix customer's response to being shamed by employee grabs attention