This is a breaking story. 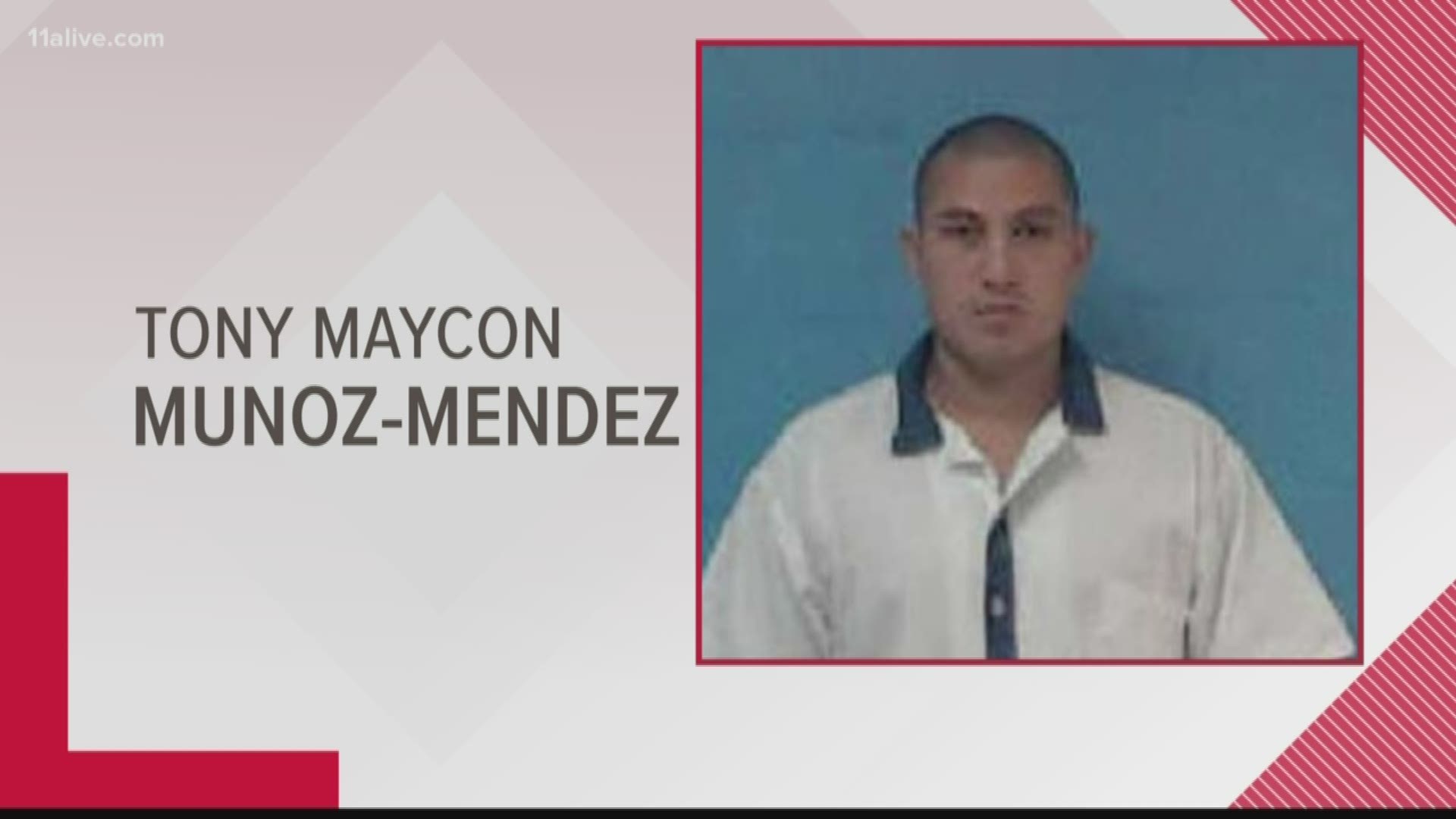 ATLANTA — The search for a convicted rapist released by mistake is over.

On Monday, the Georgia Department of Corrections confirmed that it had released Tony Maycon Munoz-Mendez from the Rogers State Prison in Reidsville, Georgia in error on Friday, Oct. 25.

After spending nearly a week on the run, authorities confirmed he was captured around 10:30 p.m. in Ft. Thomas, Kentucky, roughly 530 miles from Atlanta.

Munoz-Mendez was convicted and charged with two counts of rape and aggravated child molestation in Gwinnett County for crimes he committed in 2010 and 2012.

According to the prosecutor who helped put him behind bars, Munoz-Mendez had been living with his victim and her family because he was her mother’s live-in boyfriend. When the girl was about 10, Munoz-Mendez began to molest her, and then he raped her repeatedly.

Prosecutors said the mother, at first, said she believed her boyfriend's denials instead of her daughter's complaints. She changed her story after she was charged in the case, pleading guilty to Child Cruelty in the Second Degree, for failing to intervene to save her daughter.

Munoz-Mendez continued to insist, through his trial, that he had done nothing wrong. Despite that, a jury convicted Munoz-Mendez of two counts of rape in 2015. The judge sentenced him to life.

He was only four and a half years into his life sentence when he was accidentally released.

RELATED: This is what we know about the convicted rapist mistakenly released from prison

It's not clear, yet, exactly how or why he was released from prison. The Department of Corrections, meanwhile, says that it is reviewing the circumstances of what happened.