One suspect in armed robbery at Town Center Mall arrested, two others remain at large

24-year-old Marquavis Wilson has been charged with armed robbery, aggravated assault, and possession of a firearm during the commission of a felony, police said. 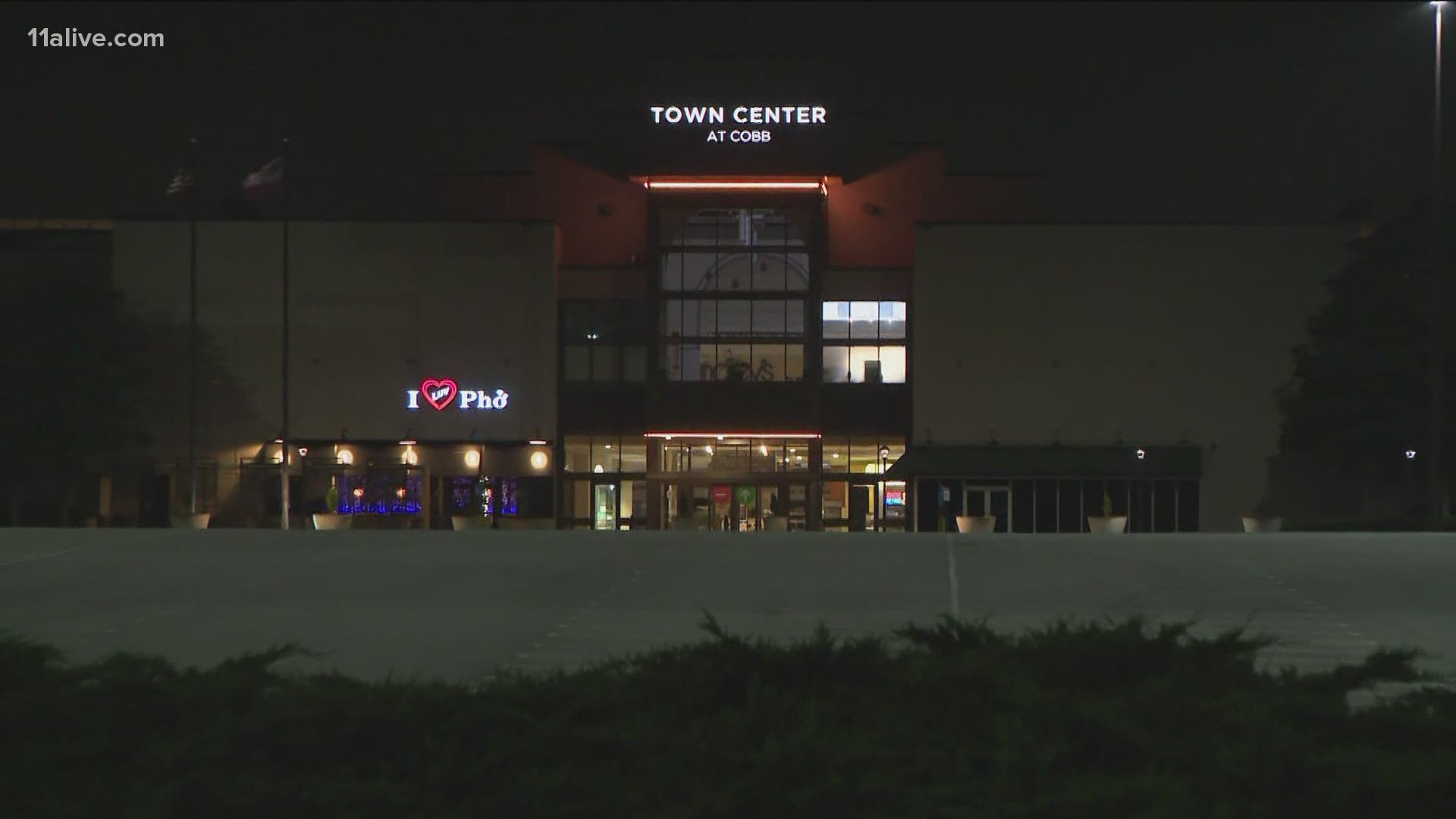 KENNESAW, Ga. — Cobb County police have arrested one suspect and continue to search for two others after an armed robbery inside Town Center Mall Thursday afternoon.

Customers thought, at first, that someone was running through the mall shooting people. However, it all turned out to be an armed robbery of a jewelry store.

The police response was massive.

One of the shoppers, Ryan Ford, who ran outside the mall to the parking lot, described the scene on Facebook Live.

“About 15 gunshots went off right by us in the mall,” Ford said.

He was afraid, at first, that people still inside were targets of a mass shooter. So were Cobb County police.

“I have not seen this many cops in I don’t know how long,” Ford said as one police car after another sped through the parking lot to the mall, sirens blaring. “I think I’ve counted 40-plus.”

Police quickly tracked the gunfire to one store inside the mall, A&M Custom Jewelry. Police said three people robbed the store wearing masks, and fired multiple rounds while stealing jewelry, then ran outside to a car and got away.

Police confirmed during the robbery, at least one suspect was shot in the stomach area by an armed security guard.

The injured suspect was later identified as 24-year-old Marquavis Wilson. He was later sent to the hospital for treatment and arrested.

One jewelry store employee was also shot and has non-life-threatening injuries, according to police, but police would not say, at first, if the employee had been shot.

Wilson has been charged with armed robbery, aggravated assault, and possession of a firearm during the commission of a felony, police said.

Police closed the mall and cleared out the frightened customers, to begin their investigation into this latest metro Atlanta mall shooting.

As of Thursday night, police had not released any security cam video or any descriptions of the remaining two suspects.