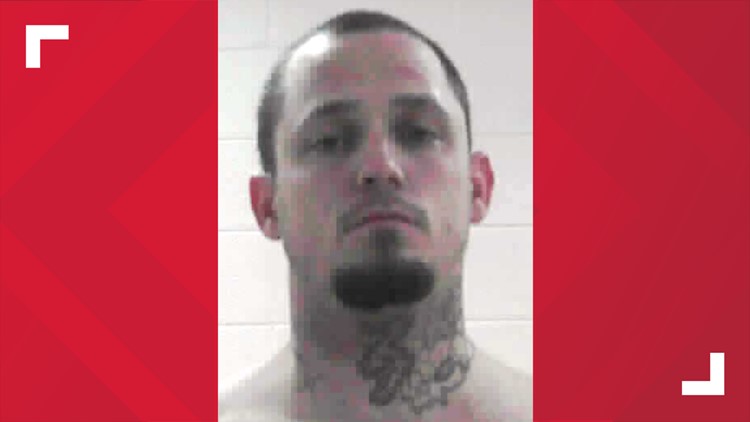 GILMER COUNTY, Ga. — An alleged gang member wanted by two states who was on the run is in custody after being picked up by authorities.

The Gilmer County Sheriff's Office announced the arrest of Travis Lee Zimmerman, 30, on Tuesday, after he had been wanted for more than three months.

According to the sheriff's office, Zimmerman had been wanted throughout Georgia and Tennessee.

Authorities said they began a drug and gang investigation into the 30-year-old three months ago. Zimmerman is a confirmed member of the Ghost Face Gang, according to the sheriff's office, citing the Georgia Department of Corrections. They finally found him around 7:30 a.m. after tracking him to a home off Bernhardt Road in Gilmer County.

Zimmerman now faces charges of trafficking methamphetamines, violating the Georgia Gang and Terrorism Act, and obstruction of an officer in Gilmer County.

Authorities also arrested Linda Henson and Claude Morgan, who were at the same home as Zimmerman. They will both be charged with trafficking methamphetamine and obstruction of an officer in Gilmer County.

Spalding Sheriff warns 'Ghost Face Gangsters' after drug overdose deaths: 'We are coming for you'