The attorneys held a news conference in Decatur on Thursday. 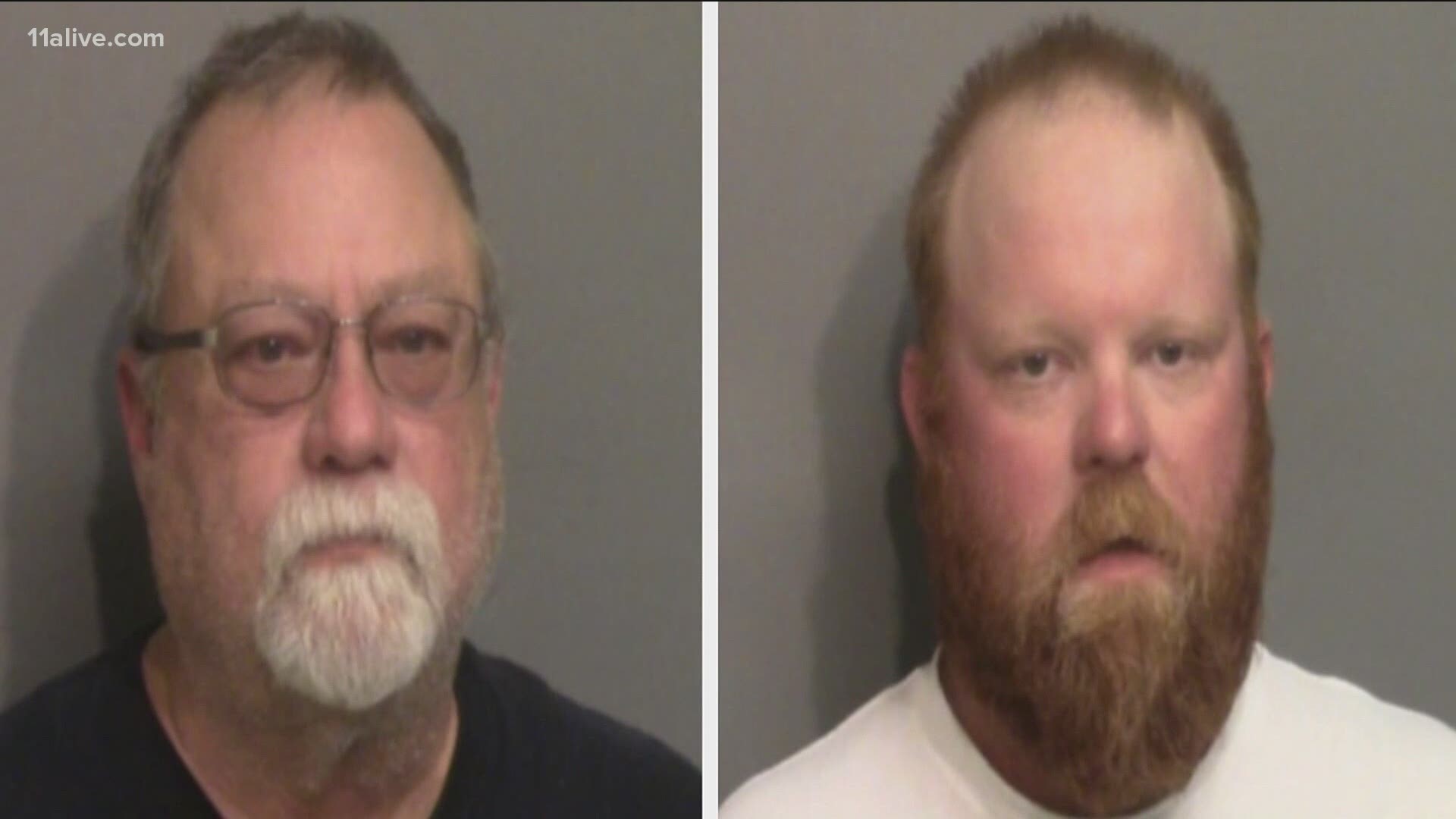 DECATUR, Ga. — Making their first public statements since being retained by the man facing a murder charge in the killing of Ahmaud Arbery, attorneys for Travis McMichael on Thursday stressed his presumption of innocence and asked the many who have expressed outrage over the shooting to "take a breath."

He and a fellow lawyer from the firm Peters, Rubin, Sheffield & Hodges - Jason B. Sheffield, spoke Thursday at a news conference. They said they were retained to represent McMichael on Monday.

RELATED: Travis McMichael named in 2 incidents police responded to in the weeks before Ahmaud Arbery's death

"No matter how you look at this case, a young man has died and that is always a tragedy," Rubin said at the news conference. "That is at the forefront of our minds as we proceed down this road. But that does not mean that a crime has been committed."

Attorneys for Travis McMichael's father, Gregory McMichael, will speak on Friday. Those lawyers, Franklin J. Hogue and Laura D. Hogue, are based in Macon.

The Arbery case has generated a national outcry, with civil rights activists and groups like the NAACP contending the McMichaels avoided arrest or charges for more than two months because of Gregory McMichael's ties to law enforcement, as a former Glynn County Police officer, and the judicial system, as a former investigator in the Brunswick District Attorney's Office.

In that time, the case passed from two different district attorneys - including Jackie Johnson, who oversees the Brunswick office where McMichael once worked - who recused themselves over a conflict of interest. It was in the hands of a third for weeks before the leak early last week of a video of the Feb. 23 shooting made national headlines.

The case is now being prosecuted by Cobb County District Attorney Joyette Holmes, on appointment by state Attorney General Chris Carr. The two DAs who earlier recused themselves, Johnson and Waycross Judicial Circuit DA George Barnhill, are now under investigation for "potential prosecutorial misconduct" in their handling of the case.

Facing these circumstances, Rubin and Sheffield presented themselves as neutral arbiters who will defend McMichael as the facts allow. They asked "everybody, for the sake of our communities, take a breath, let the facts develop, let the case play out where it should play out - where I think we all agree is the court; not TV shows, not the press."

They focused on his right to a presumption of innocence, and said "our commitment to you and Mr. McMichael is to review everything in this case and not judge anything until we have all the facts."

In one pointed question, the lawyers were asked if Arbery also should have been entitled to a presumption of innocence by the McMichaels. The father and son say there had been burglaries in their neighborhood in the weeks leading up to the shooting, and maintain they were attempting a citizen's arrest when an armed McMichael got into a struggle with an unarmed Arbery and ended up shooting him.

"So the presumption of innocence carries with a person who is accused of a crime... we understand the opinions, the attitudes of people across the country - those exist, they are real, they are playing out in the case," Sheffield said. "But the presumption specifically of innocence is a legal term of art that follows the accused."

We agree with the attorneys for Travis McMichael that the justice system affords all citizens the presumption of innocence and that there shouldn't be a rush to judgment or stereotyping.

We only wish that their client, Travis McMichael, had provided that same presumption of innocence to Ahmaud Arbery before chasing and killing him.

The men who ambushed Ahmaud Arbery rushed to judgment on February 23.

Mr. Arbery is the victim and his family was left with a lifetime of pain. The family continues to pray for justice for Ahmaud.

Police reports obtained by 11Alive this week that show Travis McMichael twice made calls to 911 in the weeks leading up to the shooting, once to report a gun stolen from his truck and on the second occasion to report a person entering a home construction site.

That home is now one of the flashpoints in the case. Subsequent videos have emerged that appear to show Arbery entering it briefly in the moments before he was accosted and shot.

The attorney for that homeowner, Larry English, has said nothing was ever taken from the build site. In statement released his week, his lawyer said, "Even if theft or damage had occurred, however, the Englishes would never have wanted a vigilante response. The Englishes did not know the McMichaels. The Englishes never enlisted the McMichaels to do what they did and do not want to be part of any effort to justify the McMichaels' actions."

In the first instance McMichael called 911 about someone entering that house, on Feb. 11, he said "we've been having a lot of burglaries and break-ins here lately," referring to his stolen gun, and that he had "never seen this guy before in the neighborhood."

There is no evidence Arbery is connected to that incident.