Lawyers for Taniyah Pilgrim and Messiah Young are holding a press conference at 11 a.m. 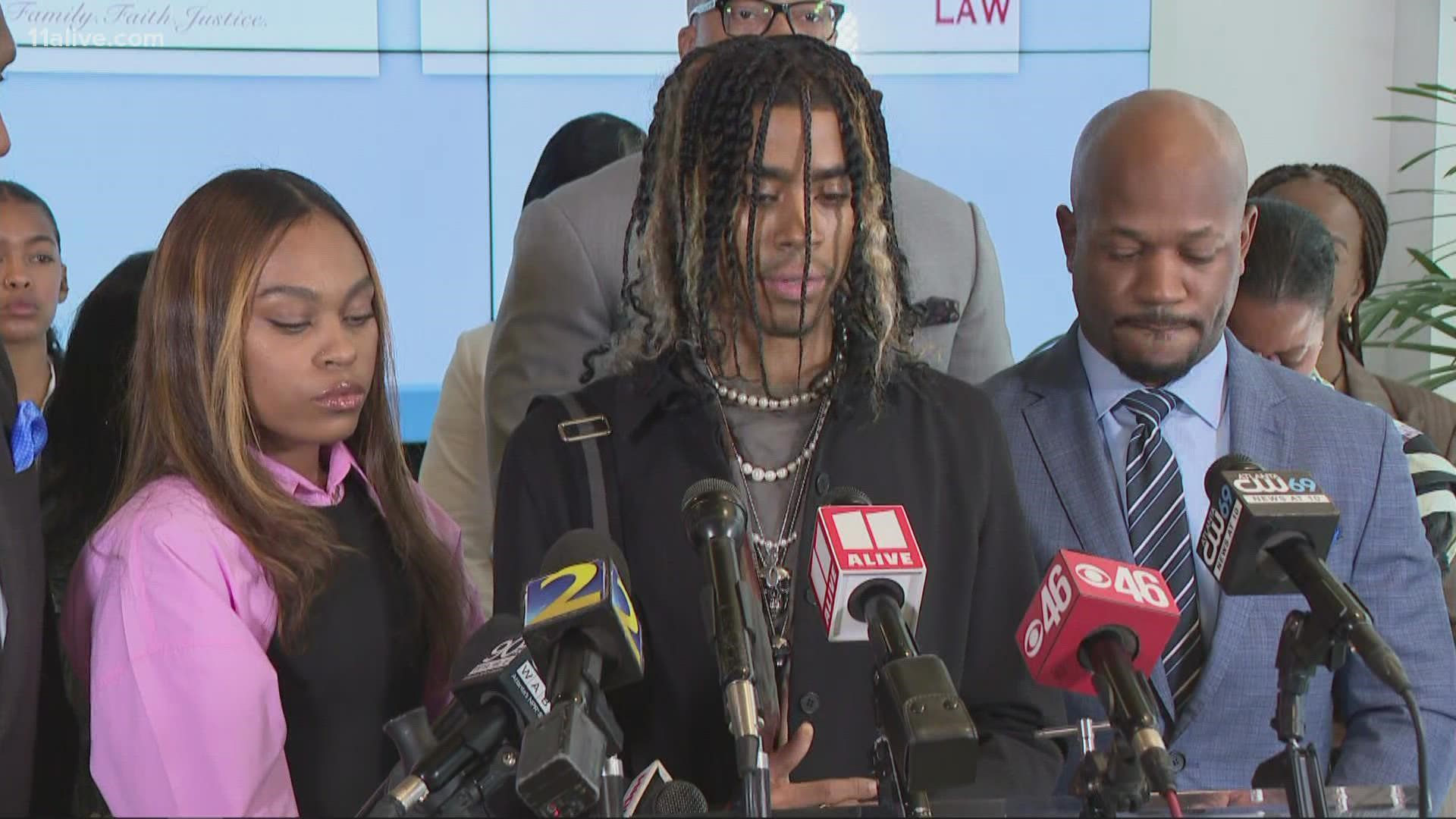 ATLANTA — UPDATE: The press conference has concluded. You will be able to re-watch it in full in the video player above shortly.

Lawyers for Taniyah Pilgrim and Messiah Young, college students who were tased and dragged out of their car by Atlanta Police officers during protests downtown last year, are expected to announce a lawsuit against the city today.

The attorneys have an 11 a.m. press conference scheduled that 11Alive will stream in the video player above and on YouTube.

A release said the lawsuit has been filed "against the city of Atlanta, Mayor Keisha Lance Bottoms and several of the police officers involved in the assault."

It is an episode they described as "the most traumatic thing" that had ever happened to them. Pilgrim, a Spelman student, was never charged with anything, and a charge against Young, a Morehouse student, was dropped.

Attorneys said officers "stormed their car, smashed out their windows and tased and assaulted both of them" in the incident, which was captured on body cam video.

"Officers threw Pilgrim to the ground, she landed face down on the pavement and they handcuffed her. Young was punched repeatedly and suffered a deep laceration to his arm that required 13 stitches," a release said. "Both Pilgrim and Young were taken into custody. Pilgrim was held against her will for four hours without a mask in a police van with others during the height of COVID."

Four APD officers were fired over the incident - Investigators Ivory Streeter and Mark Garder, and later Armon Jones and Lonnie Hood - with another two, Roland Claud and Willie Sauls, put on desk duty.

Gardner and Streeter were reinstated after a hearing with the Atlanta Civil Service Board in February.

All six face charges of varying seriousness (you can see the detailed charges here.)

Pilgrim and Young last appeared publicly in February to provide an update on the case, after a personal meeting with Fulton County District Attorney Fani Wilis. She had sought to recuse herself from the case.

A court proceeding recently allowed Willis to recuse herself from the Rayshard Brooks police shooting case, but the status of the case involving charges against the officers in the incident with Pilgrim and Young remains unclear.

L. Chris Stewart, an Atlanta attorney who was part of the legal team for Floyd's family in Minneapolis, has called for a special prosecutor to be named.