New Fulton DA Fani Willis had requested that the cases be transferred. She's argued the previous DA's actions have made it impossible for her to prosecute the case. 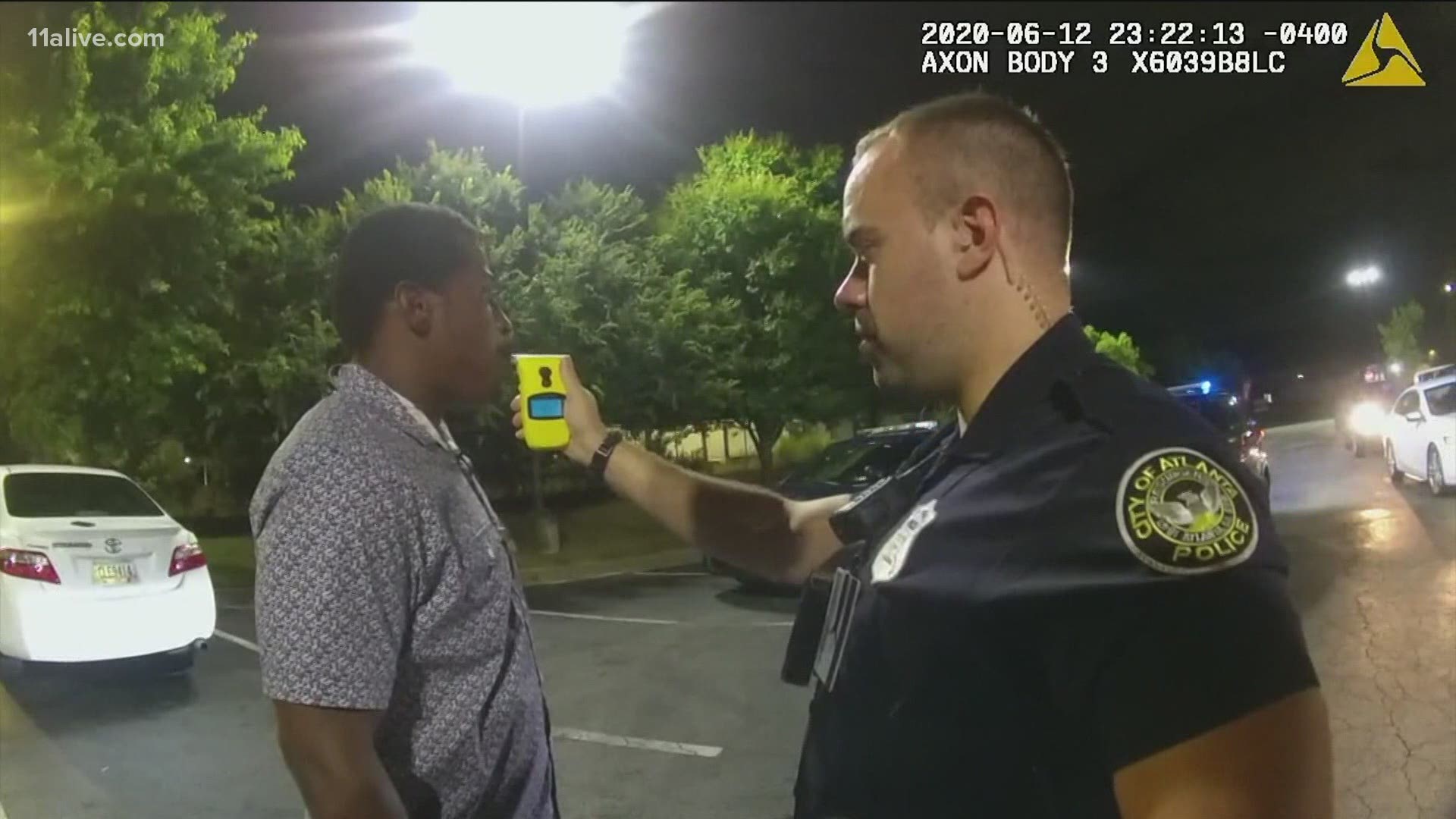 ATLANTA — Georgia Attorney General Chris Carr informed Fulton County District Attorney Fani Willis in a letter on Tuesday that he would not approve her request to have the Rayshard Brooks case transferred out of the county.

Carr also denied a request to move a case involving the tasing of two college students during protests in Atlanta last summer. A third case, in which Willis previously defended a man charged with murder, will be assigned a special prosecutor.

Willis had alleged previous Fulton D.A. Paul Howard had used the Brooks case in particular as a campaign prop during last year's election, making it impossible for her to prosecute the case within the county.

Last week Brooks' widow, Tomika Miller, and a coalition of lawmakers and activists publicly criticized Willis over the attempt to transfer the case.

Carr, in a letter to Willis, said that Georgia Georgia Code 15-18-5, which covers the disqualifying of prosecutors, provides no provision to remove a prosecutor over the conduct of a predecessor.

Just received a letter from @Georgia_AG informing Fulton DA Fani Willis he will not appoint a prosecutor to take over Rayshard Brooks case as well as a case involving tasing of 2 college students this past summer. Previous story on this: https://t.co/vrrRobliuR #11Alive pic.twitter.com/qIowfOicet

Willis, in her letter asking for a transfer of the cases, had said she was concerned about an investigation into Howard over the possible use of grand jury subpoenas when no Fulton County Grand Jury was empaneled.

11Alive reached out to the Fulton District Attorney's Office for reaction. Tuesday evening, they said they had just received he letter.

"The District Attorney disagrees with the Attorney General’s conclusion, as it is contrary to the longstanding practice and position of the Attorney General’s office in these matters," the statement said in part. They added that the district attorney is dedicated to ensuring justice is done and would handle the cases accordingly.

Here is Fulton DA Fani Willis' original letter to Carr that kicked off this back-and-forth. pic.twitter.com/L7DjxBtbrW

After reading Carr's letter 11Alive legal analyst Page Pate said the back-and-forth between Fulton's DA and Georgia's AG is unusual and traditionally a prosecutor's request in these scenarios is approved.

He added: "If it is true that Paul Howard violated a Georgia bar rule or committed some sort of improper conduct in investigating and charging the case then that conflict isn't just with Paul Howard it is with the entire district attorney's office in Fulton County."

According to Pate, Willis has several options for moving forward. First, she could request a superior court judge force Carr to appoint new prosecutors for the cases in question. Second, she could drop the cases entirely if she doesn't believe her office can handle the cases. Third, her office could continue handling the cases but Pate believes that would lead to objections.

"Go ahead, prosecute the case, charge it, and then the defense lawyers will almost certainly ask the judge to recuse her office and have a special prosecutor appointed," Pate said.

In the Brooks case, ex-Officer Garrett Rolfe is charged with murder. A second officer who remains with the force, Devin Brosnan, faces an aggravated assault charge.

In the other case, six officers face various charges as they grabbed students Messiah Young and Taniyah Pilgrim out of a car during downtown protests last summer.

Pilgrim was never charged, and unspecified charges against Young were dropped.

Two officers were fired in that incident, but have since been reinstated.

The attorneys for Brooks family and the college students said the back-and-forth between both the DA and the attorney general has now left their cases in a "state of limbo."

"Our clients deserve better," they said.

Last year, Willis told 11Alive that Howard using images of the Brooks case in campaign commercials on TV and radio was evidence he was using the prosecution "clearly for his political benefit."

"Quite frankly, I do not know if we are legally going to be able to keep the Brooks case in Fulton County," as a result of Howard's campaigning, Willis told 11Alive Anchor Shiba Russell after she won the election.

"It is just a shame that we had a district attorney that would put his own needs before justice for the family of Brooks and the community at large," she said.

In an exclusive interview with 11Alive last year during the election cycle, Howard talked about the stirring criticism, Brooks' death, and other high-profile cases.

He said he expected some of the criticism.

The shooting death of Brooks rocked Atlanta last summer, setting off the city's most searing protests in the middle of nationwide Black Lives Matter demonstrations.

The incident started as a traffic stop for a suspected DUI after employees of the Wendy's found a man asleep a the wheel in their drive-thru line.

Video and various reports from the scene suggest Brooks took Rolfe's taser after Rolfe initiated an arrest, and discharged it toward the officer while running away.

Brooks was then allegedly kicked and stepped on as he was lying in the Wendy's parking lot. Rolfe was charged with felony murder and multiple counts of aggravated assault by the district attorney. Another officer involved in the incident, Devin Brosnan, also faces an aggravated assault charge.

Massive protests included the vivid image of the Wendy's being burned to the ground. The chief of the Atlanta Police Department at the time, Erika Shields, stepped down from her position hours after the deadly officer-involved shooting.

The Wendy's where the shooting became the site of a makeshift memorial for Brooks before eventually being cleared following the shooting death nearby of 8-year-old Secoriea Turner.

Activists have continued to call for the site to be transformed into a peace center, to be named after Brooks.