Neuman was first found guilty but mentally ill in 2012 of shooting his alleged lover Andrea Sneiderman's husband to death outside a Dunwoody daycare. 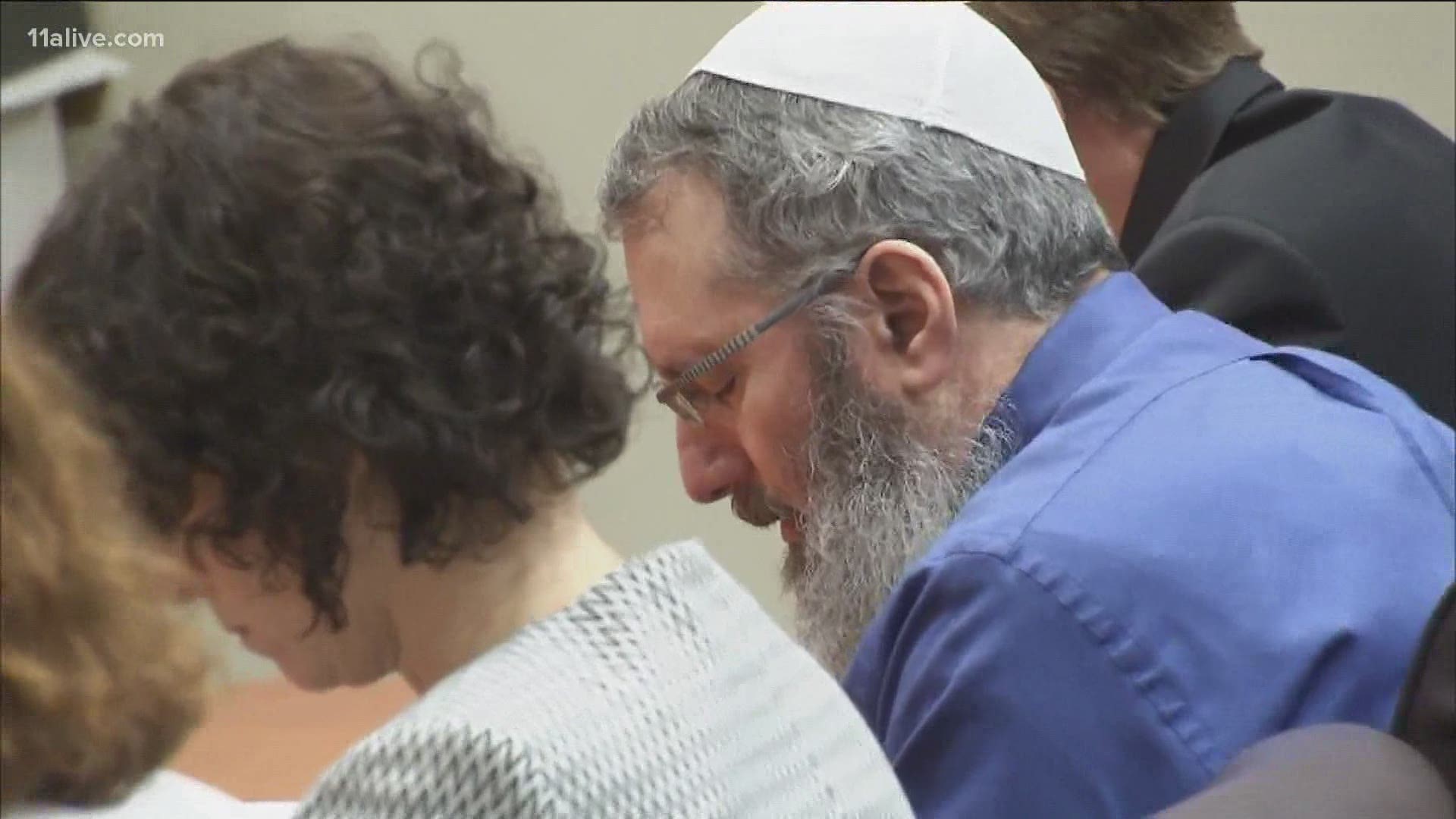 ATLANTA — Hemy Neuman, convicted twice previously in one of metro Atlanta's most infamous murder cases over the last decade, looked to the Georgia Supreme Court on Wednesday to give him a third chance.

Neuman was first found guilty but mentally ill in 2012 of shooting the husband of his alleged lover, Andrea Sneiderman, to death outside a Dunwoody daycare.

The state Supreme Court, however, reversed that conviction in 2015. The justices ruled that the trial judge had made an error in allowing the prosecution to obtain records from two doctors who had evaluated Neuman's mental condition before the trial and bring them into evidence.

Neuman, who was an executive at GE at the time, admitted to killing Rusty Sneiderman and had mounted a defense of not guilty by reason of insanity in the original trial.

The records, the Court ruled in 2015, should have been protected by attorney-client privilege.

In 2016 Neuman's re-trial, he was again found guilty, and once again sentenced to life in prison without parole.

At the heart of the densely legal matter presented to the Georgia Supreme Court on Wednesday, was the contention that the same DeKalb County District Attorney's Office which originally prosecuted Neuman, should not have been allowed to re-prosecute him -- in effect, because those prosecutors were irrevocably "tainted" by the information in the records the judge had earlier erred in giving them access to.

Michael Tarleton, the lawyer representing Neuman, put it as a matter of "whether or not the district attorney's prior access to privileged material should have disqualified the office from presenting for the State at the second trial."

He made the seemingly novel argument that the lower court's accepting, in effect, the prosecutors' positions that they had not been tainted by the information, placed an undue burden on the defense to prove they, in fact, had been.

Tarleton subsequently argued such a thing would be effectively impossible.

The justices appeared skeptical of Tarleton in their questioning, with Presiding Justice David E. Nahmias asking if, with the Court accepting the prosecutors' assertions that there was no further taint from the records in question in the second trial, he had "present(ed) any evidence disputing" those assertions.

"No, Your Honor, because there's no way for us to have evidence disputing these representations," Tarleton replied.

Justice Nahmias challenged him on this point with several more questions, saying at one point, "we have a lot of case law that says the Court can rely on representations of counsel unless they are disputed, or there's contrary evidence presented, but it sounds like they made representations, and your position at the trial court level was just -- 'that's not enough.'"

Justice Charles J. Bethel also asked a number of pointed questions of Tarleton, including raising the trial court's specific finding that "the information that the State had access to, specifically did not garner an unfair advantage such that disqualification is appropriate."

Anna Green Cross, the opposing attorney in Wednesday's arguments, was among the DeKalb County prosecutors who tried and then re-tried the previous Neuman cases.

She argued that Neuman "did have the burden to show some influence of this privileged material in the second trial," saying that "it's always been the defendant's burden to prove some sort of harm -- what came of this, what impact did the State having access to this evidence have?"

And she said in earlier proceedings in the lower court, Tarleton had never actually advanced the argument he made Wednesday.

"And here, there was not even effort to make any -- there's no citation to any part of the record to a question that was asked, a line of cross examination -- any argument," she said.

She said, in compliance with a court order, "the original evidence was returned to the defense, all copies of these documents were destroyed and not provided to the new State's experts, we retained new State's experts in order to ensure there was no taint from the prior documents."

"The experts in the second case -- they just didn’t have any access to that information. They came to their conclusions otherwise, with evidence that was, by all accounts, admissible and competent. So, without some sort of showing, this question was tainted, this argument was influenced by -- I think that's appropriately the defendant's burden to show," she said. "And in this case, where the Court ordered the State to remove all evidence and to ensure that the new State's expert didn’t have access to it, that’s what happened. I'll represent that’s what happened. There's no evidence to the contrary, there was no attempt to point to anything that would disprove that assertion."

The Court usually issues its rulings within a few weeks of hearing oral arguments.