The high school athlete died in August 2019 following an outdoor workout on one of the hottest days of the year. 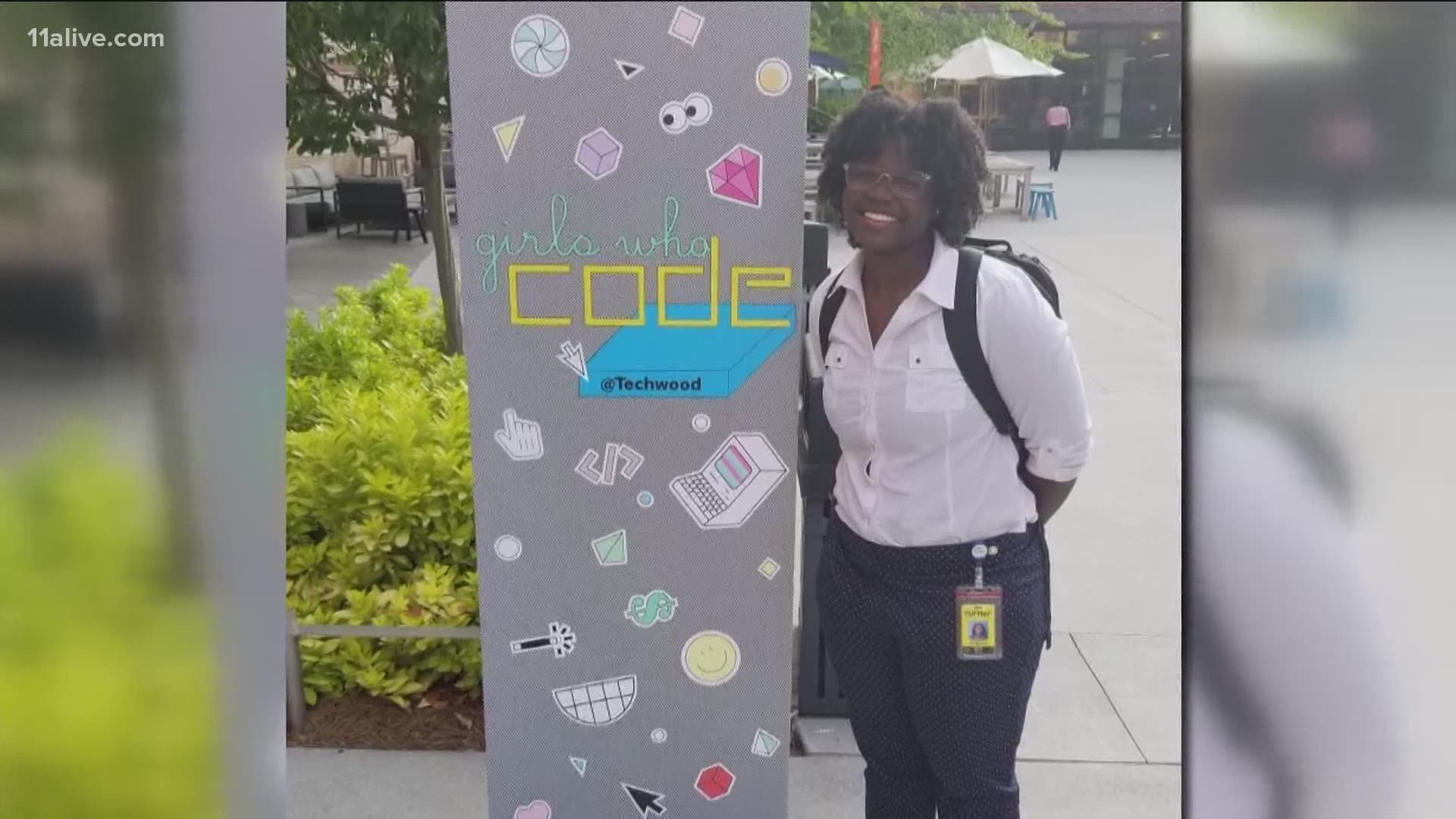 "We just want closure in this whole situation," her mother Dorian Bell said during a press conference on Wednesday. "This happened August 13, 2019. It is 2021. I have never heard the whole story. I haven't heard everything at this point. We need that -- that is a part of our healing."

"She was the oldest of our kids, she was just a great person, it pains us to still be grieving that loss," her father Eric Bell said.

Attorneys for the Bell family announced that a wrongful death lawsuit has been filed on Imani's behalf during a Wednesday press conference.

In 2019, the teenager was attending school as a junior and playing for the girls basketball team at Elite Scholars Academy in the Clayton County Public Schools.

The lawsuit has been filed against the school's athletic director, girls' basketball team coach, the school's principal, and assistant principal, along with several unidentified assistant coaches, assistant athletic directors, and other school or school district employees who were "present at, supervised, authorized and/or assisted with conducting the girls' basketball practice on August 13, 2019," according to the suit.

Attorneys for the Bell family are Justin Miller, Chris Stewart, and Brian Spears.

In the lawsuit, the family's attorneys claim that negligence on the part of the defendants resulted in Imani's death.

When contacted by 11Alive News about the lawsuit, a Clayton County schools spokesperson said, "Please be advised that the district does not comment on pending or ongoing litigation matters."

The district has not responded to questions regarding whether or not the defendants are currently employed by the school district, and if so, under what capacity.

In the lawsuit, attorneys say an outdoor basketball practice was approved by the school and supervised by the coaches, despite a heat advisory being issued for the area of the school on the same date.

The temperature during the practice, according to the Bell family's attorneys was between 96 and 99 degrees Fahrenheit, and the heat index put the temperature at between 101 and 106.

But, she added, they didn't know that practice would be held outside.

"Due to the extreme heat and humidity outside, Imani began experiencing early signs of heat illness and was visibly struggling to physically perform the outdoor conditioning drills Defendants directed her to perform," the lawsuit reads. "Defendants observed Imani experiencing early signs of heat illness during the outdoor practice but nevertheless directed Imani to continue performing the conditioning drills with her team and directed Imani to run up the stadium steps."

Imani had no underlying health issues contributing to her death according to the lawsuit.

The teenager suddenly collapsed during the practice, lost consciousness, and became unresponsive. She was taken by ambulance to a nearby hospital and pronounced dead later that evening.

In 2019, 11Alive News received a copy of Imani Bell's autopsy report from the Georgia Bureau of Investigation. The report indicates that the primary cause of Imani's death was the result of a heart attack brought on by physical exertion in a high heat environment.

At Wednesday's press conference, attorneys provided an e-mail that appears to have been sent the day before Imani's death from Kevin May, the district-wide athletic director for Clayton County Public Schools.

In the e-mail, May wrote, "Please ensure that ALL COACHES are following all GHSA (Georgia High School Association) guidelines regarding heat policies," and "The safety of our student-athletes and coaches are our first priority."

May, in the e-mail, also made coaches aware that temperatures were expected to be "exceedingly high," from the day he sent the e-mail and on the two following days.

The e-mail included a link to GHSA guidelines for practices and heat and May noted practices should be altered to ensure compliance.

In the lawsuit, attorneys argue the defendants failed to follow specific GHSA policies for practices when the heat index reaches certain temperatures, including a guideline stating when the Wet Bulb Globe Temperature (WBGT) is found to be 92 degrees or above, there should be "No outdoor workouts."

The GHSA told 11Alive News in 2019 the WBGT is a composite temperature used to estimate the effect of air temperature, humidity, and solar radiation on the human body. The reading is expressed in degrees, but should not be equated with degrees of air temperature.

The Bell family's attorneys said that on August 13, 2019, during the outdoor basketball team practice, the WBGT exceeded 92 degrees.

"The adults who should have been there to protect and care for her dropped the ball," attorney Justin Miller said.

Miller added that he believes the case rises to the level of a criminal act.

11Alive News contacted Clayton County District Attorney Tosha Mosley Wednesday and asked if her office investigated the 2019 death and if there was a determination made on whether the case would lead to any charges.

"The investigation is complete," Mosley wrote by e-mail. "We are reviewing the information to determine what charges, if any, will be presented to a Grand Jury when we have impaneled one."

Mosley didn't have details of when the county's next grand jury could be impaneled. Most jury proceedings around the state have been on hold during the COVID-19 pandemic.

The Bell family wants to make sure Imani's death isn't repeated at any Georgia school.

"More than anything I don't want this to happen to anybody else's child," Dorian Bell said. "We want laws in place. We want something to happen, so people will think before they do this."