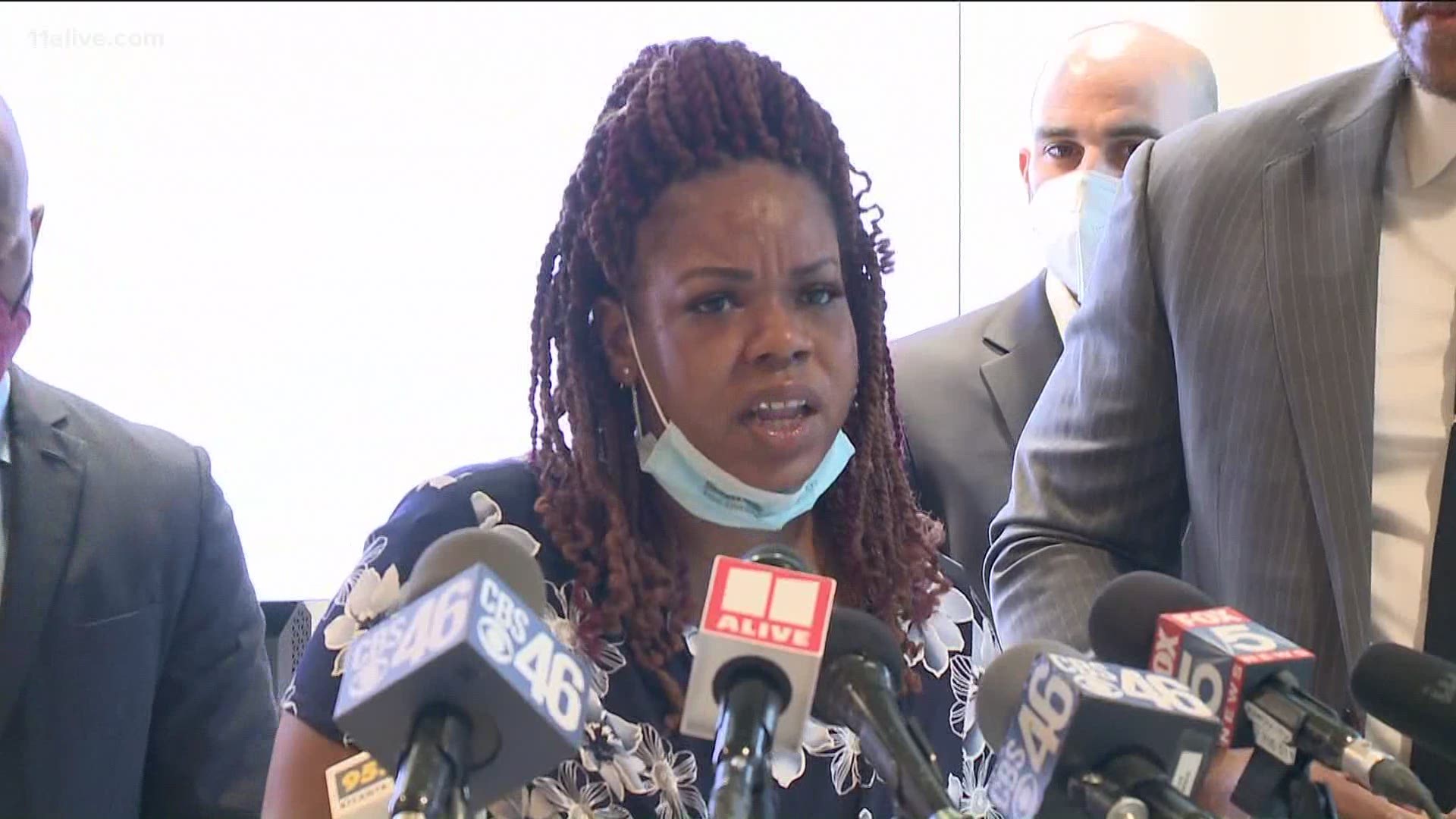 ATLANTA — UPDATE: The press conference has concluded. We will be uploading the full video to our YouTube page shortly.

Rayshard Brooks' widow Tomika Miller and the attorneys representing her will address a new motion in the murder case against the officer who killed Brooks, Garret Rolfe, in a press conference this morning.

The press conference will be held at 11 a.m. 11Alive will be streaming it here and on our YouTube channel.

The attorneys, L. Chris Stewart and Justin Miller, will be addressing Fulton County District Attorney Paul Howard's motion to revoke the bond of Rolfe, who shot and killed Brooks in the parking lot of an Atlanta Wendy's during a suspected DUI stop in June.

Rolfe, facing felony murder charges in the shooting, was released from jail after after posting a $500,000 bond on June 30.

His bond conditions included having to wear an ankle monitor and abiding by a 6 p.m. - 6 a.m. curfew. He also had to surrender his passport, could maintain no possession of firearms and have no contact with the witnesses of the June 20 shooting or other Atlanta Police officers.

According to the district attorney's office, they received an email Monday afternoon from Rolfe's attorneys notifying the state that he had traveled to Florida for a vacation.

"The Bond Order signed by the Honorable Judge Jane C. Barwick on June 30, 2020, expressly states that the Defendant is only allowed to leave home for medical, legal, or work related obligations. Thus, Defendant has clearly shown that he will not abide by the conditions of bond imposed by the Court. Given the Defendant’s violations of the conditions of this Court’s bond order, the State brings this Motion to Revoke Bond before this Court," the motion read.

11Alive attempted to reach the attorneys for Rolfe for comment, but did not receive a response.

The attorneys for Brooks' widow Miller said they learned Rolfe had gone to Daytona Beach for the vacation. They said they would provide a copy of Howard's motion.

The now ex-APD officer faces up to life in prison or the death penalty if convicted on the felony murder charge.