'A life has been stolen here': Lawmakers, activists call for maximum 35-year sentence for Robert Olsen

The former DeKalb County officer will be sentenced on Nov. 1 for aggravated assault and three other charges. 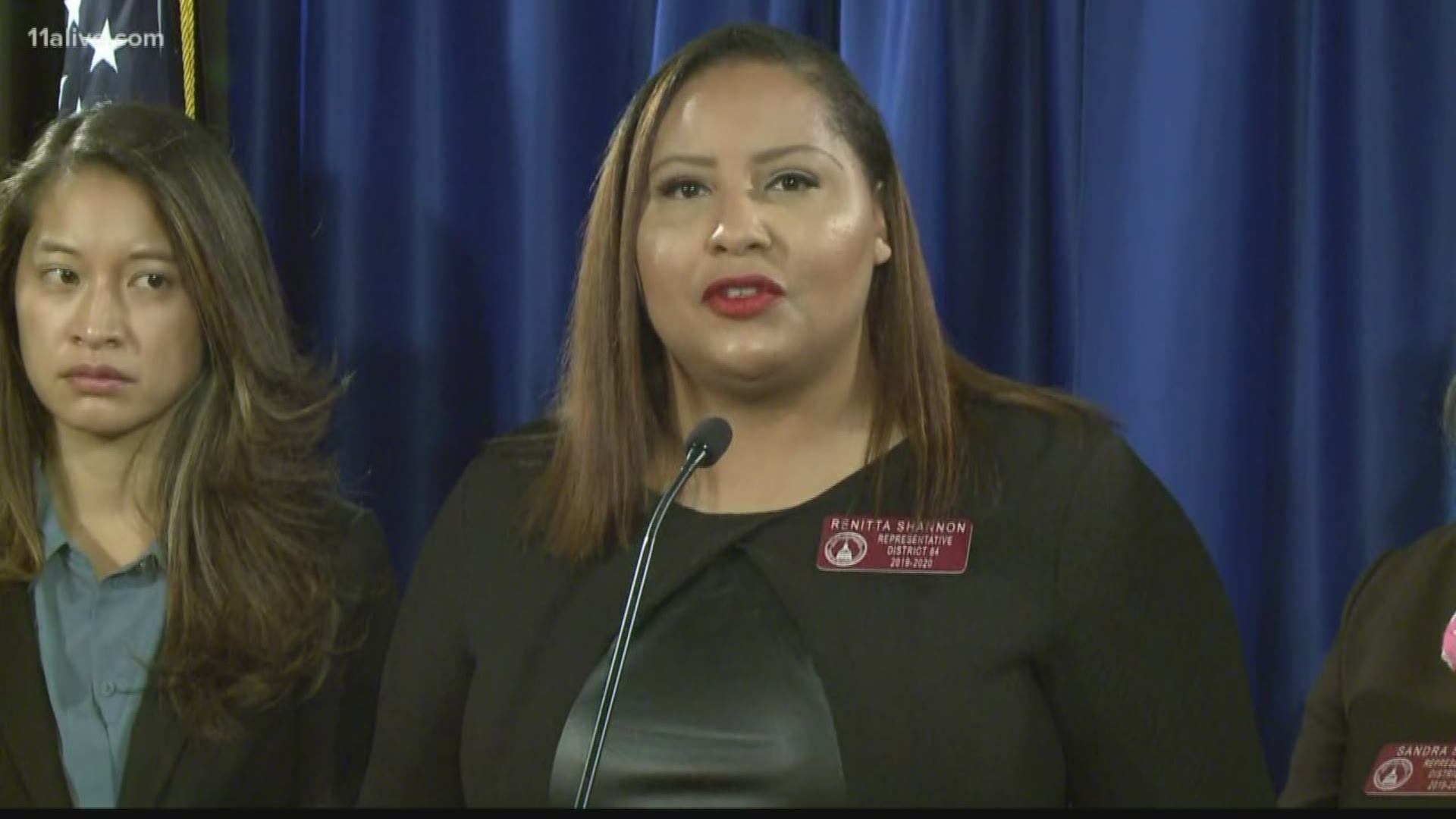 Olsen was convicted earlier this month of aggravated assault and other charges in the 2015 shooting death of naked, unarmed Air Force veteran Anthony Hill. He was acquitted on two felony murder charges.

The aggravated assault assault charge carries a maximum of 20 years, and the additional charges Olsen was found guilty on - one count of making false statements and two counts of violation of oath by a public officer - carry five-yer max sentences.

State Rep. Shannon Renitta, a Democrat from Decatur, said Thursday at a press conference she wants to see Olsen serve all of that potential time.

Hill's mother testified during the trial that he had been diagnosed with PTSD and bipolar disorder stemming from his service in Afghanistan.

The lawmakers were joined by attorney Gerald Griggs, the vice president of the Atlanta branch of the NAACP. He compared Olsen's potential sentence of 35 years to a life sentence in Georgia - in which offenders are eligible for parole after 25 years - and said such a sentence was the only way to achieve justice.

"We want 35 years to send a swift and powerful message of police accountability throughout the state and across the nation," Griggs said. "We're calling on the judge to render a sentence that speaks for the community. This is the only way to bring the community back together."

RELATED: Protesters call on politicians to combat police brutality: We will vote you out

Olsen's lawyers argued during the trial that he had too little time to act - the entire encounter between when he got out of his car, when Hill ran toward him, and when he fired the two bullets that killed the veteran lasted only seven seconds - to be found criminally responsible for Hill's death.

A juror told 11Alive after the verdict was reached that they were deeply split on whether Olsen's actions constituted murder, but those in favor of a conviction were able to bring around the other side on the remaining charges.

Olsen is due to be sentenced next Friday, Nov. 1.

RELATED: Juror in Robert Olsen trial says they were evenly split on whether shooting was self defense or murder

Keisha Braswell, of the Alliance for Black Lives, said her organization and the March for our Lives student group would stage a die-in at the DeKalb County courthouse next Wednesday, Oct. 30, in support of a max sentence.

The next day, on Halloween, Alliance for Black Lives and the DeKalb County and Georgia state branches of the NAACP will hold a vigil at 5:30 p.m. at the courthouse.

The morning of Olsen's sentencing, set for 9.am., the activist groups are asking for public support at the courthouse.

"We want all of the community to have their eyes on this case to make sure there is justice for Anthony Hill," Griggs said.