DEKALB COUNTY, Ga. — As the murder trial against a former DeKalb County officer progresses through its fourth day, emotions are running high.

Robert Olsen is on trial for the 2015 shooting death of Anthony Hill, an Air Force veteran who was naked and unarmed at the time. Olsen responded to a 911 call from people who were concerned about Hill's state of mind, and his lawyers have argued he had no way to know how much of a threat Hill presented as he ran at the officer when he got out of his car.

Prosecutors have countered circumstances made it clear he posed no threat.

The contentious nature of the trial has brought protesters out to the DeKalb County courthouse, calling for justice for Hill and his family.

RELATED: 'He was very peaceful': Those close to Anthony Hill were in disbelief at shooting

On Wednesday, tensions have appeared at times to reach a boiling point.

During a break in testimony, a woman yelled at Olsen in the hallway to “rot in hell.”

Olsen had no response and sources say the woman will not be allowed back in the courtroom.

The jury did not witness this exchange.

When the trial resumed, before the jury was allowed back in the courtroom, Judge LaTisha Dear Jackson reminded the courtroom they need to keep their emotions in check and they could be ruled in contempt of court if they could not conduct themselves accordingly. 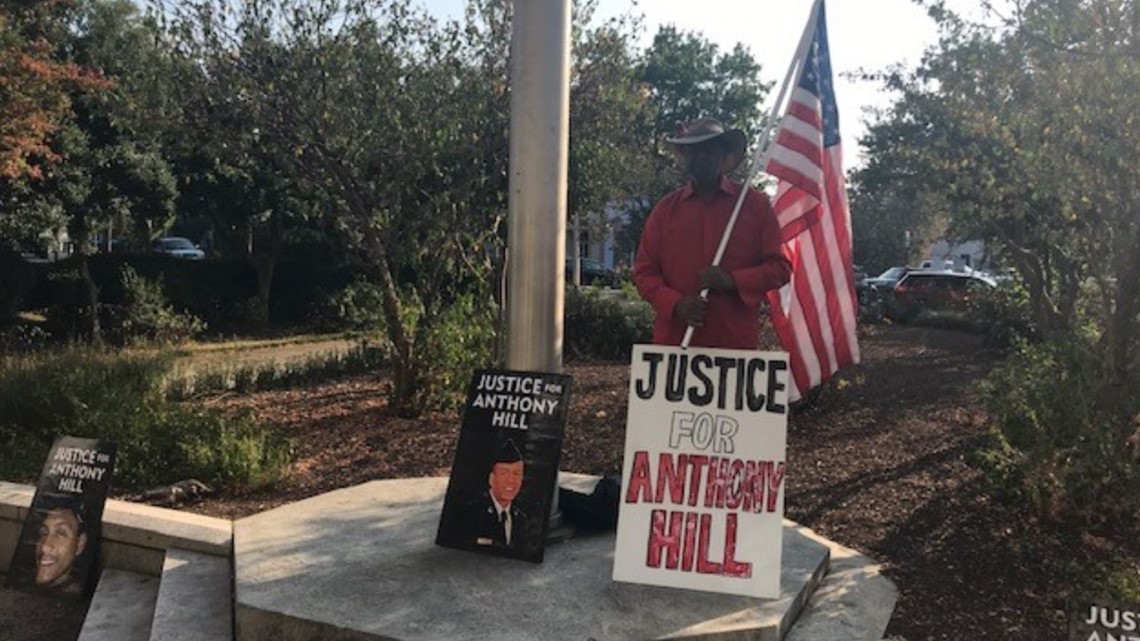 MORE ON THIS TRIAL