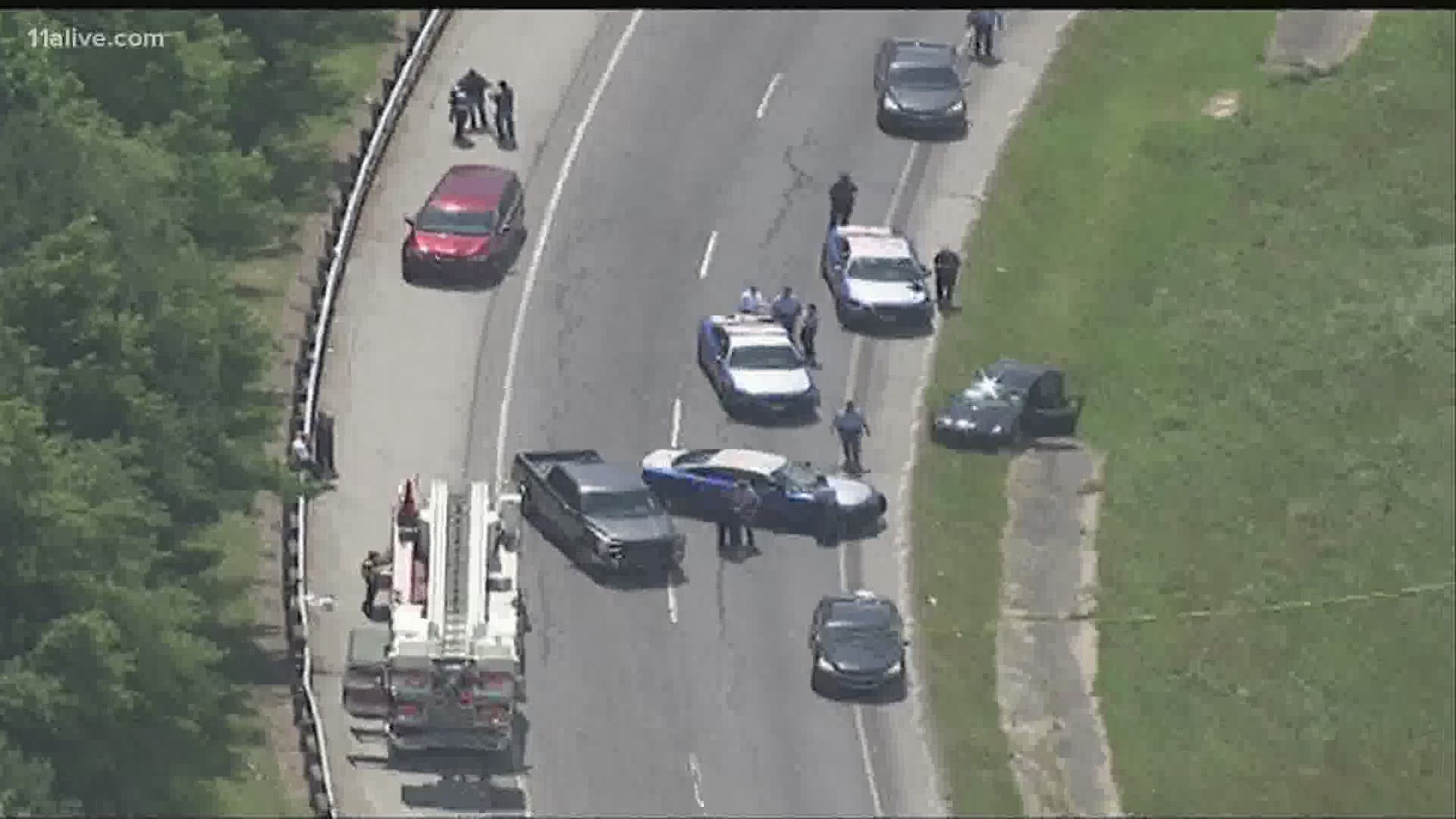 GWINNETT COUNTY, Ga. — A seventh person died from their injuries in the crash of a sober living group's van, Gwinnett County Police confirmed this week, bringing about an upgraded charge against the driver.

Six people were originally reported killed in the fiery rollover crash in April, which police say was caused by the driver of the van when she "made a reckless change of lanes from I-85 to I-985 which caused the van she was driving to flip on its side."

A seventh unidentified victim has since passed away, and the driver, 32-year-old Monica Manire, now faces a seventh homicide by vehicle charge.

There were 16 people in the van at the time of the crash, and all the other passengers who survived sustained injuries. The original six victims were identified as Alishia Carroll, 34, of Columbus; Kristie Whitfield, 44, of Mount Airy; Ashleigh Paris, 26, of Kennesaw; Tina Rice, 53, of Atlanta; Normisha Monroe, 38, of Norcross; and Rose Patrick, 34, of Ellabell.

In April, 11Alive reported that Manire had been charged and was wanted in another county in middle Georgia at the time of the crash.

Court records from Houston County show Manire failed to appear for an arraignment hearing on a minor drug and traffic charge in December and then again in February. Days later, an arrest warrant was issued and her bond in Houston County was revoked.

"It appears that the van obviously couldn't handle the overcompensation of the heavy turn," said Corporal Collin Flynn of the Gwinnett County Police Department.

Flynn said GCPD investigators have interviewed survivors and witnesses of the crash and now believe that Manire made a "reckless" last second lane change from I-85 to I-985 and then the van flipped with 16 total people inside.

"We are going to look into whether or not the van was overloaded, either at capacity for people or capacity for weight," Flynn said.

The charred van is now parked behind the Gwinnett County Police Department as evidence. The van is owned by We Are Living Proof, a sober group facility, according to police reports.

The released this statement following the crash: "We are deeply saddened by the lives lost in Saturday evening's tragic accident. We ask that you join us in prayer for the families and loved ones of the ladies we lost as well as the survivors."