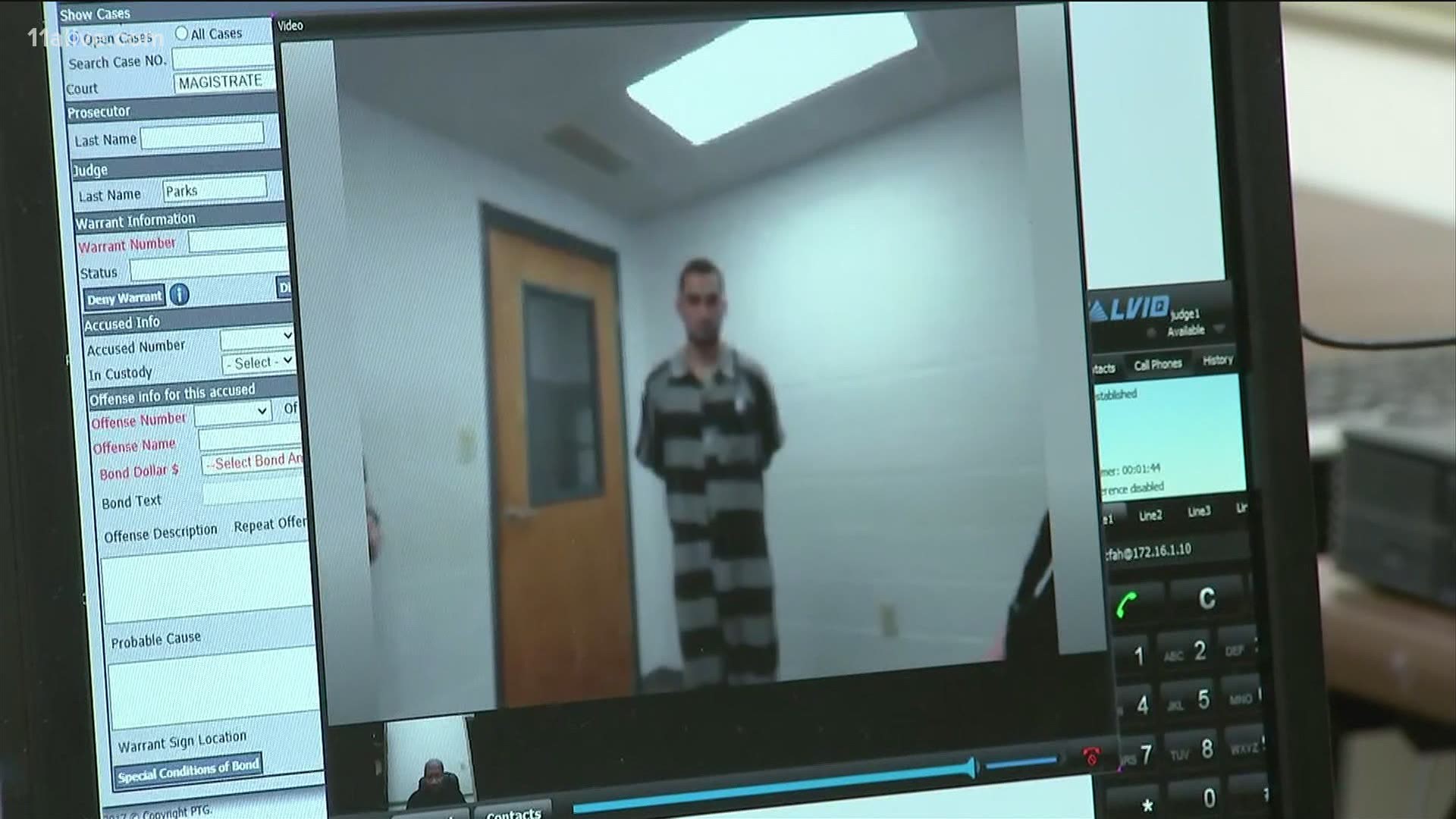 SPALDING COUNTY, Ga. — The suspect charged with murder after two bodies were discovered in a burned-out truck in Spalding County this week made his first court appearance on Saturday.

Erik Eduardo Cabrealopez was read his charges by a Spalding County judge, 16 in all. They include felony murder and malice murder among them.

His next court appearance would be a probable cause hearing. It's not clear when that will take place.

Police have identified the victims, whose bodies were found Tuesday after the truck fire was extinguished, as 29-year-old Joshua Wyatt and 36-year-old Carlos Benford. They had both been reported missing in Henry County by their families.

Benford's sister, Shinerra Benford, told 11Alive this week that "never in a million years thought that I would have to bury my brother – someone would do something so cruel to him."

She described her brother as "one of the most amazing people you would ever meet" who "never met a stranger, always had a smile on his face."

She described him as a man who loved to travel and as a caring father to his 8-year-old daughter.

“She was his world. He loved his daughter more than anything.”

According to the Spalding Sheriff's Office, Benford and Wyatt were reported missing on Sunday after they had gone to meet a man "to discuss a joint business venture and had not been seen or heard from since." Authorities said the business venture pertained to a performance venue.

The two bodies were discovered Tuesday in the burning pickup truck off Jackson Road. The fire was so intense, deputies said, it completely destroyed the VIN and there wasn't a tag. After the discovery was reported in the news media, the sheriff's office said tips flooded in, leading them to a house in Griffin. The residence had been vacated.

Nonetheless, the sheriff's office said: "Their attempts to cover up their crime failed. Our Crime Scene Investigators located the actual spot in the house where the murders took place, and they were able to recover evidence. Also located in the search were items that directly linked the victims to the house.”

The sheriff said the GBI will confirm the method of death for the victims, but one of the victims was shot in the head from the "evidence that was recovered last night."

Cabrealopez was taken into custody in Fulton County, the sheriff's office said, with the help of the GBI Gang Task Force, Georgia State Patrol, GBI West Metro Narcotics Unit, and Spalding County investigators "after a short vehicle pursuit that was ended with a PIT maneuver by GSP." Authorities said Cabrealopez was deported in 2020, but they don't know why at this time.

“We are all praying for the families of these two young men whose lives were taken in such as violent and senseless way. We are going to do all we can to make sure that their killer and anyone else that we learn was involved as the investigation continues never sees the light of day as a free man again until the day they die," Spalding Sheriff Darrell Dix said in a statement.