His attorney also waived his formal arraignment in a gang-related racketeering case he was indicted in last month. 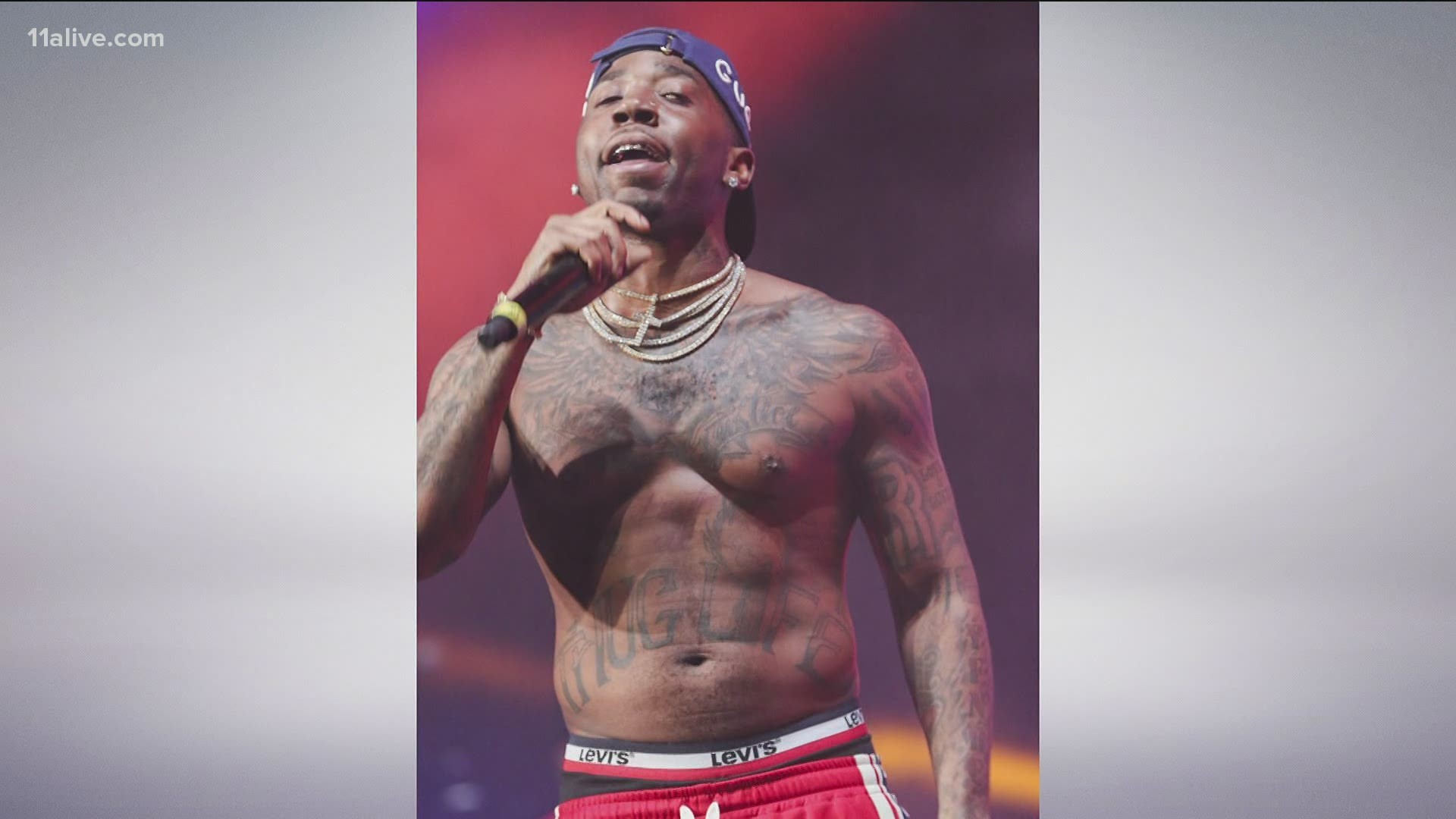 ATLANTA — Atlanta rapper YFN Lucci's attorney appeared before a Fulton County judge on Thursday and entered a not guilty plea on his behalf.

He also waived his formal arraignment in a gang-related racketeering case he was indicted in last month.

Rayshawn Bennett, known musically as YFN Lucci, is alleged in the Fulton County indictment to be associated with the Bloods gang in Atlanta and Miami.

The hearing was at 10 a.m. in Fulton County Superior Court.

RELATED: Rapper YFN Lucci one of a dozen indicted for racketeering in massive gang crackdown

The indictment includes the rapper and a number of others allegedly associated with gang activity. Deputy Chief Charles Hampton, Jr. of the Atlanta Police Criminal Investigation Division told 11Alive last month that the case encompasses charges including "murder all the way down to possession of a firearm by a convicted felon."

Lucci also faces murder charges in a separate case, in connection to a December shooting of an Atlanta man. He was released from jail in that case in February on a $50,000 bond, but booked back into jail in May after the gang-related indictment.

RELATED: Atlanta Police: Rapper YFN Lucci, who was wanted in murder case, turns himself in

The indictment shows the organized criminal activity goes back to 2010, but Bennett’s activity is not named until February 2020. That's when a music video titled 'Shine On' “includes lyrics promoting criminal gang activity” and displayed “common blood gang identifiers including hand signs, language, clothing and colors.”