Eleven alleged members of the '1831' gang were indicted. 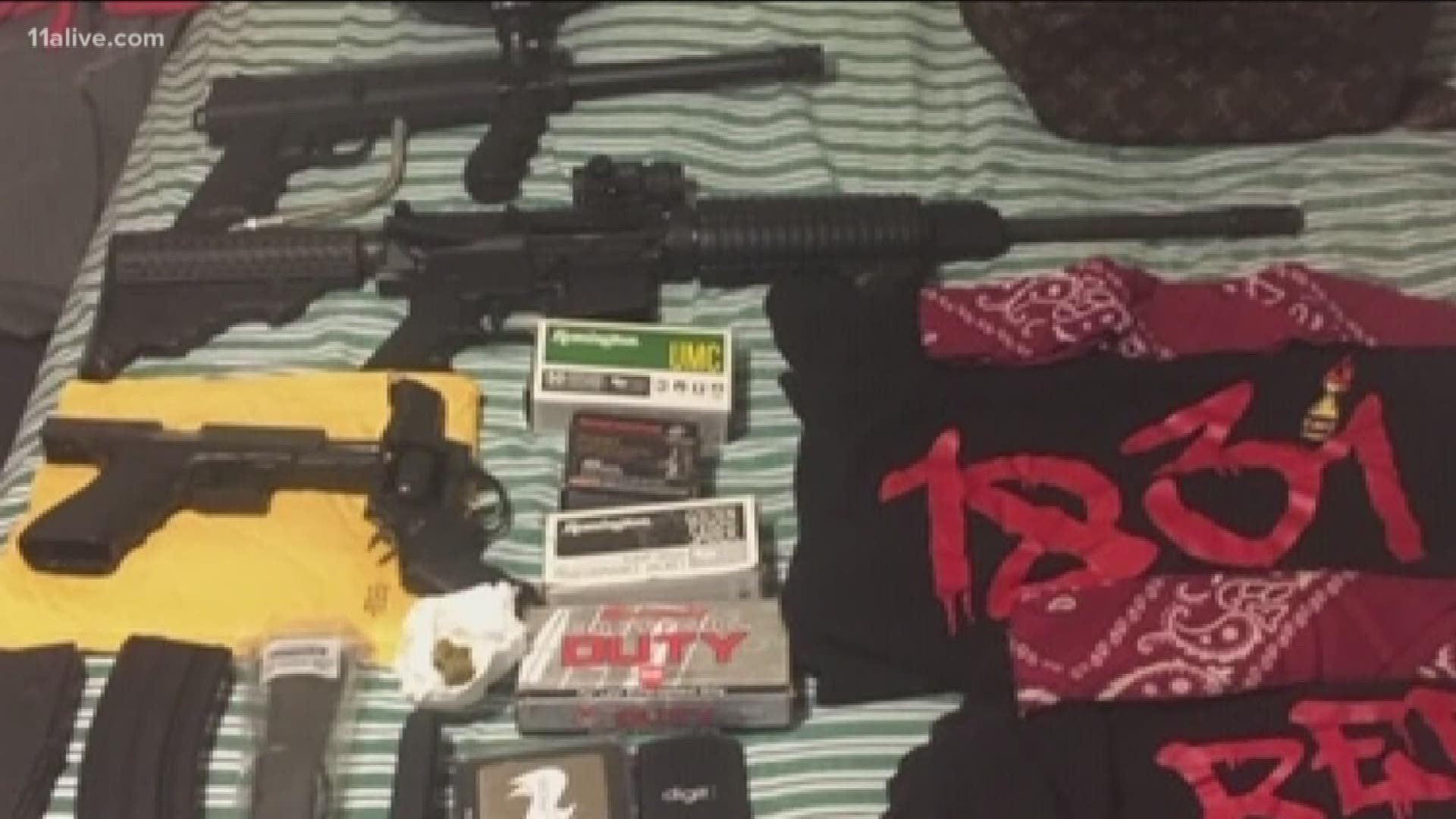 COBB COUNTY, Ga. — A man suspected of bringing a violent street gang from California to Georgia has been indicted along with 10 other alleged gang members, Cobb County officials announced on Friday.

John Melvin the acting District Attorney said the suspects were part of the street gang known as 1831, also known as the 1831 Piru Bloods. Melvin said the gang is affiliated with the Bloods.

One of those arrested, Etheridge Mosley, allegedly came to Georgia from California in the early 1990s with the purpose of starting the gang in the state.

"He is the Triple OG for this state," Melvin said.

Mosley's "lieutenants" were among those also indicted, including Malique Jose David, Melvin said.

Manuel Salvador Gomez, Alejandro Jose Alcala and Juan Manuel Contreras were among the three noted to be affiliated with the indictment. Melvin wrote that Gomez was arrested Friday morning, while Alcala and Contreras have been in Cobb's custody for a while.

Nine of the 11 indicted are in custody, officials said Friday.

"We have leads on the other two," Melvin said.

They are facing a host of charges including racketeering, gang act violations, armed robbery, aggravated assault, battery, and narcotics and firearms charges.

Charges in the indictment date back to 2012; the investigation goes back several months, Melvin said.

"The 1831 Piru gang has struck every area in Cobb County," Melvin said.

Melvin described the gang problem in the state as a "crisis".

"I'm appreciative for social media because it allows us to identify various criminality acts and identify the gang members."

Why are they called the 1831 Piru Bloods?

According to the indictment:

"1831 is important because it was the year of Nat Turner's slave rebellion, which took place in the state of Virginia...Turner was captured and sentenced to death on November 11, 1831. It is believed that 1831 utilizes "Piru" to pay respect to the first set of Piru Bloods who first originated in Calfornia."

What are their identifying signs?

According to the indictment:

Members and associates have been observed wearing clothing with the numbers "1831" printed or affixed to the clothing, to include but not limited to shirts and hats. It is also a common practice for individuals associated with 1831 to wear clothing specific to sports teams that might utilize the letter "P", for Piru, such as the Pittsburg Pirates or the Philadelphia Phillies.

Gang hitman gets life for murder ordered from inside Georgia prison