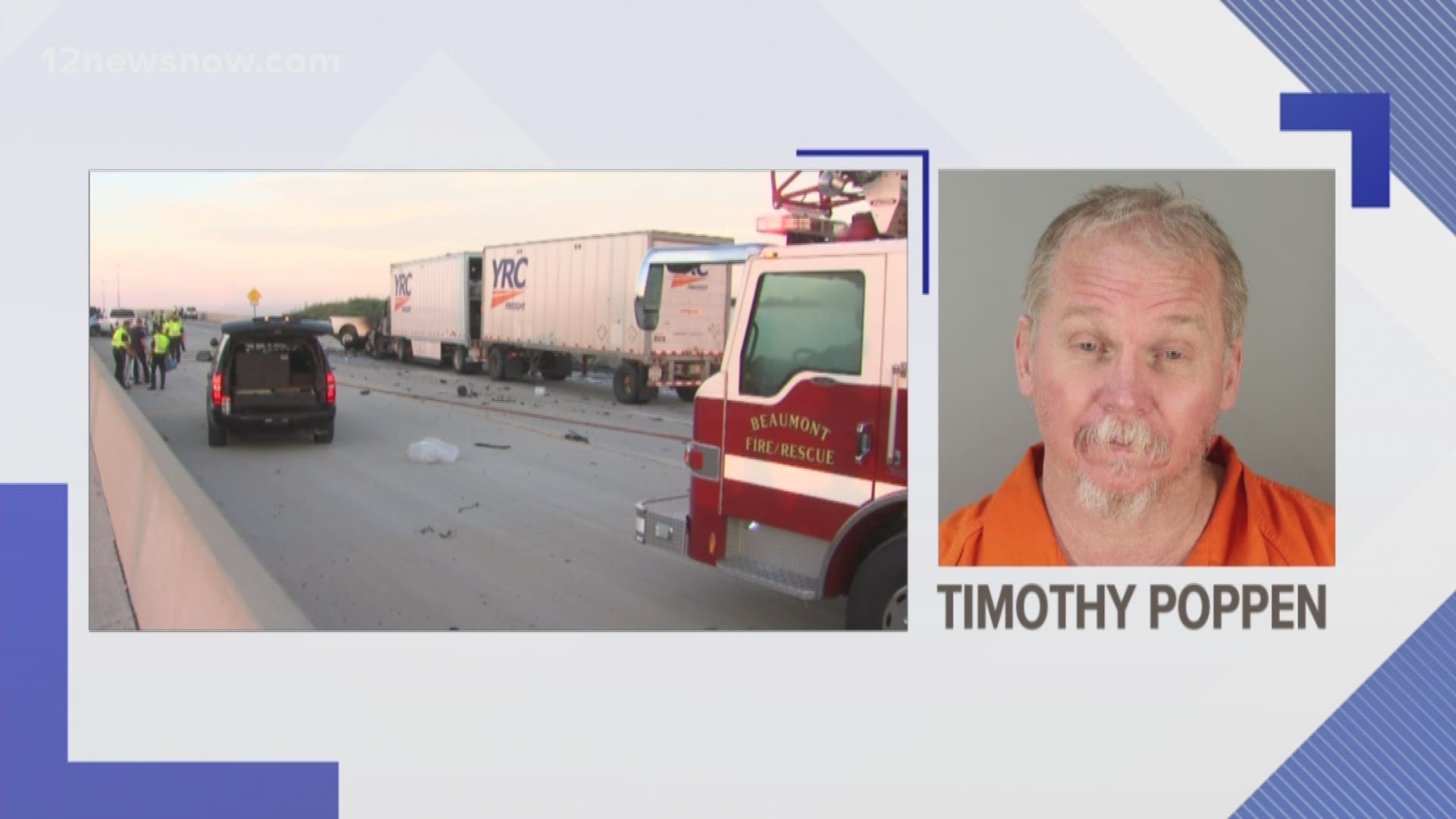 A truck driver is behind bars and is facing multiple charges after a fiery September 2018 crash that killed a mother and her three children.

Timothy Thomas Poppen of Mississippi is held in the Jefferson County Jail, charged with four counts of criminally negligent homicide in connection with the Beaumont accident.

Chelsea Stanbury of Georgia and her three children died in the multiple car crash. There were three other people in the vehicle with the according to Beaumont Police.

The victims' family also has a federal lawsuit against the company Poppen worked for.

Seven passenger vehicles were involved in the crash with the 18-wheeler, and some of those were on fire according to police. Several people were taken to hospitals with minor injuries following the wreck.

Beaumont Police were called to the crash on IH-10 westbound at mile marker 846 near South Major Drive.

There was also a hazardous materials spill associated with the wreck according to police.

Poppen was indicted in December on those four charges. He has a court hearing March 2, 2020, to enter a plea according to officials.

RELATED: Georgia woman and three children killed in fiery accident on I-10 in Beaumont 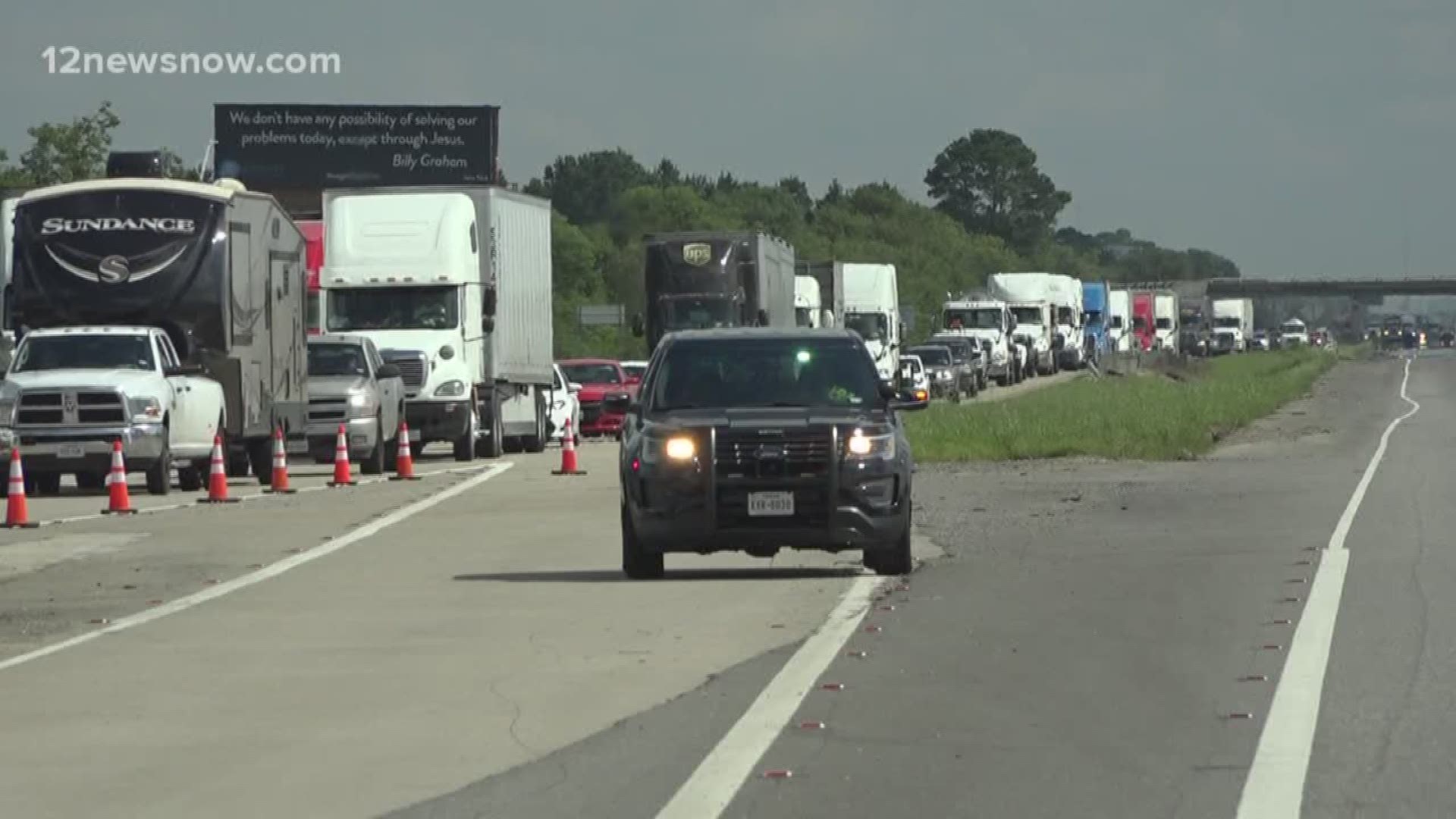 Get prepared before the storm: here's what you need to know