Police arrested De’Andre Brown and charged him with two counts of felony murder and one count of aggravated assault in connection to the shooting. 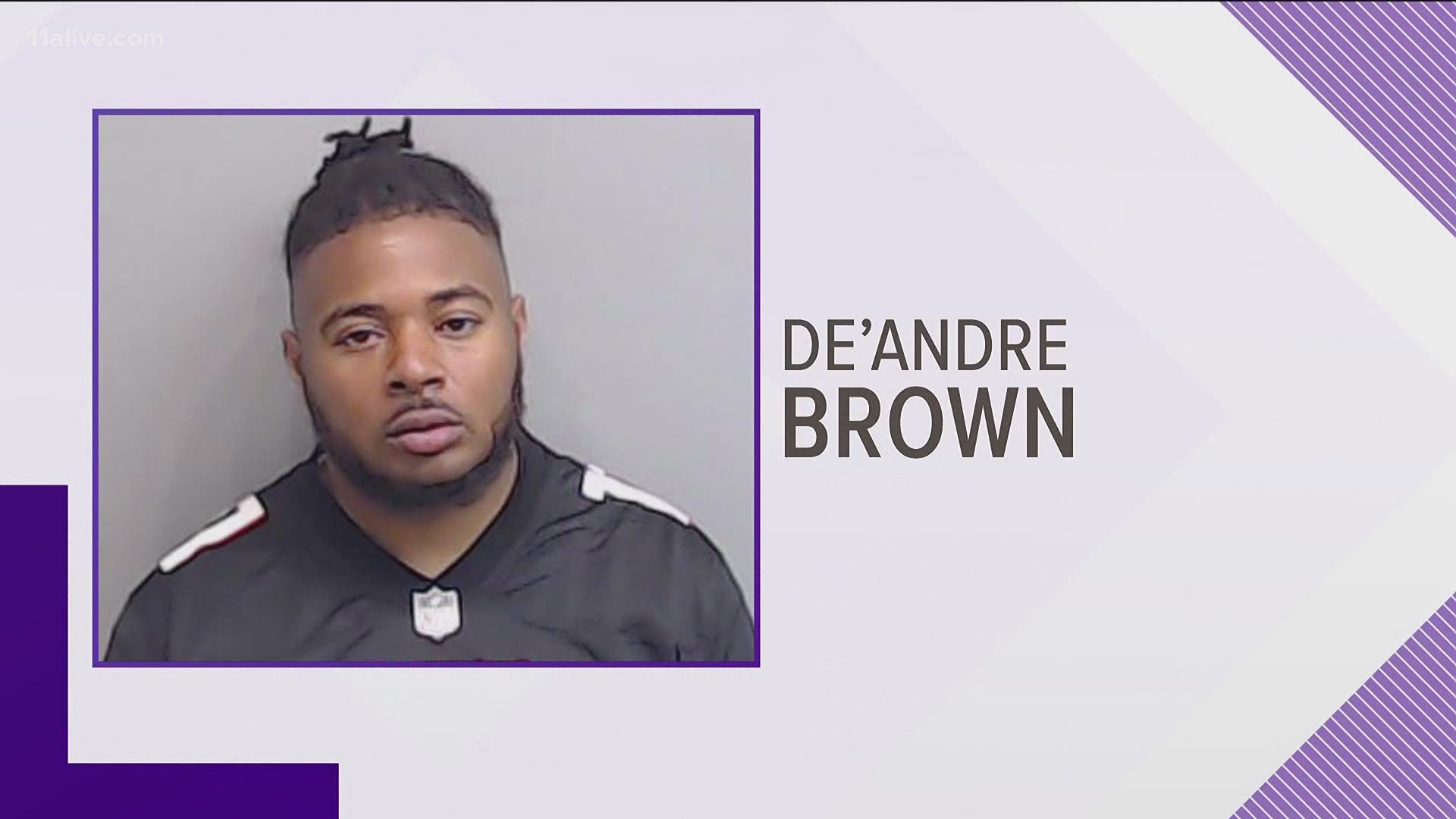 ATLANTA — Police have made an arrest in a shooting that killed two people and left 13 others hurt after gunfire broke out while people were gathered watching Fourth of July fireworks. It was one of many deadly incidents over the holiday weekend in Atlanta.

Police arrested De’Andre Brown and charged him with two counts of felony murder and one count of aggravated assault in connection to the shooting.

It was in the early morning hours of July 5 when police responded to the 200 block of Auburn Avenue after receiving reports of several people shot. The victims were taken to the hospital, but two of them - 20-year-old Joshua Ingram and 32-year-old Erica Robinson - did not survive.

RELATED: Mom who lost her son in Auburn Ave shooting in violent holiday weekend: 'You can't prepare for this'

"There’s not a day that goes by that I don’t cry. This is very difficult for us. There’s no other way to say it. But I’m very proud of the city of Atlanta Police Officers," says Ingram's moter, Sherlyn Ingram.

Sherlyn says the news of the arrest does bring her family some comfort, "it let me feel safe and let’s me know that these officers are doing their job."

Joshua Ingram would have celebrated his 21st birthday late last month, according to his family.

Now, after more than two months of investigating - including identifying four persons of interest in the case - police said that they gathered enough probable cause to determine that Brown, 26, was involved in the shooting.

On Sept. 13, police said they finally found and arrested Brown - while responding to another public safety call.

Police said officers on that night spotted several "reckless drivers" in the 800 block of Sidney Marcus Boulevard, and, as part of the stop, were conducting insurance and registration checks on several of the vehicles involved. One of those vehicles, police said, was registered to Brown. Police stopped the car and Brown was arrested without incident. Police said they found a gun inside the car. He was taken to the Fulton County Jail and was denied bond.

"We are proud of the work that the Homicide Unit put forth in solving this crime. We are also thankful for the efforts of Zone 2 units in proactively addressing reckless drivers," police said in a statement announcing the arrest.

"It is not lost on us that the suspect of this shooting was apprehended while engaging in some of the same behaviors that were taking place at the time of the shooting which led to the deaths of Joshua Ingram and Erica Robinson," police continued. "The Atlanta Police Department is focused on addressing this ongoing issue. It has been a regular issue, not only in Atlanta, but throughout the country and it is unacceptable. Reckless behavior like this has no place on the streets of our city and we will not sit back and allow it to occur, unchallenged."

Police added that they are working to address the reckless driving through the use of technology, discretionary unit and increased enforcement in problem areas and with assistance from local, state and federal law enforcement partners.

Meanwhile, the shooting itself is still under investigation. Police still need help identifying the other people involved in the shooting. Anyone who has information is asked to call 911 or Crime Stoppers.