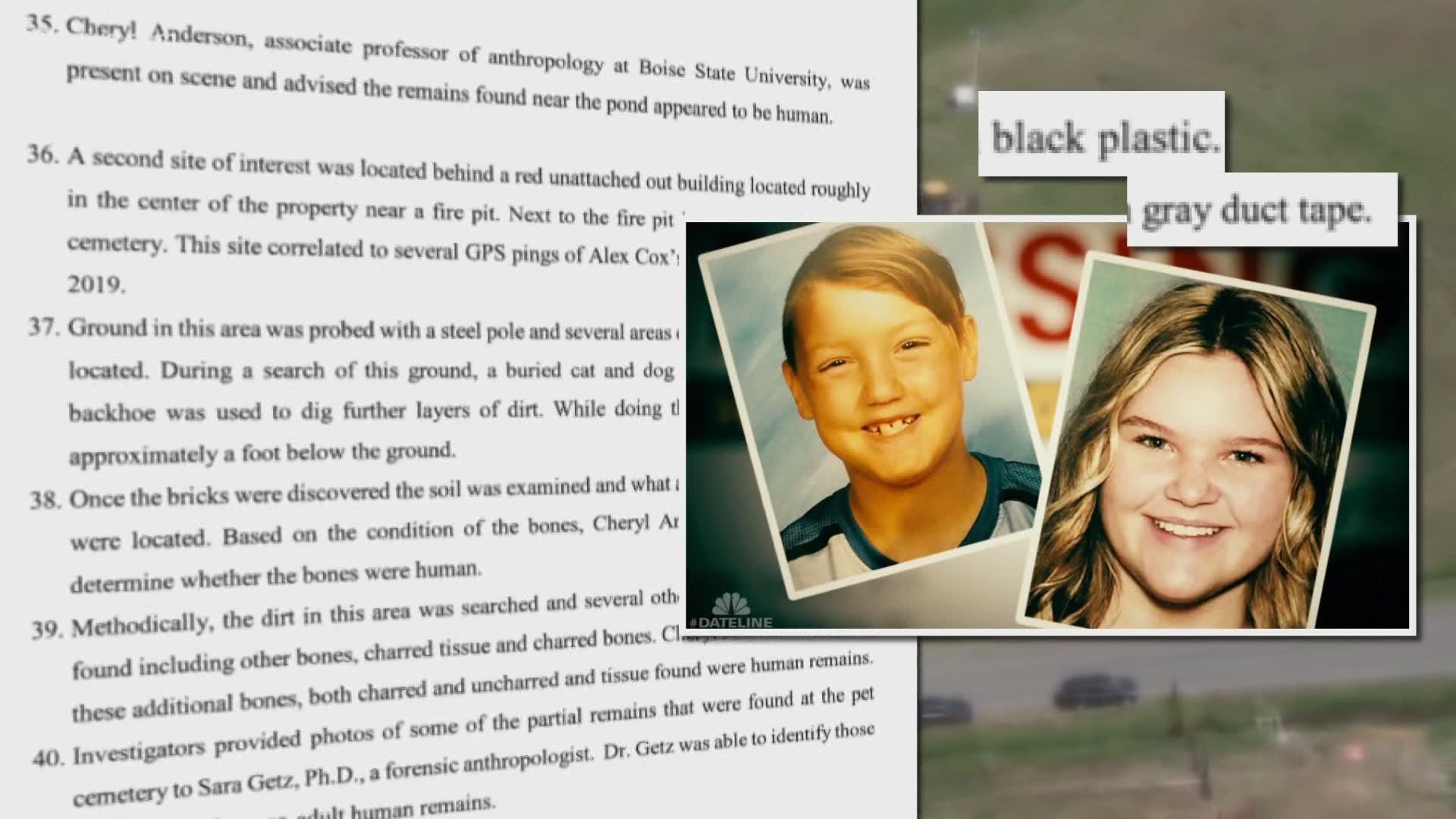 Records show it was pings from Alex Cox’s cellphone that lead investigators to the children's gruesome graves.  Cox is the children's uncle, Lori Vallow Daybell's brother.

Records reveal that one body was dismembered - the head separated from the rest of the body, all wrapped in plastic and duct tape.

The other body was found in a pet cemetery near a fire pit. Investigators say they found bones and tissue, some of them charred.

Investigators first started looking at the Daybell property after a neighbor noticed more bonfires in the backyard.

Tylee Ryan was last seen at Yellowstone National Park on September 8, 2019. The next day, Chad Daybell, texted his then-wife Tammy:

"Well, I've had an interesting morning! felt should burn all of the limb debris by the fire pit before it got too soaked by the coming storms. While did so, spotted big raccoon along the fence. hurried and got my gun, and he was still walking along. got close enough that one shot did the trick. He is now in our pet cemetery. Fun times!"

In the records, investigators note the messages were weird.

Tammy died suddenly at the same home in October.  Her death still under investigation.

The documents also shed light on why the children might be dead.

Lori’s close friend, Melanie Gibb, told police Lori thought both kids had turned into zombies that were hard to handle and that Chad put the idea in her head.

The records say Gibb also told police Lori believed that once a person was possessed by a zombie, their true spirit goes into a limbo where it’s stuck until the body is killed.

"These doctrines are dangerous," Gibb told East Idaho News last month.  "And look what they lead to. They lead to people dying."

At this point, there are no charges tied to the children’s deaths but more charges are expected as the investigation continues.

As for Alex Cox, he died at his home in Gilbert in December 2019.  The medical examiner ruled he died from natural causes, but police say the investigation is still open.

Among other things listed in the probable cause statement unsealed Friday:

You can read the full probable cause statement below: