Police said the two men robbed a T-Mobile store, stole an SUV and led officers on a high-speed chase. 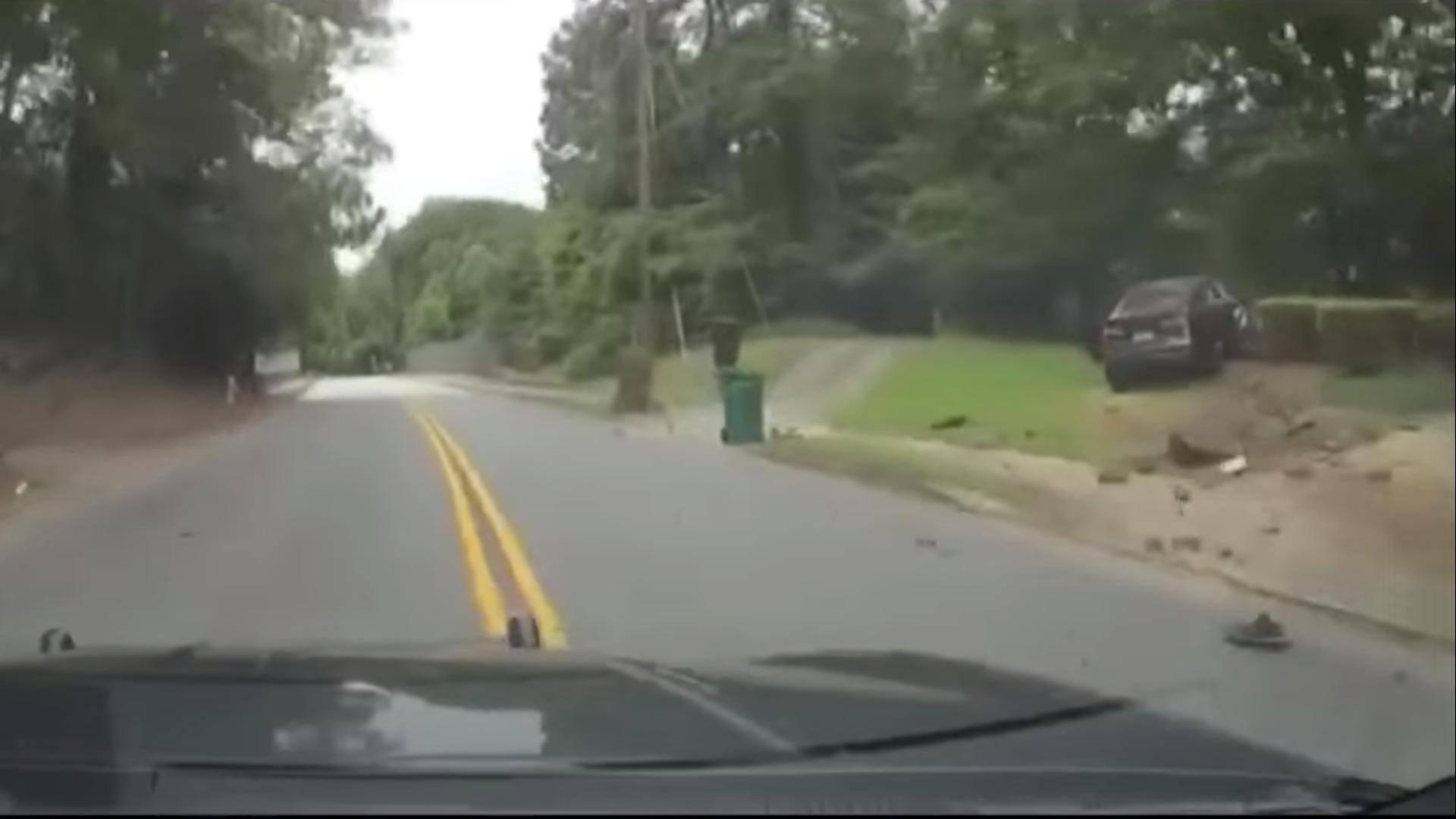 SANDY SPRINGS, Ga. — Two men were arrested in Sandy Springs after an armed robbery of a cell phone store and a high-speed chase.

Late Wednesday morning, police in Sandy Springs said they received word of an armed robbery at a T-Mobile store in the Prado Shopping Center on Roswell Road.

According to police, when officers arrived, they found that the store's employees had been zip-tied by two armed men who they said came into the store with their guns out.

Police said the men stole several cell phones and the keys to an SUV belonging to one of the people inside the store.

Sandy Springs Police put out an alert for the two men and began a search.

A short time later, a Sandy Springs officer saw the SUV near the corner of Mount Vernon Highway and Blue Stone Road. The officer tried to stop the vehicle, but the driver was able to avoid capture.

Dashcam video from Sandy Springs Police showed a portion of the chase.

According to police, the SUV crashed into a vehicle stopped at the traffic light at the corner of Mount Vernon Highway and Heard Ferry Road, then side-swiped another SUV at that same corner.

Police said they continued traveling on Mount Vernon Highway for a short distance before crashing on the side of the roadway. The men could be seen on the police video running off in different directions on foot.

Both men were caught by Sandy Springs police officers.

The two suspects were identified as 33-year-old Tarris Young from Union City and 23-year-old Zacchaeus Tillman from Atlanta.

Police said all of the stolen property was recovered along with the two guns used in the robbery.

An apartment complex evicted a woman, not realizing she was dead inside her unit for at least 3 weeks