The FBI announced the arrests on Wednesday. 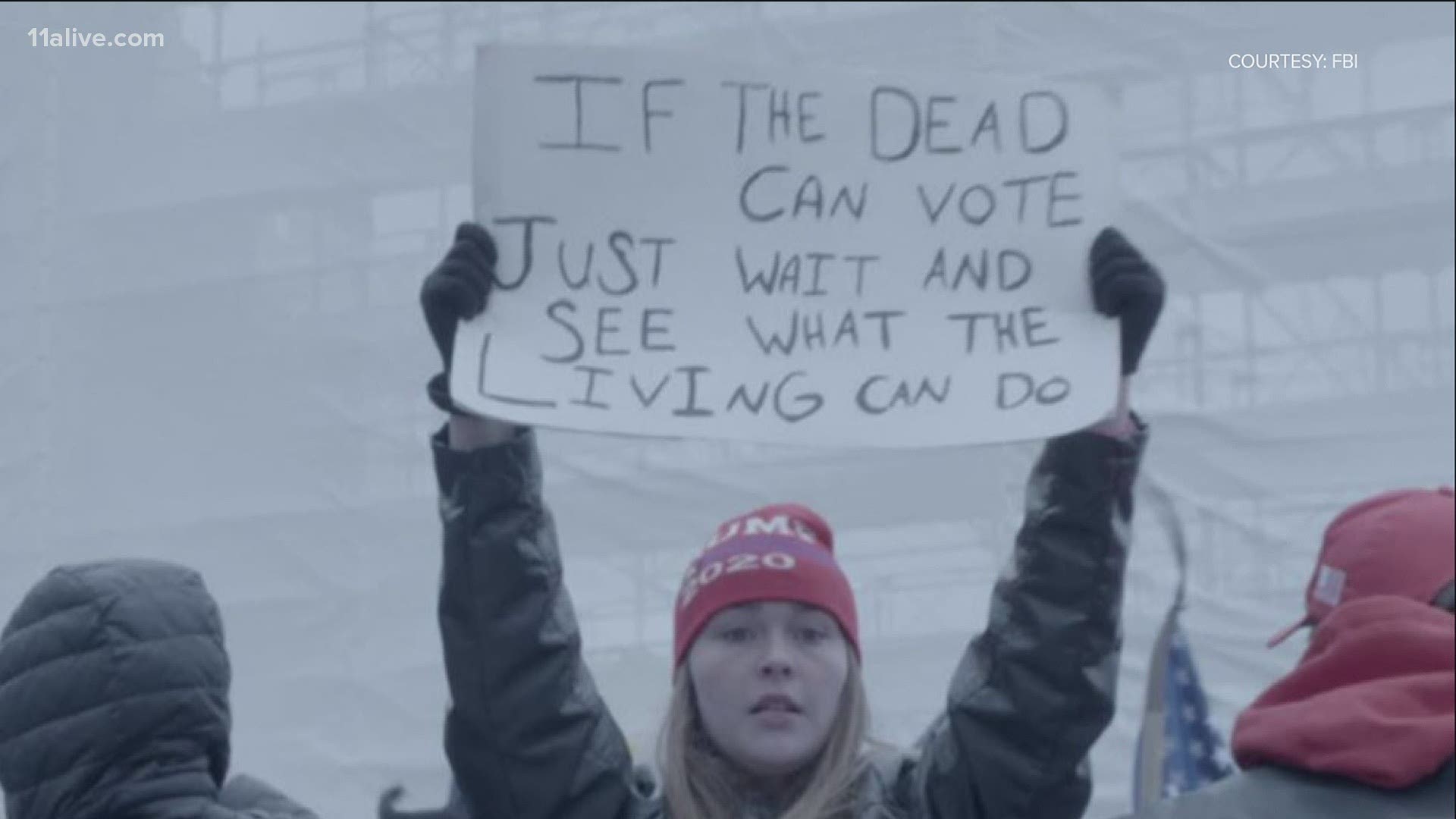 ATLANTA — A 21-year-old and 20-year-old from the Athens area were arrested in connection to the storming of the U.S. Capitol, the FBI announced Wednesday.

The pair make at least 14 people now from Georgia who have been arrested in the Jan. 6 breach of the Capitol by a pro-Trump mob.

On Twitter the FBI's Atlanta office identified the two as Nolan Harold Kidd, 21, and Savanah Danielle McDonald, 20. Kidd is from Crawford, in Oglethorpe County, and McDonald from Elberton in Elbert County, the FBI said.

Photos included in a "Statement of Facts" document show the two among a group that included one of the most infamous participants in the riots, the so-called "QAnon Shaman," Jake Angeli, who was shirtless and wearing a horned helmet while inside the Capitol.

The document says McDonald told agents that she and Kidd "marched to the U.S. Capitol, and when they reached the U.S. Capitol, there were uniformed police officers near the doors telling them to come inside and showing them where to go."

According to the document, Kidd, meanwhile, "told the agents that the doors to the U.S. Capitol were wide open." In an interview for a right-wing web newscast, the document states Kidd corrected another man who said they broke in.

"We did not break in," the document indicates he said.

One photo shows McDonald outside the Capitol with a sign saying: "If the dead can vote just wait and see what the living can do."

The document states a search warrant was obtained for McDonald's Snapchat account group chats including her and an account believed to belong to Kidd were reviewed.

“We weren’t just there we went farther than almost anyone into the building . . . [m]aybe about top 15 people," the account believed to belong to Kidd stated in one message. "Me and Savannah are F****** STORMTROOPERS.” The day after the riots, McDonald allegedly wrote to the group, “My chest hurts . . . [b]ut we did the right thing.”

Kidd and McDonald's arrests follow on the announcement last week of the arrest of an Alpharetta man, Kevin Creek, who was allegedly caught kicking an officer.

Before that, Verden Nalley of Buford was arrested in February. Other arrests include 18-year-old from Bruno Cua of Milton, and 23-year-old Ben Torre of Dawsonville.