The victims, who have non-life threatening injuries, were taken to the hospital, police said. 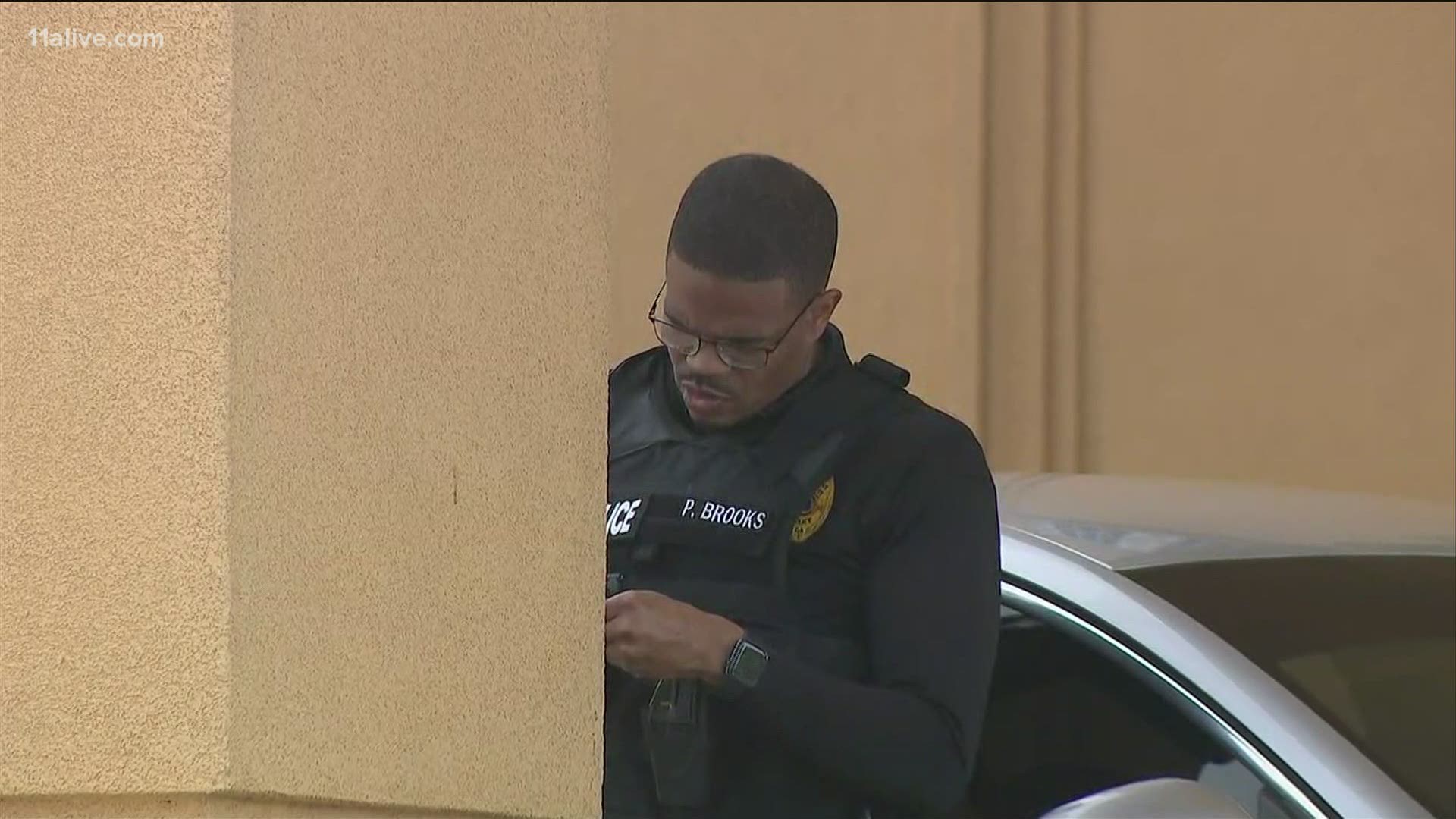 UNION CITY, Ga. — Union City Police are looking for suspects following a double shooting at a hotel. The search for the possible gunmen led police to another nearby location

Officers on the scene told 11Alive the incident started at the Country Hearth Inn and Suites on Shannon Parkway where a man and a woman were shot.

The victims, who have non-life threatening injuries, were taken to the hospital, police said. The suspects took off and went to the La Quinta Inn on Mall Boulevard, according to officers. Union City Police waited for SWAT to respond.

In another update from officers on the scene, police said the two suspects were on the property, but when they entered the La Quinta Inn, they determined that both men had already left.

A spokesperson for the Union City Police told 11Alive officers have identified the suspects. They are gathering search and arrest warrants.

Police said there isn't a community safety concern at this time.