A look at no-knock warrant cases in metro Atlanta through the years. 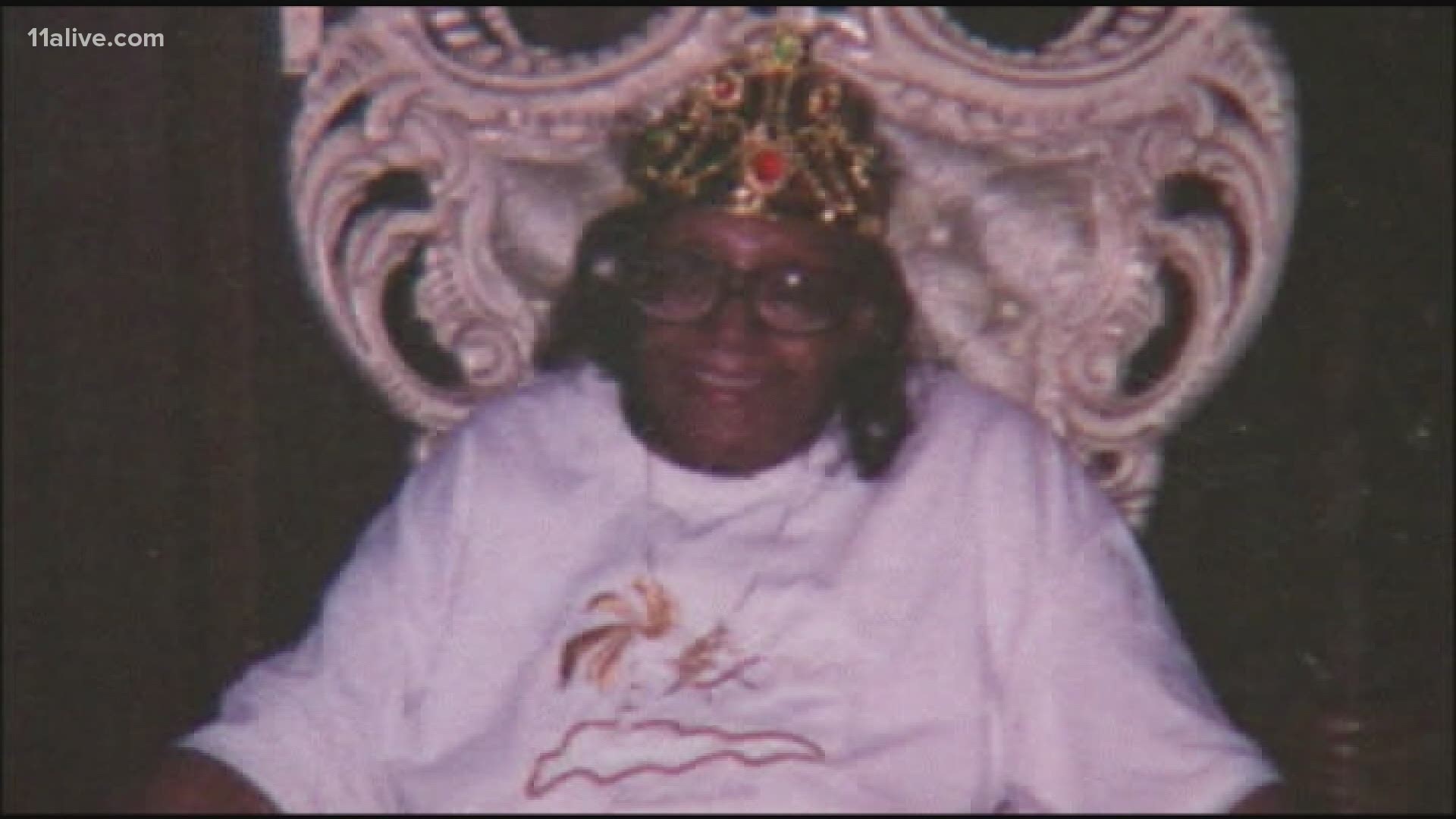 ATLANTA — Anyone who has watched police reality shows has seen the execution of search warrants in action. Police officers show up at a door and knock loudly, announcing themselves before breaking down the door and barging in to search the place.

Meanwhile, someone is in the bathroom, frantically dumping drugs down a toilet or pitching a bag out a rear window.

The Fourth Amendment of the United States Constitution protects all citizens of the nation against what the founding fathers called "unreasonable search and seizure."

As a result, we, as American citizens, can feel comfortable that the police won't -- or at least shouldn't -- come uninvited into our home without a "good reason."

If the police do feel the need to enter a private home, they have to have a good reason -- and explain that reason to a judge. Once the judge is satisfied that there is a good reason, the judge will issue a warrant.

Fast-forward to the early 1970s, and the proliferation of illegal drugs around the nation. According to a report from the Drug Enforcement Agency, law enforcement agencies were finding that traditional warrants were becoming more of a hindrance during the so-called war on illegal drugs.

Enter the "no-knock warrant." It is a special type of warrant granted by judges, allowing law enforcement to enter a location without announcing themselves first. According to the DEA, some states began to issue no-knock search warrants as early as the mid-1970s.

They are usually granted when there is a danger of one of two things occurring -- one, the possibility of a suspect disposing of evidence of a crime before officers can reach them. Two, the suspect is deemed to be dangerous and if an officer were to announce themselves, it would give a suspect an opportunity to reach a weapon and fight, possibly placing the officer in danger.

RELATED: Why do police use no-knock warrants?

According to Major John Hutcheson of the Georgia Public Safety Training Center, without the no-knock warrant, investigators lose the “element of surprise” when attempting to arrest a drug suspect.

“That gives them time to go and destroy that evidence such as flushing it down the commode, things like that,” says Maj. Hutcheson.

No-knock warrants are not used in all drug investigations. A judge has to approve each warrant. Officers have to gather evidence to prove that a no-knock warrant is needed. The reasons may include information that their suspect poses a threat.

On November 11, 2006, three Atlanta police officers kicked in the door of a home on Neal Street in northwest Atlanta's English Avenue community. The officers had a no-knock warrant, and they expected to find a drug haven.

But they were at the wrong house. Instead of drugs, they found 92-year-old Johnston, armed with an old gun she kept for protection.

The elderly woman, frightened by the noise, fired once at the officers. The police officers fired 39 shots back in response. Five of the shots from officers struck Johnston, killing her. Some of the other shots hit the officers as friendly fire.

The Atlanta City Council in 2020 approved legislation that urges the Georgia General Assembly to review and revise its statutes regarding no-knock warrants.

RELATED: Atlanta City Council pushing for ban on use of no-knock warrants

The resolution, authored by Councilman Antonio Brown, says that as Atlanta joins other cities in the United States proposing police reform, policy changes must serve to protect all individuals against violent crimes, while including protections against the use of excessive force often associated with the use of no-knock warrants.

In May 2014, a 19-month old toddler suffered severe burns to his face and chest when Habersham County deputies tossed a flash-bang grenade into his playpen during the execution of a no-knock warrant.

Members of the Mountain NCIS Team were looking for a suspected drug dealer at the time of the incident.

Bou "Baby Bou Bou" Phonesavanh was hospitalized. While a grand jury said the drug investigation that resulted in the warrant was "hurried, sloppy, and unfortunately not in accordance with the best practices and policies", they found "no evidence of criminal intent or criminal negligence on the part of any law enforcement officer involved."

As a result, there were no charges brought against anyone in connection with the incident.

At the time, a family spokesperson said the raid was not simply the result of sloppy police work. In his opinion, it was a crime.

"This family does not deserve the tragedy that they've experience," Marcus Coleman said. "This little child his injuries and his ongoing medical procedures, and there's nobody to be held accountable."

Shortly after the grand jury's decision, the Habersham County Sheriff's Office announced the drug task force responsible for the incident would no longer be in operation. Instead, it was joining a larger task force under the supervision of the Georgia Bureau of Investigation. Coleman said the dismantlement of the unit was not the justice sought by the family. The family has since moved to Wisconsin.

In February 2016, a Riverdale police officer was killed while assisting officers serving a no-knock warrant at an apartment. A suspect was also killed during the incident.

Major Greg Barney was not wearing a bulletproof vest when supervising a team serving a no-knock drug warrant. According to an autopsy, Barney was shot four times during the incident.

The Georgia Bureau of Investigation said that Major Barney was killed in an exchange of gunfire when 24-year-old Jerand Ross shot at officers, then fled the apartment at the Villages on the River apartment complex.

According to the GBI, Ross ran out the back door of the building when police came to serve a no-knock search warrant. Witnesses told agents they saw Ross with two handguns and that he threw one of them behind the building.

The GBI said that Ross shot Major Barney, then pointed his gun at a Clayton County officer, who shot Ross in the head.

In February 2018, the Henry County Sheriff's Office served a no-knock warrant on the wrong house and broke into the home of 81-year-old Onree Norris.

Norris was not the target of the raid. Deputies had the wrong man and the wrong house.

According to the no-knock search warrant signed by a Henry County magistrate and obtained by The Reveal Investigative team, the description was for the house next door.

The warrant included information about the suspected drug dealer who lived next door to Norris's house.

According to the warrant, the house that law enforcement was looking for was described as an off-white house with a black roof. Norris's house is yellow with a gray roof. The two houses had separate driveways, addresses and mailboxes.

However, the heavily-armed, camouflage-clad Henry County SRT deputies walked right past the target house without clearing it, and charged through a tree line, directly to Norris's back door.

"Sheriff's office, search warrant!" a deputy yelled before tossing in a flash-bang grenade.

Norris said the deputies kicked down four doors before finding him standing in his hallway, illuminated by the tactical flashlights attached to the SWAT team's M4 rifles.

“Got to the hallway, they was all over me,” Norris said. “Grabbed my arm, twisted behind my back, and handcuffed me.”

The Reveal obtained eight complete helmet-camera videos that were provided to Norris as part of his lawsuit against the deputies. Once they realized they had the wrong man, the deputies turned off their cameras, one by one, but some remained in Norris’ house after the mistake was discovered.

Norris said the deputies told him they would leave and he would be released only if he agreed to sign a piece of paper they put in front of the handcuffed 79-year-old.

“So I signed my name on there,” Norris said. “I didn’t get a chance to read it.”

Attorney Darryl Scott filed a lawsuit on behalf of Norris against the deputies who had laid siege to his home without a warrant.

“A pizza delivery man could have delivered a pizza to the correct address,” Scott said describing the lack of due diligence the deputies showed.

The primary defendant named in the lawsuit was the tactical commander, but a federal judge dismissed the case against him and the other deputies, ruling all law enforcement officers are protected by Qualified Immunity.

“Qualified Immunity is a court-invented doctrine that allows law enforcement officers and other government actors to avoid liability when they violate citizen’s constitutional rights,” Scott explained.

The doctrine was carved out to protect officers from individual liability when they make mistakes attempting to enforce the law.

“As a screening mechanism for frivolous lawsuits, and what it’s morphed into is almost absolute immunity for law enforcement officers,” Scott said.

The U.S. Supreme Court has determined that officers can be held liable only when they violate rights that are “clearly established.” Scott said, “in practice what that means is a civil rights plaintiff has to find a case with functionally-equivalent set of facts that’s already been decided.”

Norris and Scott have filed an appeal with the 11th Circuit U.S. Court of Appeals.

Major Hutcheson of the Georgia Pulblic Safety Training Center says that when properly researched and executed, no-knock warrants can work.

“We teach here at the training center to not cut corners, to make sure we lay the groundwork,” says Hutcheson.