Several videos showed a woman who allegedly attempted to burn down the location where Rayshard Brooks was shot a day earlier. 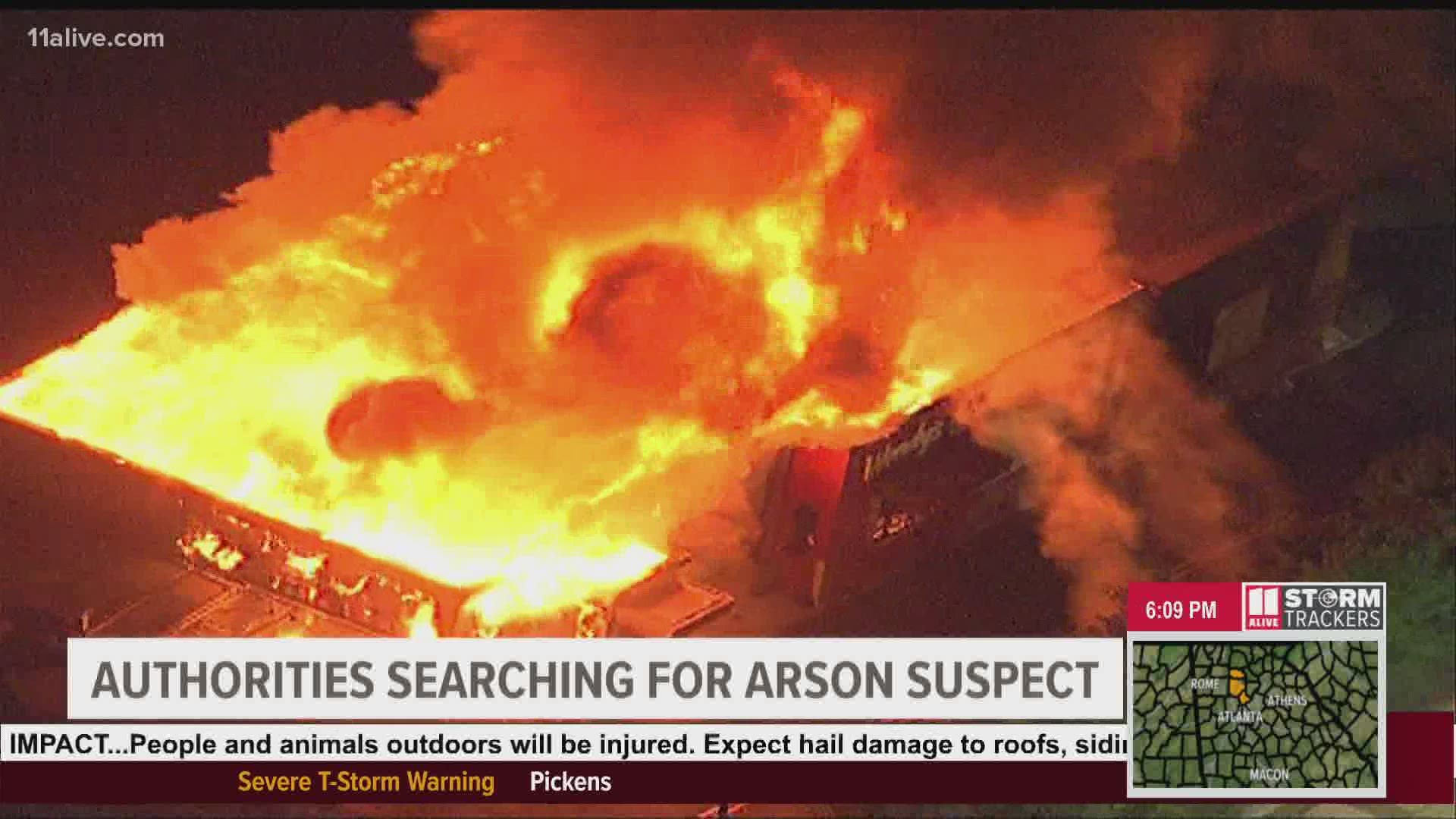 There is now a $10,000 reward for the arsonist who set the Wendy’s on fire during Saturday night’s protest.

Atlanta police sent out these photos of the woman they say may have started the fire – and are hoping you can help identify her.

These pictures aren’t the only place this woman has appeared. 11Alive’s Christie Diez has been working to verify some videos that have now gone viral.

A raging fire lit up the night sky as the Wendy’s where Rayshard Brooks was shot was set on fire.

Soon after, videos started popping up on social media appearing to show a Caucasian woman possibly spraying accelerant through a window.

Many say she wasn’t even with the protest.

It sparked outrage and finger-pointing as the videos went viral with one now viewed more than 1.6 million times.

As soon as we saw these videos pop up we started to investigate and got to work to verify what was being shared.

Late Sunday afternoon Atlanta police confirmed they believe this woman set the fire wearing all black and covering nearly everything except her eyes. Authorities are now offering thousands of dollars to find out who she is.

Atlanta fire rescue confirms they are investigating the arson and were on the scene this morning along with the Bureau of Alcohol Tobacco and Firearms (ATF), but said they couldn’t do much because protesters were still there.

They are also aware of the videos but said they have no suspects at this time.