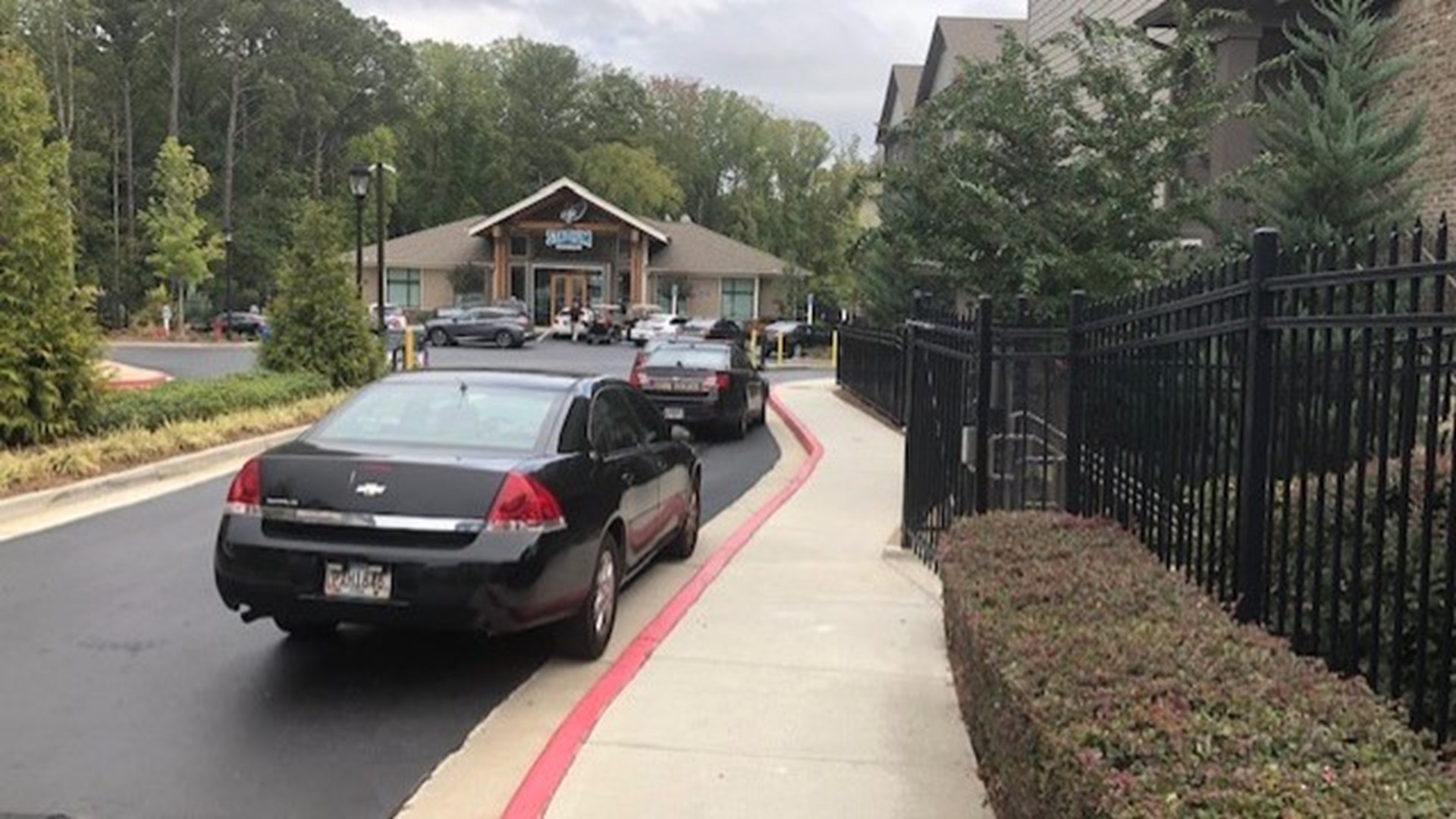 KENNESAW, Ga. — The person killed in a shooting at an apartment complex near Kennesaw State University's campus Sunday was a student, officials confirm.

According to Cobb County Police, the shooting happened at about 11:40 a.m. Sunday at the Stadium Village Apartments, in the 3000 block of Hidden Forest Court.

Police said when officers arrived, they found the body of a man on the ground near the 4000 building. He was identified as 18-year-old Oluwafemi Oyerinde of Lawrenceville.

Kennesaw State University officials confirmed with 11Alive late Monday morning that Oyerinde was enrolled as a student at the university.

The other two victims were 18-year-old Khalil Bennett of Grayson, Georgia and 18-year-old Jarius Bonner, police said. Both were transported to Wellstar Kennestone Hospital in Marietta for treatment.

KSU Freshman Christian Dunn said he was startled by the sound of gunshots.

Akeem Muhammad said he was outside as the gunshots rang out. He described seeing two young men race past him.

"I heard like four or five shots, then I see two kids running out of this building over here," he said. "I saw one jump in a white car and take off, a hundred miles an hour and the other kids came and ran right by me."

On Sunday afternoon, Cobb County Police Sgt. Wayne Delk said the shooting stemmed from a dispute between two sets of neighbors. He said that investigators had a pretty good idea as to who the shooting suspect was, but they were not ready to release additional information as of yet.

Some parents told 11Alive they were upset that KSU did not send out an alert when the shooting occurred. The apartment complex is not on the Kennesaw State campus, but many students live there.