The 10-minute video was posted by someone who claims to have posed as a 14-year-old boy in order to lure the accused predator. 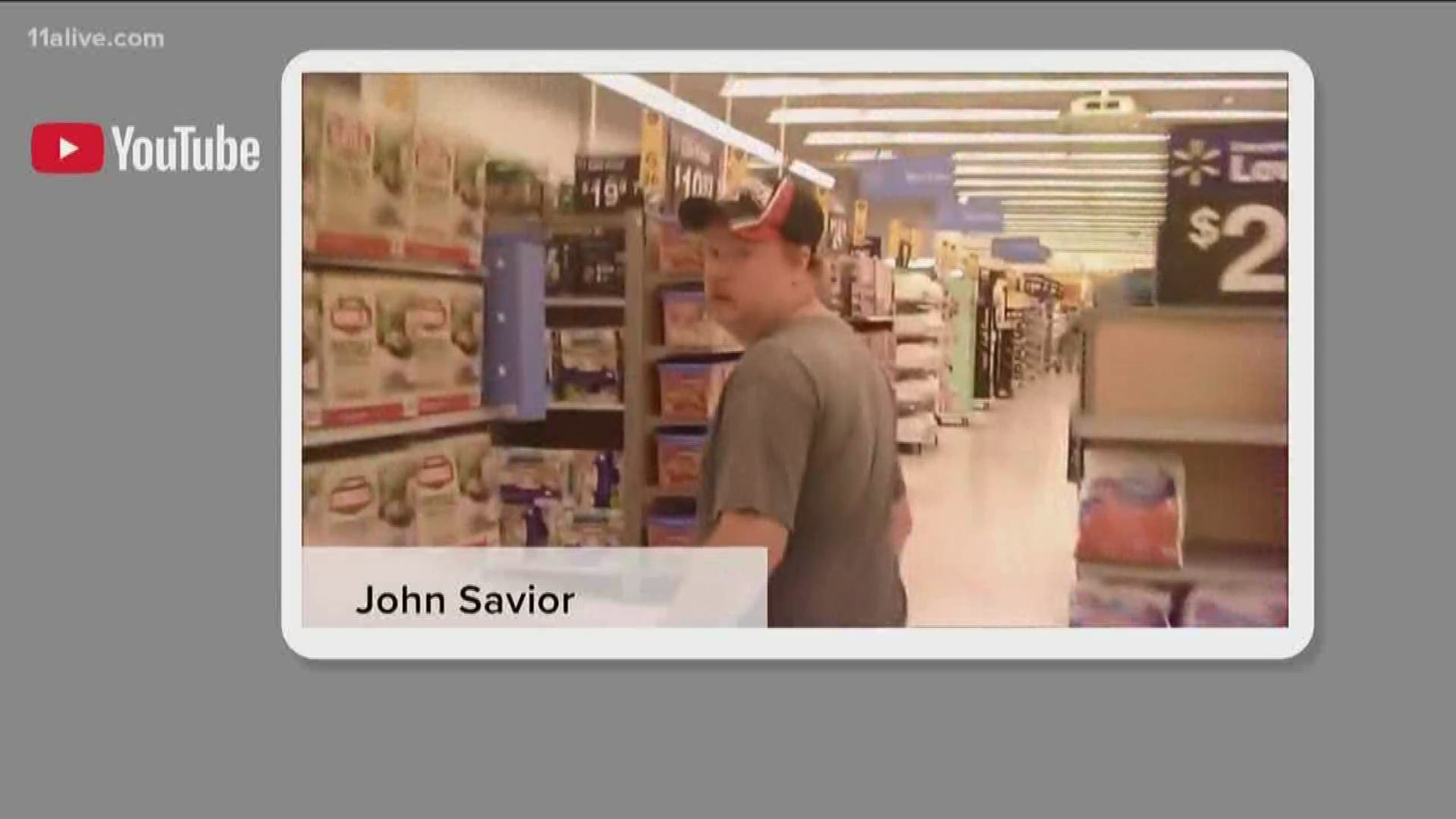 A viral video of a so-called sex sting making the rounds online has led to an accused sexual predator's arrest - but police weren't the ones behind it.

James Crews, 35, has been charged with enticing a child, according to Lamar County authorities. It comes after a video posted to YouTube over the weekend appeared to show Crews being confronted in the hair dye aisle of a Griffin, Georgia Walmart over sexual messages exchanged between Crews and who he thought was a teenage boy.

The man tells Crews he is with a group called OPHIS, described as an online watchdog group. The 10-minute video was posted by someone named John Savior, who claims to have posed as a 14-year-old boy in order to lure Crews to the Walmart to meet. Interspersed throughout the video were screenshots of messages assumed to be exchanged between Crews and Savior posing as the young teen.

"All I was doing was meeting him," Crews says in the video.

"John, to hang out," Crews answers.

"What were you going to do with John when you hung out," Savior presses.

"Go out and grab something to eat," Crews replies.

Savior confronts Crews about the decoy being 14 years old, something Crews tried explained away, saying he is friends with other boys around that age.

"Is it acceptable for you to meet with a 14-year-old boy?" Savior continues.

While the set-up of the video may seem familiar, what makes it odd is that there is no law enforcement around - Savior appears to have gone to the Walmart by himself to confront Crews.

Ultimately, the video ends with Crews being able to walk off - that's because Savior admits he's not a cop, and he can't make an arrest.

RELATED: She was walking to a bus stop. Suddenly, she was kidnapped and raped, police say.

But once the outrage over the video grew so large, it caught the attention of local authorities. The Lamar County Sheriff's Office posted about the video on their Facebook page, writing, "We have received numerous calls about this video. We currently have this subject incarcerated on an investigative hold. Investigators are interviewing and conducting search warrants."

"Thank you for your concerns and bringing this to our attention," the sheriff's office added.

Crews, who lives in Lamar County according to authorities, ultimately was arrested and charged in connection to the confrontation. He's now in custody in the Lamar County Jail.

11Alive spoke to Savior who admits he was a victim as a child and now works to put predators in jail. And while one investigator told 11Alive he believes Savior's and the group's intentions were for the right reasons, they went about them in the wrong way.