Police have identified the primary suspect in a shooting that left four students with gunshot wounds Tuesday night.

The male seen in the video is wearing a white t-shirt, gray sweat pants, a tan Gucci hat, and gray New Balance sneakers.

Police responded to shots fired near the library at the Atlanta University Center at around 10:30 p.m. where four students were shot.

According to Atlanta Police, it happened near the intersection of James P. Brawley Drive SW and Beckwith Street SW. That's near the heart of the Atlanta University Center in Atlanta's west side.

Police told 11Alive that two victims are Clark Atlanta students (ages 18 and 19) and two are from Spelman College (ages 17 and 18). Investigators said they believe two separate groups were fighting each other and the four victims were simply caught in the crossfire. Police don't believe they were targeted.

Anyone with information in the case is urged to call CrimeStoppers at 404-577-TIPS. Callers can remain anonymous and are eligible for a $2,000 reward. 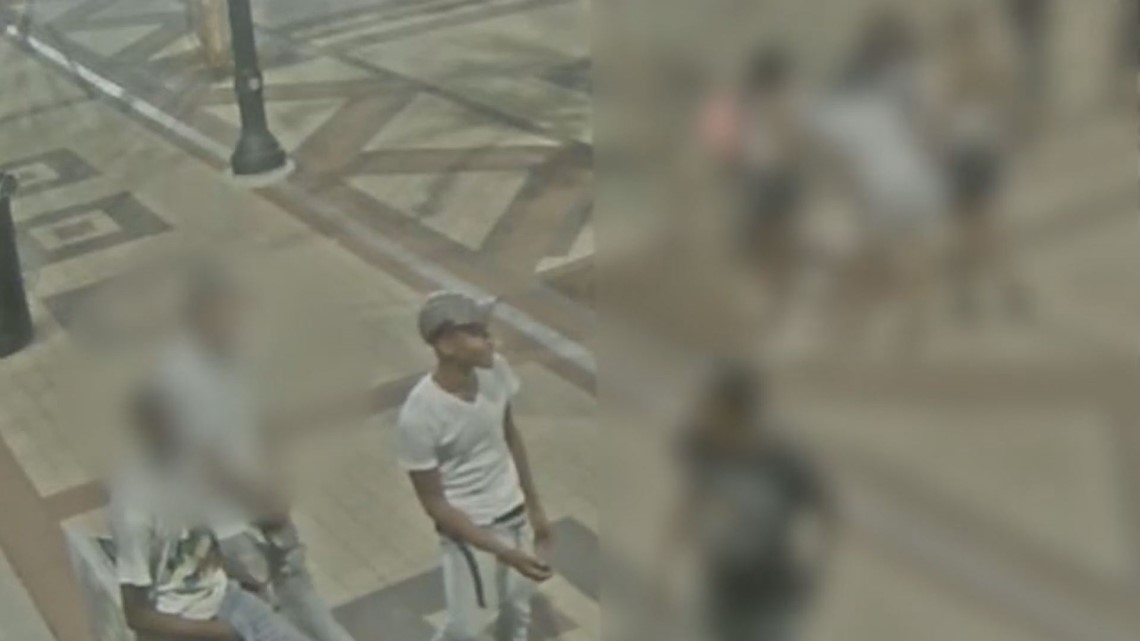 'It's a shock, it's surreal': Witnesses, leaders, schools react to AUC shooting