After multiple videos were uploaded to Instagram earlier this week showing a man appearing to hit and sit on his daughter several police departments received calls. 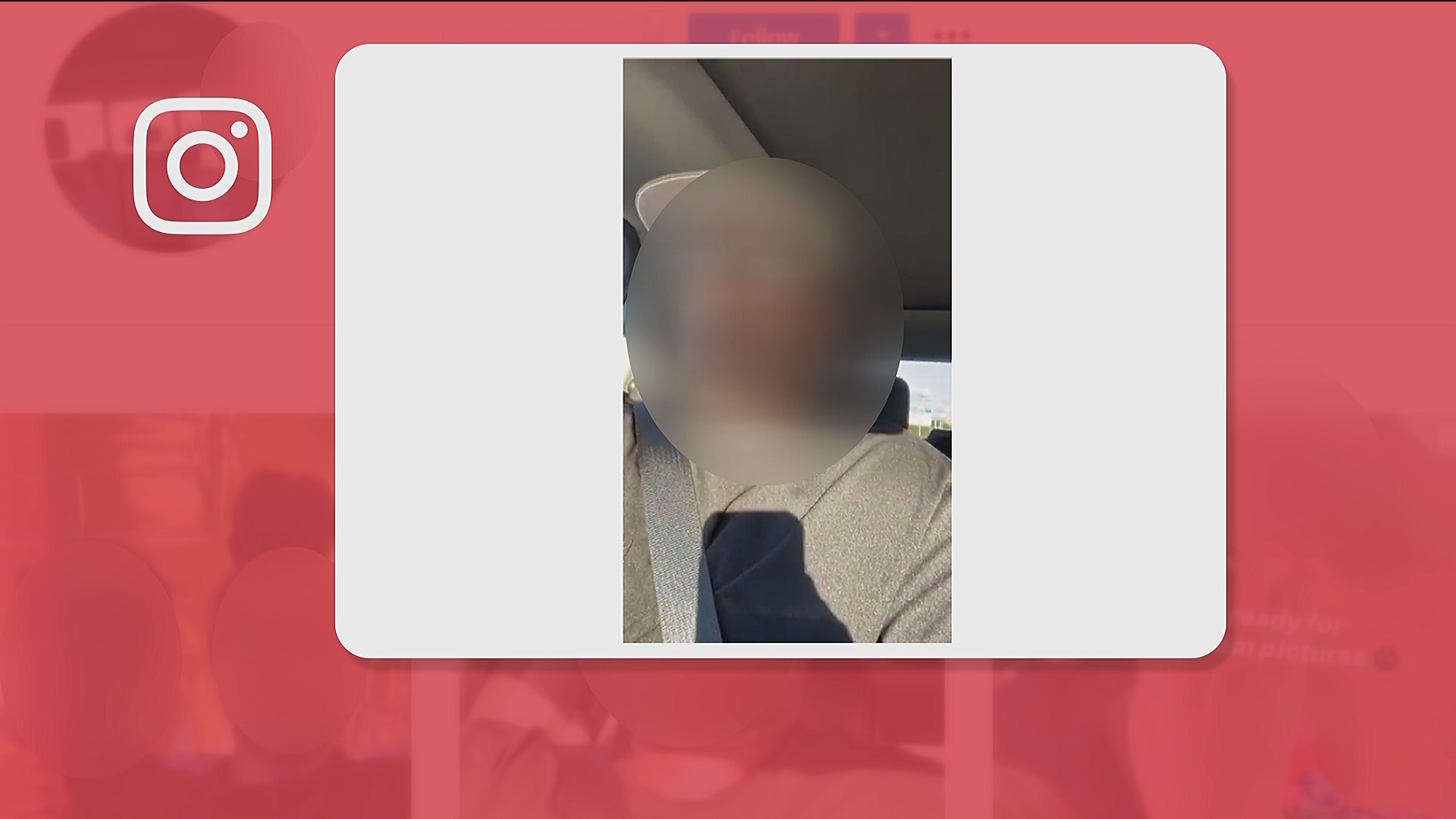 ATLANTA — Three Instagram videos totaling more than 36 minutes show a man in a garage, appearing to abuse a young girl he says is his 14-year-old daughter.

In the video, he appears to hit her, sits on her chest and neck, pins her down while holding her wrists, and uses many obscenities. At one point, she appears to be struggling to breathe.

The videos have been viewed a combined total of more than 1 million times.

11Alive is not identifying the man as he has not been charged with a crime.

In the videos, the man describes the girl as having run away from home multiple times and breaking rules.

"She going to learn from me before she learn from somebody else," he said during one of the videos.

After the videos were posted to Instagram earlier this week, multiple law enforcement agencies received calls reporting the videos.

A Clayton County Police Department spokesperson confirmed that they received a call about the videos, but she said that along with the Georgia Division of Family & Children Services (DFCS), it was determined the incident didn't take place in Clayton County.

Jackson County Sheriff Janis Mangum told 11Alive her office also received calls and talked with law enforcement in Athens-Clarke County, which had received its own tips.

Mangum's investigators determined the incident didn't take place in their jurisdiction, but she still contacted DFCS to report the videos.

"It wasn't something that I wanted to stop with, I wanted us to contact the Family and Child Services and make sure that this child is safe because that is the bottom line to me; is to make sure she is safe," Mangum said.

When asked if DFCS is investigating the videos, a spokesperson told 11Alive in an e-mail, "Due to confidentiality laws, we are unable to answer your questions at this time."

Gwinnett County Police Cpl. Ryan Winderweedle told 11Alive his department began investigating the videos earlier this week and are working under the assumption that the incident happened in Gwinnett County.

A detective with the GCPD Special Victim's Unit is handling the case.

According to Winderweedle, no arrests have been made but the case is considered a 1st-degree child cruelty investigation. He added the detective has talked with the victim, "and determined she is in a safe environment at this time."

GCPD didn't release information describing whether the child is still living in the same home as when the videos were recorded.

GCPD hasn't determined exactly where or when the incident took place, Winderweedle said.

In a fourth video posted to the same Instagram account, the man appears to be driving. He once again mentions his daughter running away multiple times. In this video, he described why he took the actions seen in the previous videos.

"What I was doing by sitting on my daughter's chest is trying to show her exactly how easy it is for somebody else to get control of her," he said.

Alpharetta based psychotherapist Eddie Reece said with the videos being viewed more than 1 million times on Instagram, there is now another potential layer of trauma for the teenager, in addition to what is captured in the videos.

"If a bully pulls you aside in school and bullies you and nobody is watching you have the problem of being bullied," Reece said. "But if they bully you in the schoolyard in front of everybody, then you have this added thing of humiliation."