We're taking a detailed look at what the video shows and what Cobb County officers said. 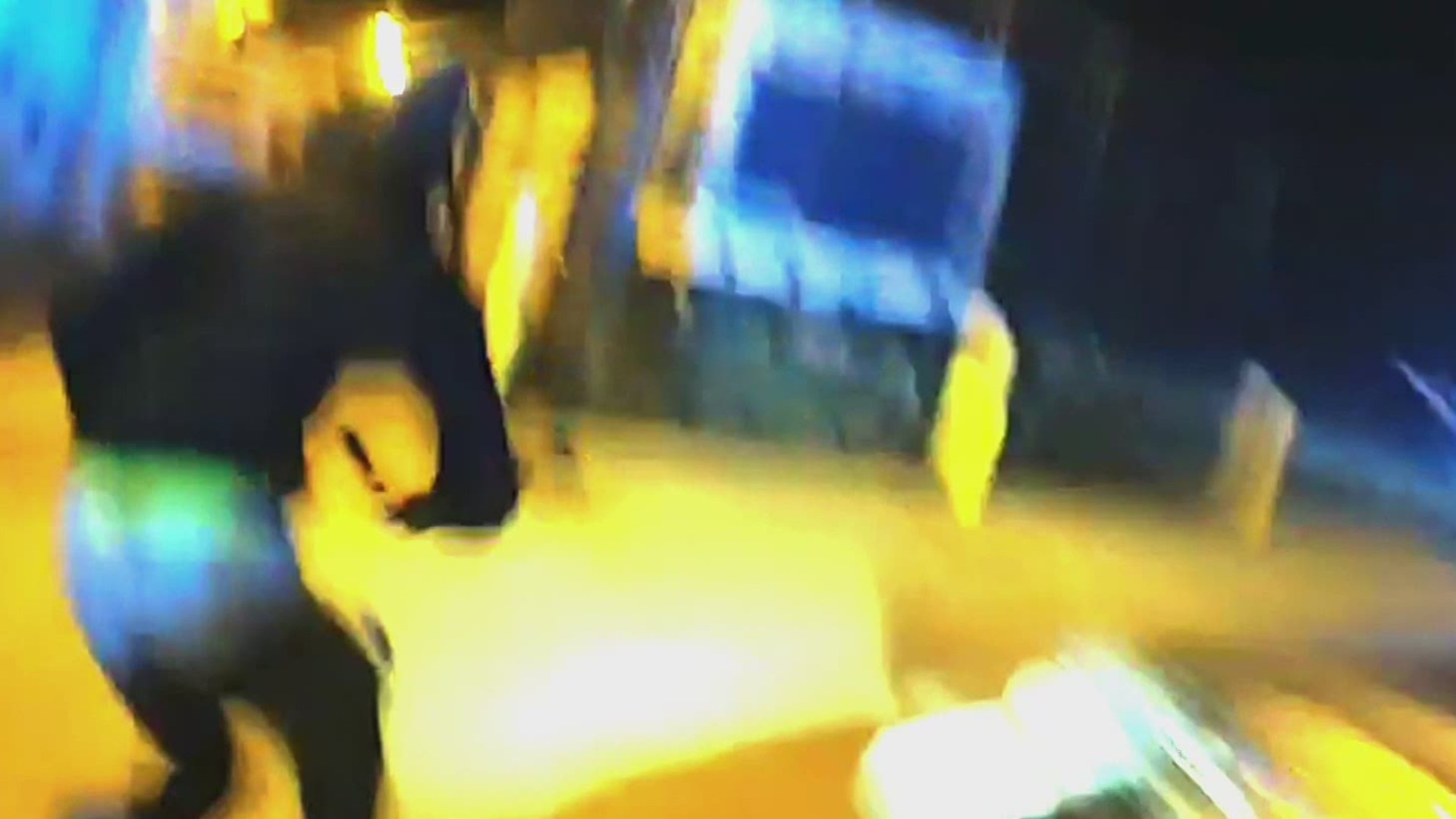 COBB COUNTY, Ga. — 11Alive has obtained all of the body camera and dash-camera video from Cobb County Police from the shooting of Vincent Truitt.

Truitt, a teenager, was killed by two shots to the back and the family has disputed that he was carrying a gun as police insisted. The officer who shot him was cleared by a grand jury in February.

We can see Truitt in the passenger seat.

First the driver bails, then Truitt.

Another dashcam catches the sound of gunfire. You hear two shots off camera. In another view, you can see an officer chasing the driver when Truitt climbs out.

Truitt was shot in the back as he ran away less than two seconds after he got out of the car. There were no commands before the gunfire. Officers immediately performed CPR to try to save his life.

“Lower back and arm, gunshot wound,” one officer is heard saying.

“He tried to pull a gun, I don’t know if he got any rounds off or not,” An officer tells a supervisor on the phone

Body camera then captures a conversation between the officer and a police major.

A silver 40 caliber handgun was found feet from Truitt’s body. Was he holding it before he was shot? The officer’s body camera is too blurry.

“That’s when I observed a pistol in his hand,” the officer said in a GBI interview. “And then that’s when I discharged my firearm.”

There is something in Truitt’s right hand, but even the GBI’s enhanced still frames show just a shape.

These police body cameras are automatic. They adjust themselves depending on the lighting conditions. That can change the shutter speed and the way they capture motion.

At least five cameras captured the scene, but none of them clearly shows a gun in Truitt’s hand. There are two frames where you can see something gray or silver fly out of his hand. The driver of the stolen car also told investigators that Truitt had a gun in the car but he didn’t see him pull it.

Truitt did not survive. The officer was cleared in mid-February by a majority vote of a Cobb County grand jury. But Truitt’s family continues to insist he was a victim. And they are preparing a lawsuit against the police.