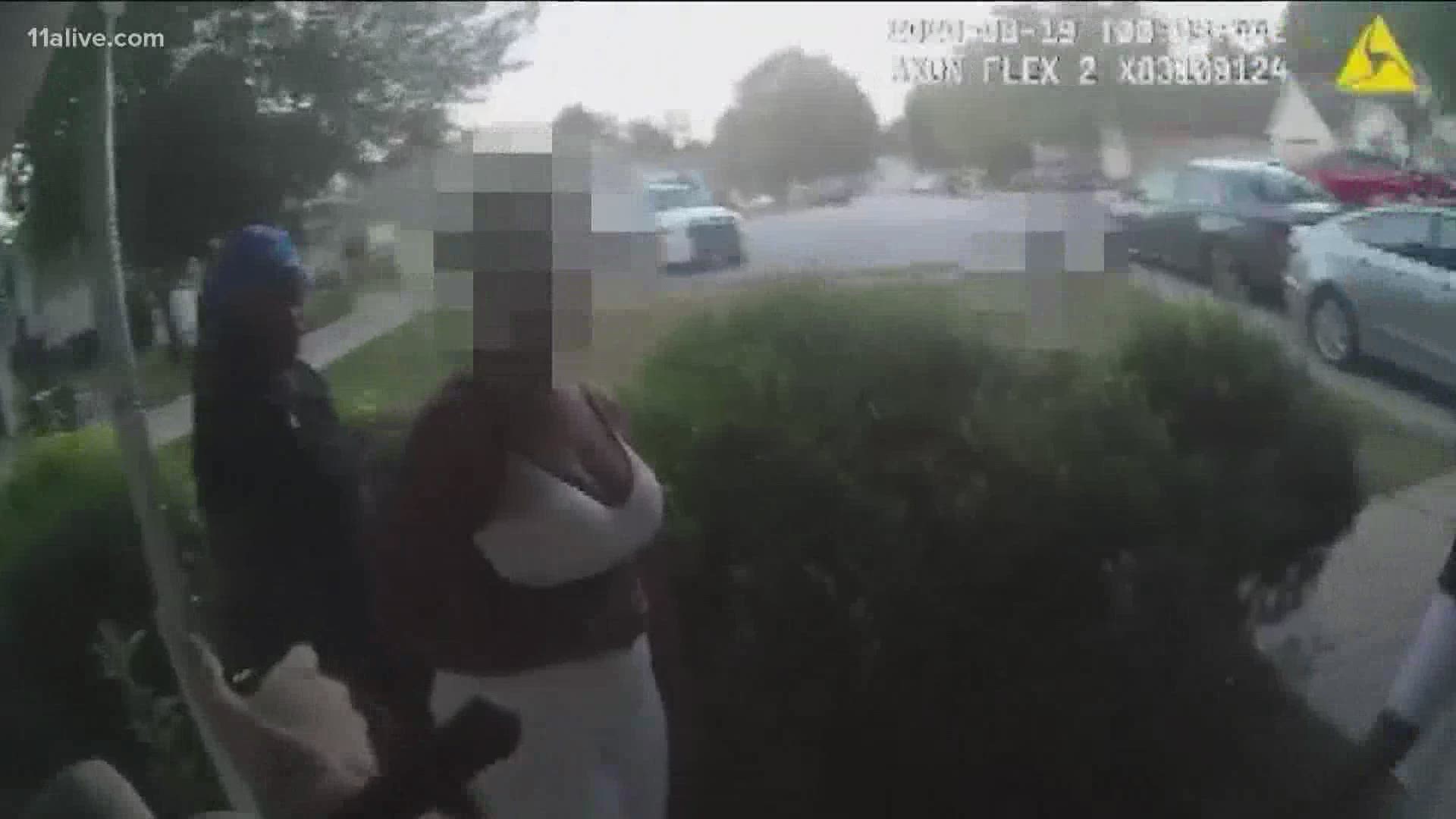 GWINNETT COUNTY, Ga. — Gwinnett Police have fired one of their officers following the release of a now-viral video showing a woman's tasing and arrest. However, they say the arrest itself and use of force were both "within policy."

Officer M. Oxford was terminated Friday following an investigation that police say preceded the release of a video showing the tasing of Kyndesia Smith during an Aug. 18 arrest.

"The investigation in this case has shown that Officer Oxford violated our policy and did not meet our core values," the department said in a written statement.

The department said it all began as a 911 call in reference to property damage in the 1800 block of Summit Creek Way near Loganville. The complainant said that two people had thrown a bottle at her car and that they threatened to assault her and her nine-year-old child. Surveillance video also captured the bottle being thrown and a woman coming to retrieve the bottle before officers arrived.

The alleged victim then directed police to the home where she believed the suspects were staying.

Officer Oxford went to the home and, according to police, immediately recognized one of the women on the front porch from the surveillance video. But when he tried to speak to her, police said Smith began yelling at him.

Smith yelled back and allegedly warned Smith that if she didn't let him do his job she would be arrested. Police said she was given several warnings before Oxford attempted to place her in handcuffs and arrest her.

The now-viral video appears to pick up around this point.

"I'm not going nowhere," the woman can be heard telling the officer, who replies with an inaudible comment.

"It doesn't matter, you're on our property. We did not call you," she tells the officer.

"Do you want to go to jail?" the officer is heard asking.

"I'm not going anywhere," she responds.

The two exchange a few more words before the officer tells the woman to turn around and reaches to arrest her. She moves away from the officer.

A struggle then breaks out between the two, and the officer tells her she will be tased before deploying the device seconds later. Smith falls into shrubs as the officer continues to command her to turn over to arrest her. The video then ends with the officer trying to put her in handcuffs.

Police ultimately launched a three-pronged investigation into the incident that looked into the arrest itself, the use of force, and the overall conduct of Officer Oxford.

"The investigation on the first and second concern reflects that there was probable cause to arrest Smith for Obstruction of a Law Enforcement Officer and that the subsequent use of force was within policy," police stated.

However, it was the third part of the investigation where police took issue with Oxford's actions.

"Prior to the viral social media video being discovered, the conduct of Officer Oxford was already flagged by supervisors and an investigation had begun," the department's statement read. "That investigation looked at whether proper de-escalation techniques were used, and whether Officer Oxford violated our policy based on the manner in which he handled the incident."

The statement paraphrased the department's policy that officers be of service to the general public and "render that service in a kind, considerate, and patient manner."

"One of our core values is courtesy. We strive to conduct ourselves in a manner that promotes mutual respect with the community and our peers," the statement read.

This policy, the department said, was not met in the exchange which was caught on video.