On Aug. 28, Atlanta police responded to the scene and met with the victim who said he was assaulted and robbed by three men. 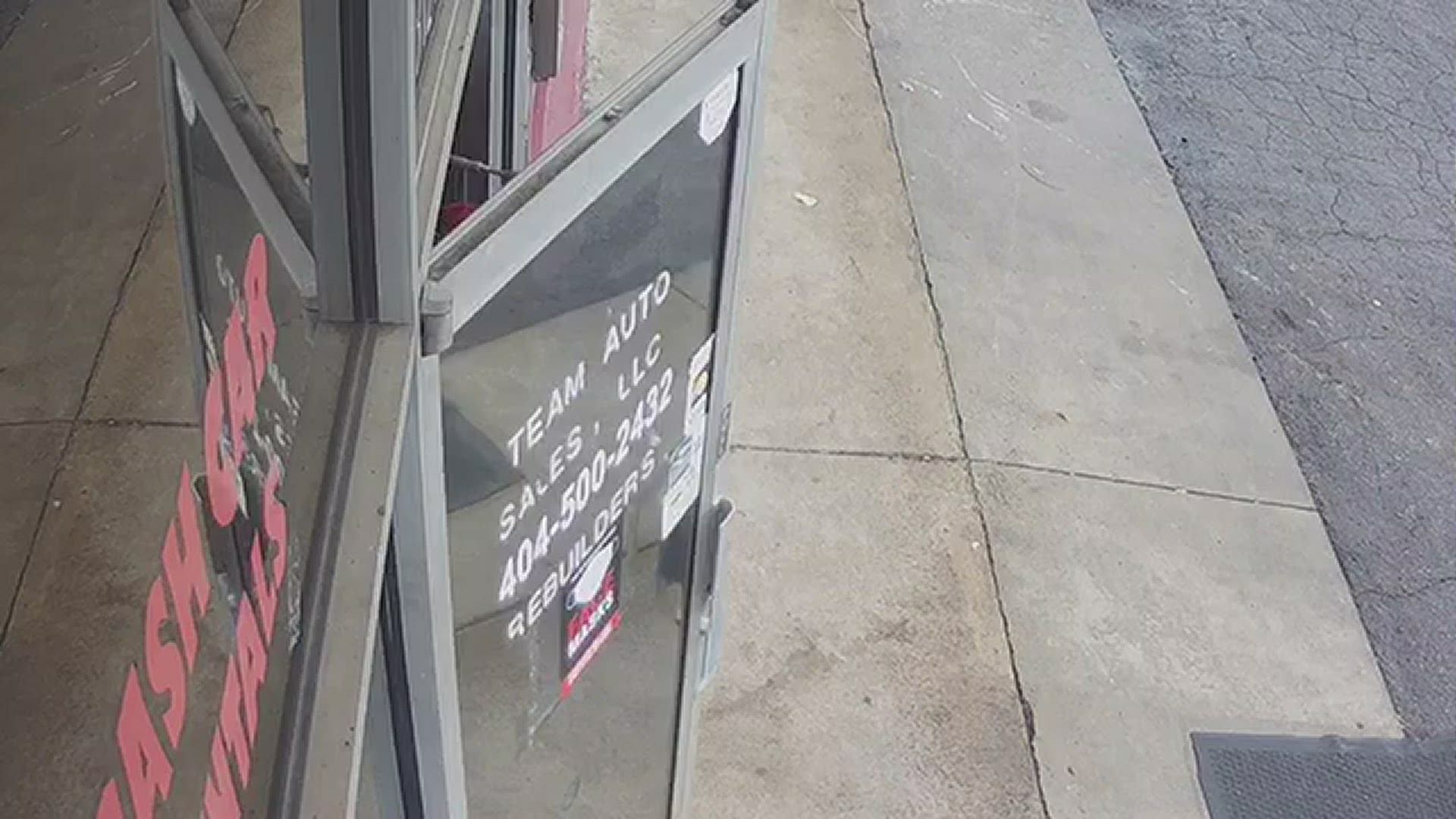 ATLANTA — Atlanta Police released photos and video from an assault and burglary that happened last month at an auto store off Campbellton Road in southwest Atlanta.

On Aug. 28, Atlanta police responded to the scene and met with the victim who said he was assaulted and robbed by three men.

Following the investigation, police say the three men came into the business and spoke with the victim about purchasing a vehicle. He told police that as he gave them an application, he was suddenly assaulted by two of the suspects.

Photos: Suspects in burglary, assault on Campbellton Road in Atlanta

During the assault, they found that the third suspect ran into the business office and began rummaging through cabinets.

The suspects also stole the victim's wallet and fled the scene.

Anyone with information on the individuals or vehicle in the images is asked to call Crime Stoppers. Information on the case can be submitted anonymously to the tip line at 404-577-TIPS (8477) or online at www.StopCrimeAtl.org. You do not have to give your name or any identifying information to be eligible for the reward of up to $2,000 for the arrest and indictment of the suspects.