After two kids shot in DC within two days, activists step in to help

The group Guns Down Friday is sending families of kids affected by gun violence to Six Flags Thursday, but they need your help. 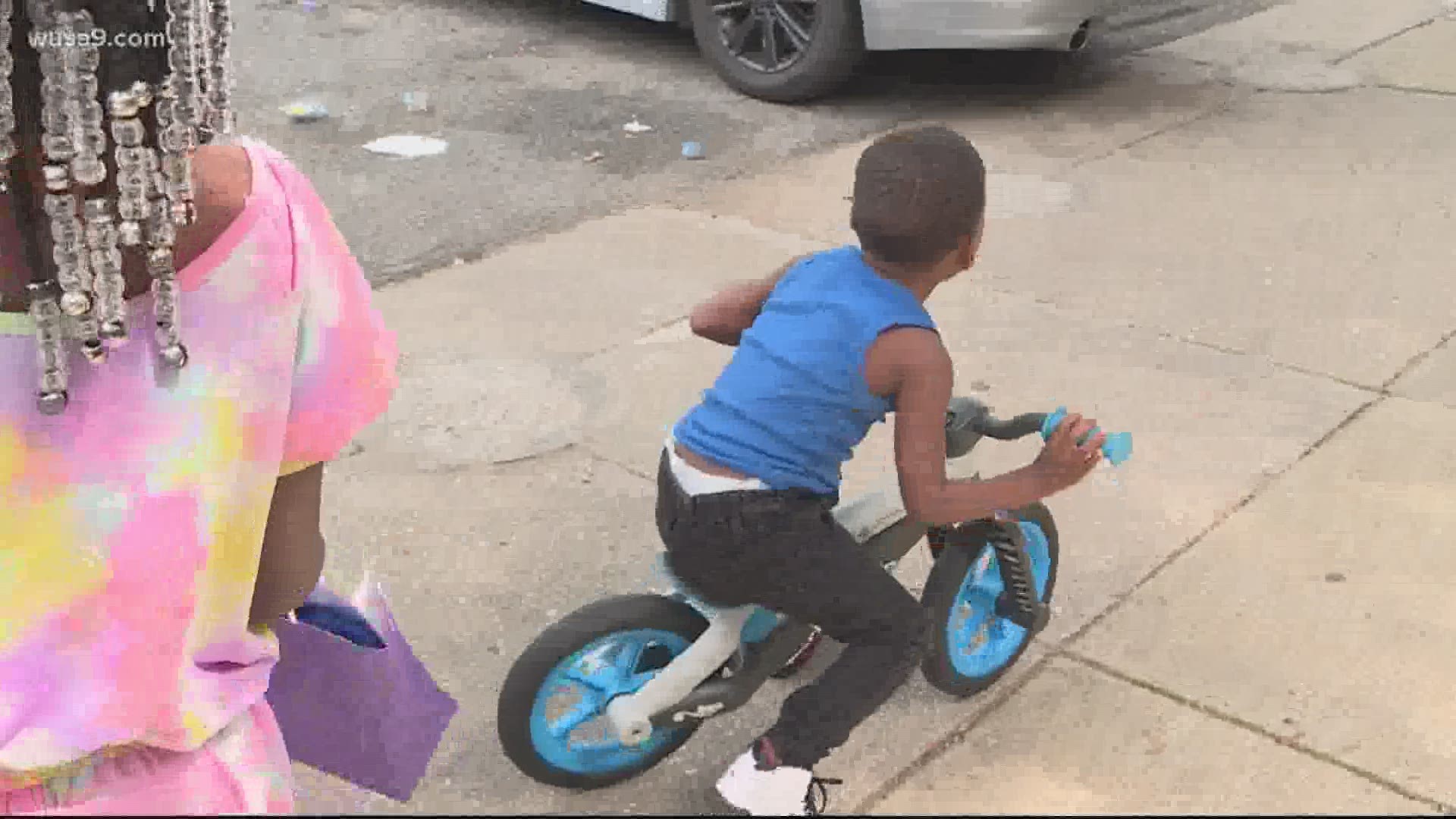 WASHINGTON — Two children — ages eight and five — were shot in DC in two days, according to police. Thankfully, both survived, but this latest trauma is pushing activists to step in to help their community.

Police said an eight-year-old girl was walking near a playground in the 2700 block of Bruce Place, Southeast, a little before 9 p.m. when she was shot. Officials said she sustained a non-life-threatening injury.

The next afternoon — before 5 p.m. — police said a 5-year-old boy was shot as he was walking to the grocery store with his mom along the 1300 block of Congress Street, Southeast.

Officers are still looking for persons of interest in both cases.

“It’s getting worse, and it’s getting crazy, and we definitely need to change," Jawanna Hardy said.

Hardy founded Guns Down Friday in 2018 and since then has been working to help families who have lost children to gun violence — with the motto: “We won’t wait for the government to take care of us. We’ll take care of ourselves.”

Hardy founded the organization when she returned to DC after serving in the military.

"She realized it was a war zone home, and like she said every Friday we would turn on the news, and there’s children being murdered almost every single week in the city, and it’s like what can we do?" her org. partner and director of Guns Down, Kayla Moore said. "How can we bring relief to those kids? How can we help those families? Because once the cameras are gone, how can we provide them support?”

But, activists with Guns Down Friday say enough is enough and are stepping in to help.

Find out how in minutes on @wusa9 at 6! pic.twitter.com/08Pgws2cTV

They've led initiatives as small as regular goody bags of snacks and books for children to conversations with local representatives to — this year — a free Six Flags trip for families of children lost to gun violence.

“These families will be able to have just a safe place to be able to enjoy each other and just bridge a connection in the community, because a lot of people don’t realize that they’re going through the same thing," Moore said. "That is what builds a safe community.”

Right now — kids in neighborhoods that regularly see violence — do not feel safe.

“It don’t make me feel safe when I hear gunshots, because I have these little bad thoughts sometimes," 12-year-old Shaniya McClary said. She'll be attending the Six Flags trip this coming Thursday.

Her friend, 12-year-old Janelle Brooks, was returning home right after the gunshots rang out that hit the 8-year-old girl Thursday.

“I was like, I didn’t even know what was going on," Brooks said. "I just came right here and I was like why the yellow tape? I see police walking around.”

Brooks has grown so accustomed the regular ringing of gun shots that she struggled to even describe what it feels like to be surrounded by it.

DC Police report a 15% increase in homicides from this time last year in 2019. So, even though Guns Down Friday believes it's their responsibility to help unite the community — they're turning their attention to the elected officials — who they're calling on to step up.

“I really feel like we need to pour into the organizations and the people who are doing the work," Hardy said.

So far, they have 50 families signed up to go to Six Flags this Thursday, August 27, and they need more donations to help get them there.

You can send money through Cashapp, Venmo, or PayPal to GUNS DOWN FRIDAY.

Hardy said all donations go directly back into the community — they do not pay themselves.