Two police officers were injured in a shooting at the home earlier on Thursday. 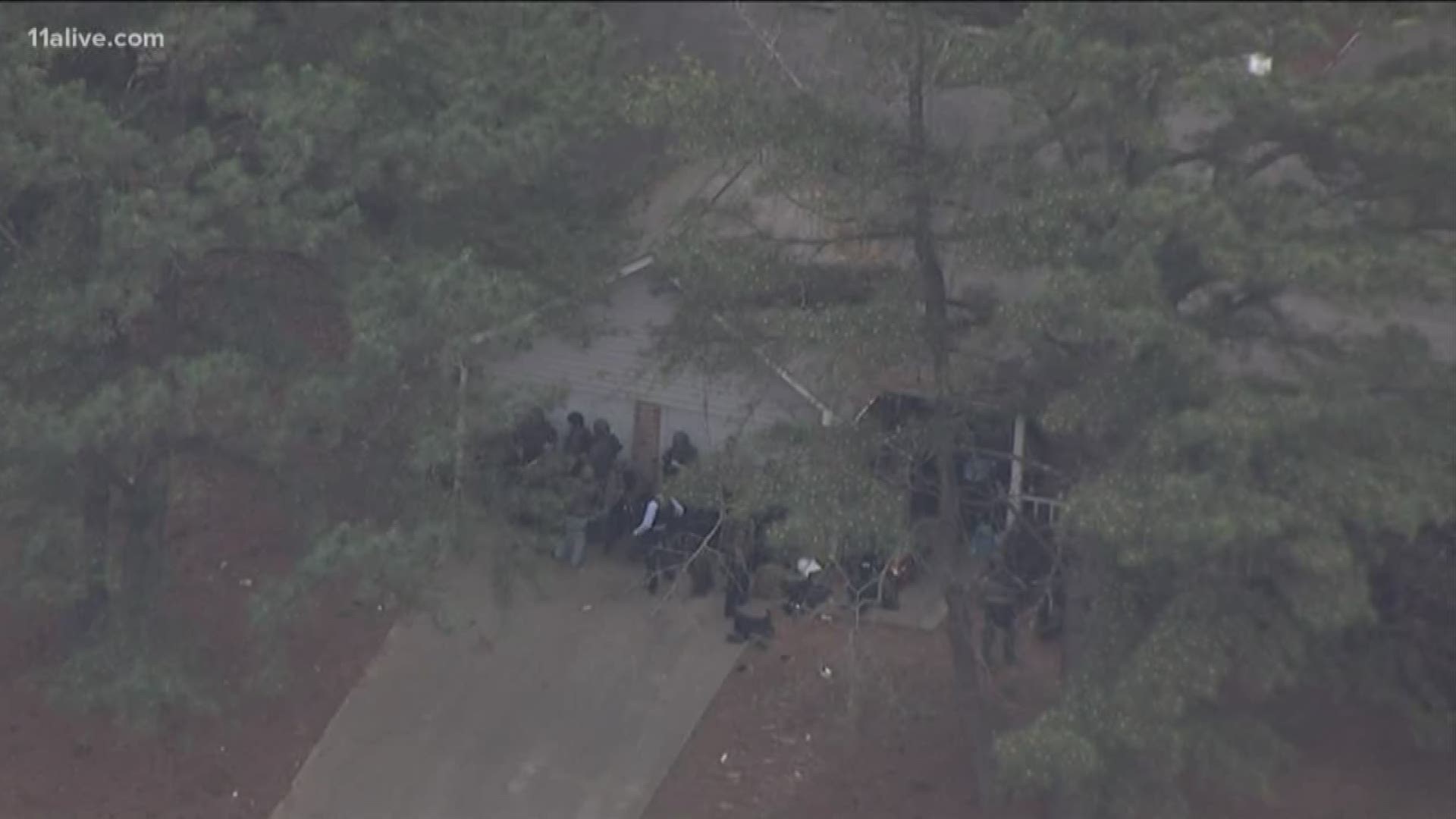 HENRY COUNTY, Ga. — Police said a standoff with an armed suspect that began after two officers were shot in Henry County has come to a tragic end.

Police identified the victims as 39-year-old Sandra White and her 16-year-old son, Arkeyvion.

The suspect was identified by police as 47-year-old Anthony Bailey Jr.

Authorities had been negotiating with Bailey since before noon on Thursday.

According to Henry County spokesperson Melissa Robinson, officers were called to the home in the Eagle Ridge subdivision in Stockbridge after a woman opened the garage door and saw blood on the floor at about 10:46 a.m.

The two officers arrived and made contact with the woman, who said was concerned about a family member inside the home, according to Henry County Police Capt. Joey Smith. The officers forced entry and gunfire erupted.

READ MORE: These are the Henry County police officers shot in the line of duty

Both have been with the department for about seven years. Both men are in their 30s and their families have been notified, Smith said.

The family of one of the officers said he is an Army veteran who served two tours in Afghanistan. They spoke to 11Alive's Jon Shirek as they waited for news outside Grady Hospital in Atlanta.

Credit: 11Alive
Family of injured officer waiting to see him

The suspect was then barricaded inside the home. The suspect told police that he would let the teen go, but he did not.

At about 2 p.m., Danielle Woodruff told 11Alive's Jennifer Bellamy that her cousin's 16-year-old son was inside the home and that she'd been told the suspect held a gun to his head, according to Woodruff.

Authorities from the GBI, Butts County, Clayton County and Henry County were on scene along with SWAT teams. Smith said that the subdivision was blocked off and most neighbors evacuated the area.

"We hate there there has to be a disruption but this is a situation that at any moment someone could be injured,"Smith said.

Later in the night, they started opening some of the streets.

Around 11 p.m. Thursday, Henry County Police said the barricaded subject was still refusing to surrender and refused to provide proof of the well-being of a female and the 16-year-old inside the residence.  Captain Smith said Command made the decision to deploy gas canisters. He added that the suspect did fire numerous rounds at SWAT officers and vehicles, but no injuries were reported. No officers returned fire or engaged the suspect.

Early Friday morning, police made a "dynamic entry" into the home and discovered the bodies, police said.

A neighbor who spoke with media said that the activity came as a surprise.

"It was shocking, my street is very quiet," she said. "This is a very quiet neighborhood."

Police activity initially blocked traffic on northbound I-75 at the Hudson Bridge in Henry County but all lanes are now open.

EMS units were seen arriving at Grady Memorial Hospital in Atlanta. One officer was transported by ground, another was taken by air, Smith said.

When asked about recent violence in the area, Smith said his department is no different than most.

"There's a lot going on in the county, but just like any agency we're going to move forward and progress," Smith said. "We'll just deal with it like we do in any other case."

Henry County Police has seen a lot of loss over the past year. In December, Officer Michael Smith was shot and killed after responding to reports of a belligerent man at a dentist's office.

RELATED: What we know about the shooting that killed a Henry County police officer

RELATED: Slain Locust Grove police officer was about to become a father for the second time

In November, a juvenile justice officer was shot while transporting a 15-year-old in Henry County after the teen reached for her weapon. The officer and suspect both survived the shooting.

This is a developing story - refresh often for developments.