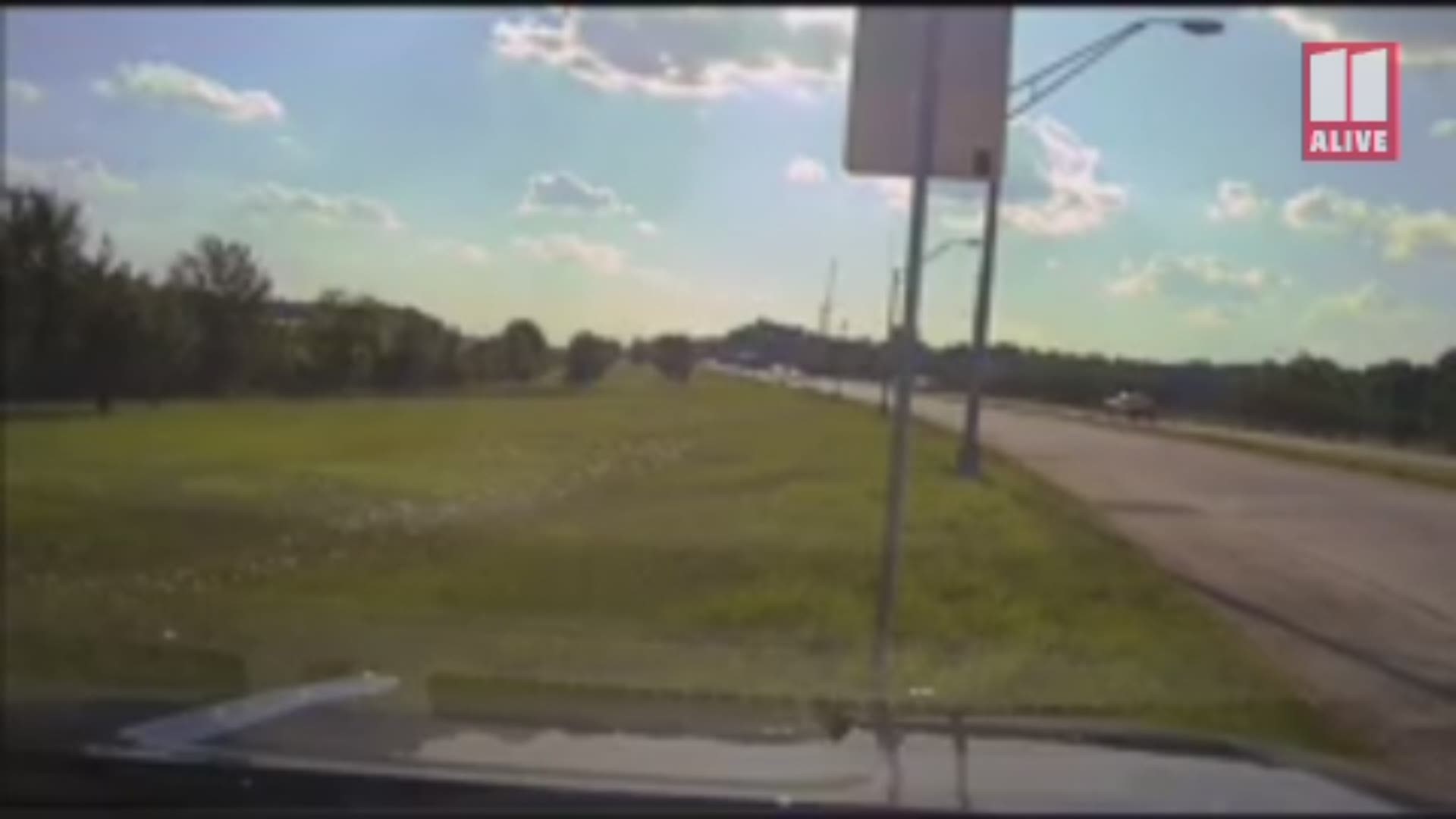 TREUTLEN COUNTY, Ga. — A high-speed chase that left a Georgia State Patrol trooper with a broken leg ended with a man slamming into a parked police cruiser last Friday in southeast Georgia.

The Metter Police Department posted dashcam video of the incident on Tuesday night, showing 27-year-old Cornelius Roberts swerving to avoid spike strips and running along the shoulder headfirst into a cop car.

The department said that a trooper from GSP, which was also involved in the chase, broke his leg attempting to lay down a different set of spike strips. He continued in the chase, however.

The chase began in Treutlen County and ended at Exit 104 on I-16 in the area.

“As the vehicle turned onto the 104 offramp, CPL Ray Smith deployed a set of spike strips onto the off ramp  and the vehicle swerved to avoid the spike strips, causing the vehicle to lose control,” a Metter Police Department release said. “The vehicle continued out of control until striking the cross over arm and then running into CPL Ricky Lovett’s patrol vehicle striking it head on.”

According to the release, Roberts then fled on foot before he was caught and arrested.

He sustained only minor injuries in the wreck. He was charged with a number of counts, including felony fleeing/attempting to elude, possession of marijuana and what Metter police described as “a host of traffic related charges.”

The trooper was treated for his broken leg and released.

Metter Police Chief Robert Shore said it was the first instance in which spike strips were used since the city had approved them.