The 8-year-old was sitting in a car with her mom when she was shot. 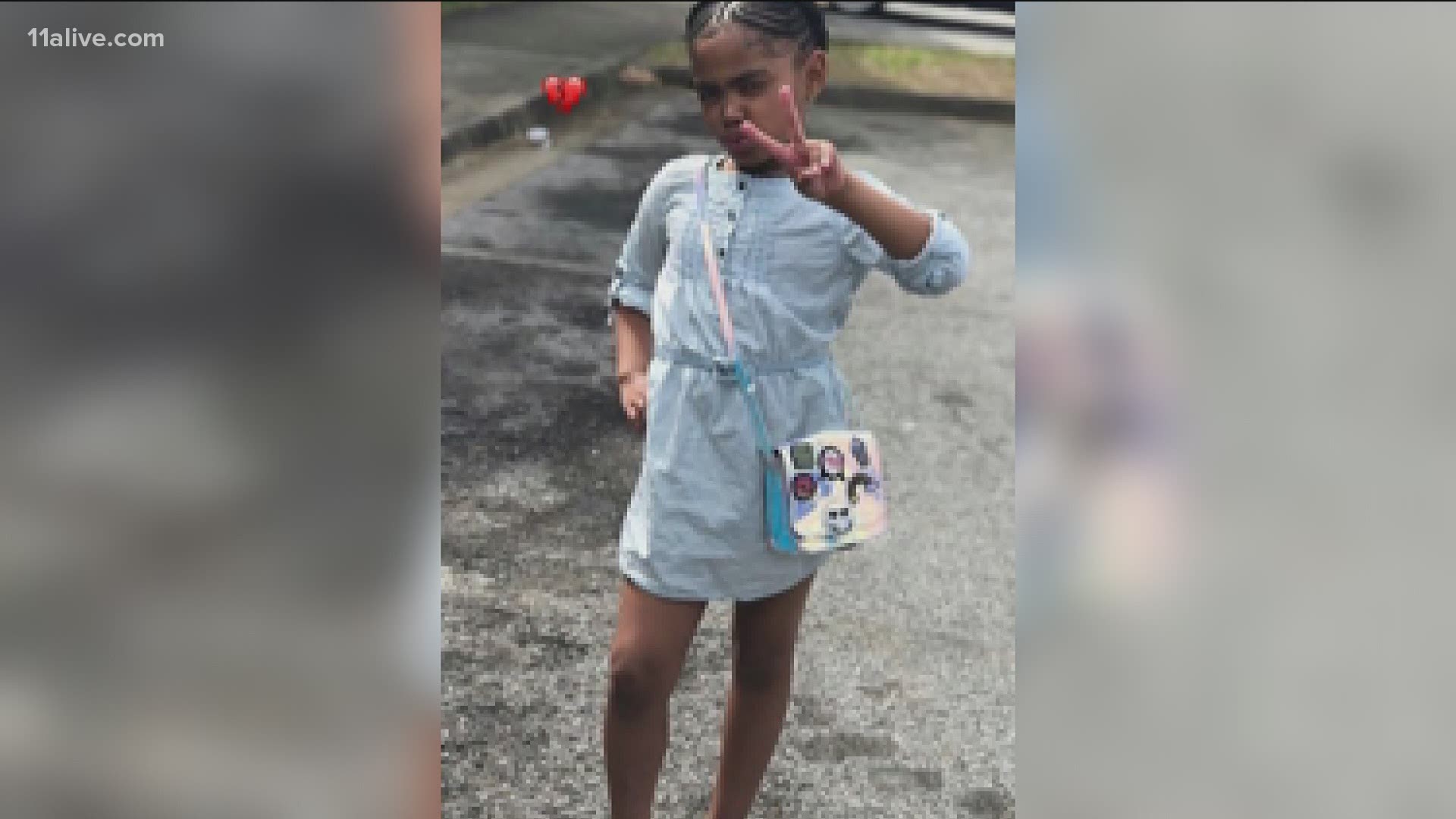 ATLANTA — Charmaine Turner spoke to haltingly into a microphone as she sat alongside Atlanta Mayor Keisha Lance Bottoms on Sunday.

She told the world about her 8-year-old daughter, Secoreia Turner and what she would have been doing.

"She would have been on TikTok dancing, in her phone, just got finished eating," Turner said.

The pain in her voice was palpable. It had been less than 24 hours since the girl was shot and killed while riding in a car that had exited the Downtown Connector on University Avenue.

"We understand the frustration of Rayshard Brooks. We understand," Turner said. "My baby didn't mean no harm."

The area where Secoreia was shot was only yards from the now-burned out Wendy's restaurant where Rayshard Brooks was killed by Atlanta Police on June 12.

"They say Black Lives Matter. You killed your own this time," said the child's father, Secoriya Williamson. "You killed my baby because she crossed a barrier and made a U-turn? She's a child. She didn't do nothing to nobody."

His pain was also evident.

"She just wanted to get home to see her cousins," he said, putting his head down as he passed the microphone back to the mayor.

Williamson's pain reached the White House. President Trump's press secretary, Kayleigh McEnany on Monday afternoon, quoted his statement at the conclusion of her press conference while chiding the press corps for not asking about the increase in street violence over the holiday weekend in cities like Atlanta and New York.

"Tragic loss of life," McEnany said, in part. "But not one question during the briefing."

The car that the girl was in with her mother and an adult friend had tried to enter a parking lot at 1238 block of Pryor Road, according to Atlanta Police, when they were confronted by a group of armed persons who had blocked the entrance, police said.

During the confrontation, someone in the group opened fire at the car, hitting it multiple times and hitting Secoreia.

The driver immediately drove to Atlanta Medical Center for help for the little girl, but she passed away at the hospital.

Atlanta City Councilmember Joyce Sheperd said she was deeply hurt and disturbed by the incident.

"That's my district. It hurts my heart, that we have an 8-year-old," she said. "in the car with her mother, and actually get shot."

"Our hearts absolutely break for this precious life senselessly taken. Marty, the girls, and I are praying for the Lord’s comfort over Secoriea’s family and loved ones in the face of this tragedy," the governor said, in part.

A $10,000 reward has been offered for information leading to those responsible for the death of 8-year-old Secoriea Turner. Atlanta Police said on Sunday evening.

McDonald's employee in critical condition after being hit by car in dispute over wrong order, police say