The restaurant said they are working as quickly as they can to reopen. 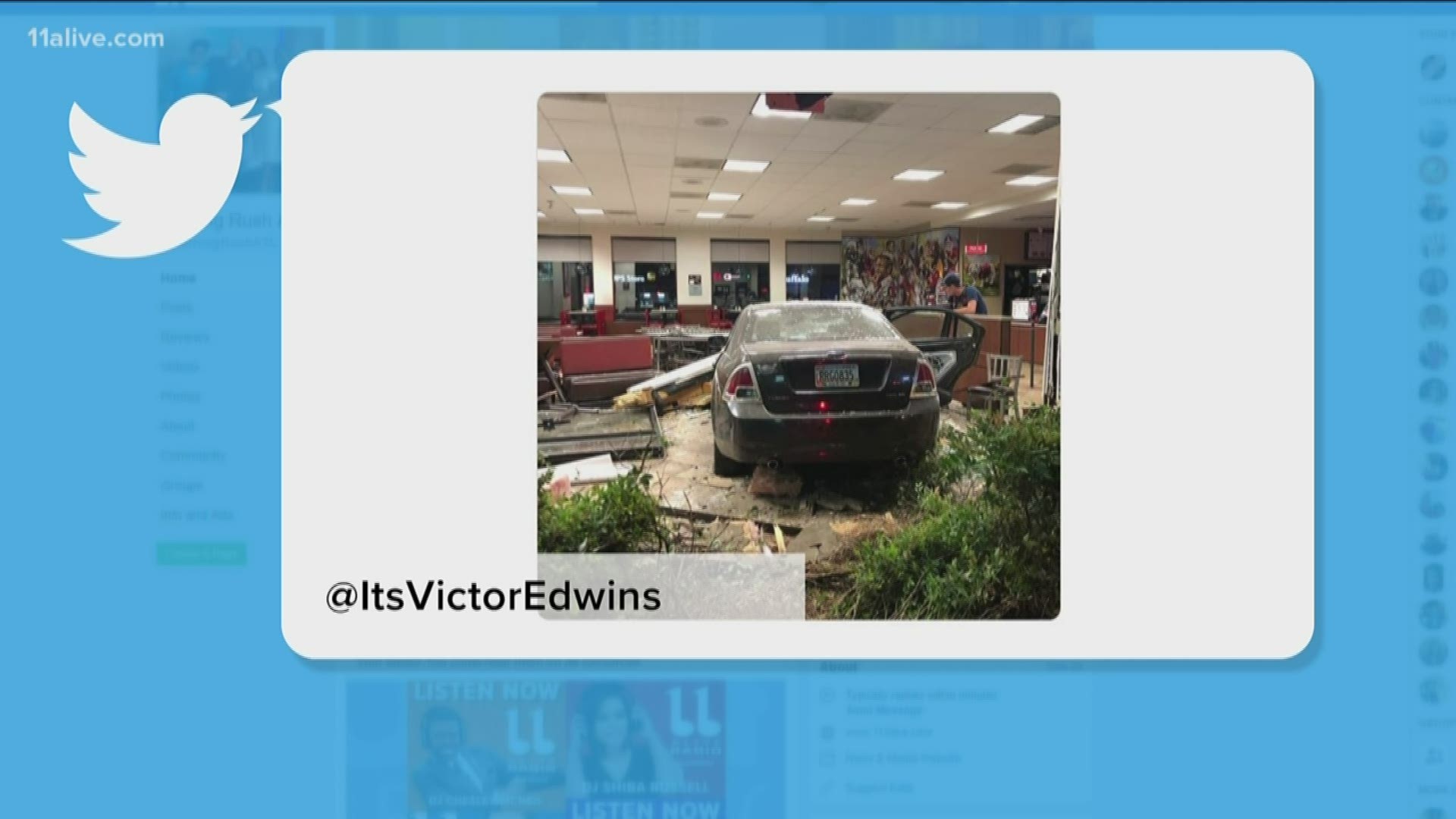 ATHENS, Ga. — Athens residents may have to find a new Chick-fil-A to go to Tuesday morning after the owner says a car drove straight into the restaurant on Alps Road.

The operator of the restaurant, Shane Todd, told 11Alive that the green Ford Fusion apparently crashed into the restaurant around 3:45 a.m. as police were trying to pull the car over.

Athens-Clarke County PIO Geoff Gilland said an officer spotted a car driving "in a way that attracted his attention" westbound on Broad Street. When the officer ran the tag number, he found out it was stolen. Gilland said the officer tried to pull the car over, but the driver wouldn't stop and pulled onto Newton Street. The officer lost sight of the car, but a second officer spotted it and attempted to stop it as the car was driving from Baxter Street into Alps Road.

Police said two juveniles were behind the wheels of the car. The young female driver was turned over to the Department of Juvenile Justice and the young male was taken into custody, according to Gilland.

One twitter user tagged us in this picture a few hours after the incident.

The officers couldn't tell how fast the car was going and are not referring to their attempts to pull the car over as a police chase, Gilland said.

ACCPD said no one was injured.