An inmate who escaped work detail in Cordele, Georgia was found in Adel late Thursday evening. 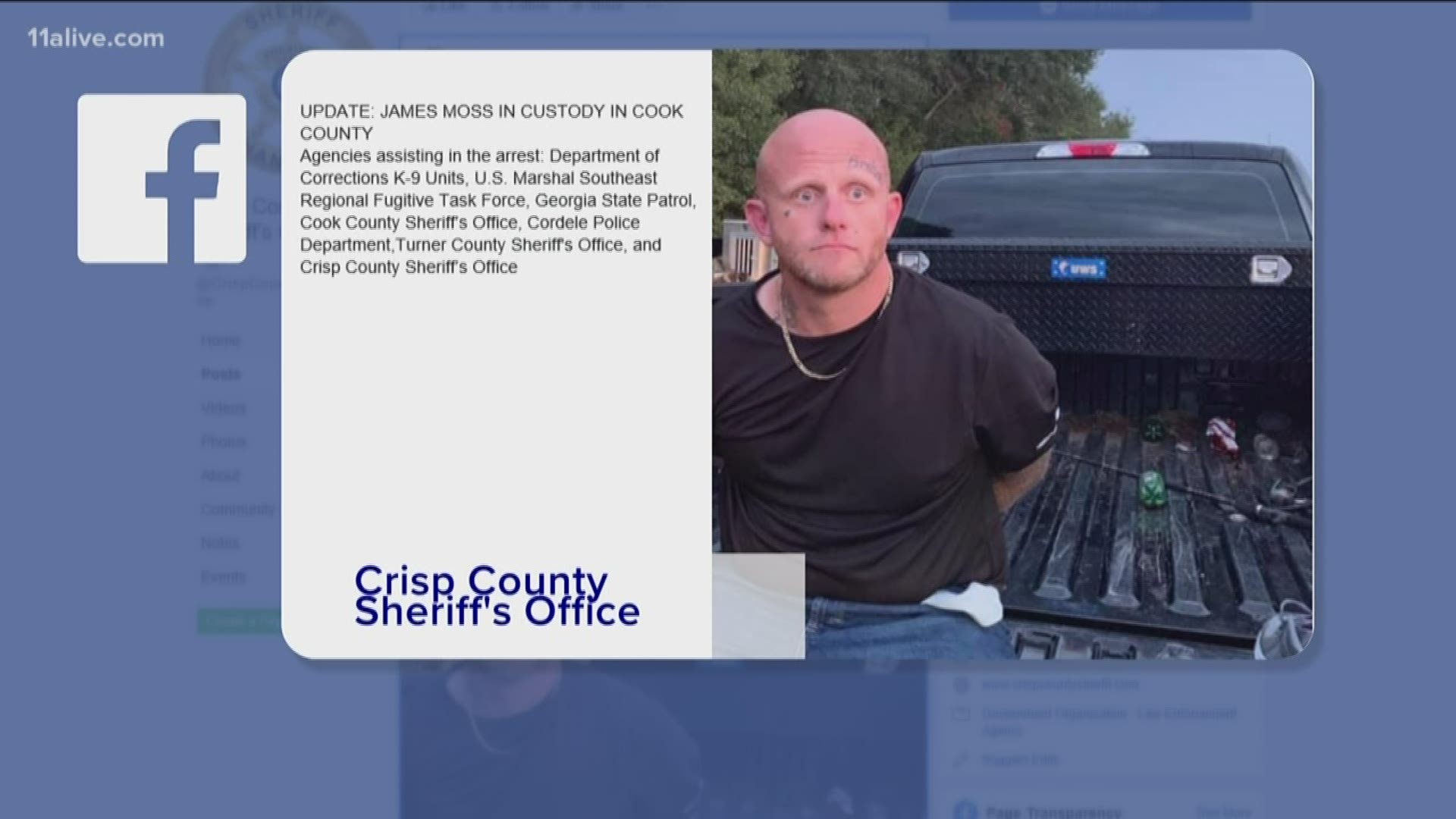 ADEL, Ga. — The Georgia Department of Corrections says a Wilcox State Prison inmate that walked away from a work detail in Cordele on Thursday has been captured.

Authorities warned James Doyle Moss, 39, may have been traveling in a black Toyota Camry with a license plate reading RSD3905 - though it's unclear if that ended up being the case. He was captured in the town of Adele in Cook County, Georgia later Thursday evening around 9 p.m.

Moss has been in prison for eight years, serving a 10-year burglary sentence. It's unclear what new charges the escape attempt will add or what that means for his existing sentence.

Woman tied up, robbed in her East Point home